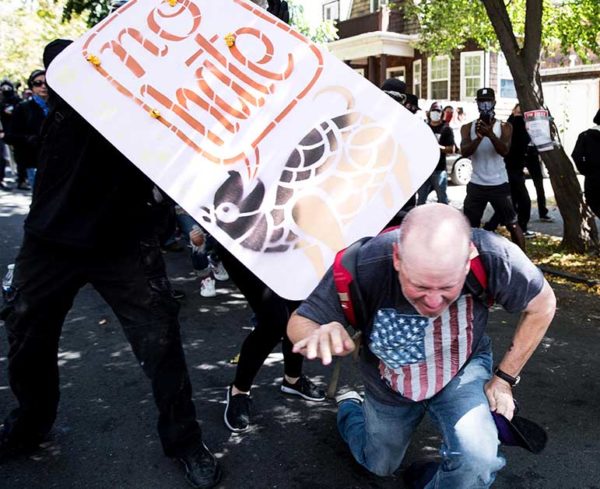 Despite the acknowledged supremacy of atheism in our time, it seems as if most people have intimations that it is not quite the whole story. At least, we can reject the old man in the sky fantasies of simplistic mass religion, and also the mindless mechanistic universe at the same time, simply because neither feels right.

We are born, at least, believing that we came from another place. Scientists will waggle fingers at us and say that this is merely an artifact of the creaking of our neurons as they grew, or that we are remembering the early days in the womb. Perhaps they are right, but these beliefs more resemble memories than hallucinations, and most brain distortions dope out as those.

Another thought comes to mind when we consider the behavior of human beings. Most people seem to go through life as a series of tantrums; things are either good, at which point they are at rest, or something is off, which requires constant dramatic and violent behavior to create a disturbance until it is resolved. While many tantrums are directed at other humans, more seem to target life itself.

It is as if we are constantly negotiating with a heavenly parent. This behavior — occurring at a level lower than the formulation of argument, rationalizations and explanations in the conscious mind — suggests that we are signaling to someone rather than something, like petulant children who want to attract the attention of their parents.

Naturally, much of this is our own solipsism; we are signaling to ourselves because we cannot formulate complete thoughts without calming our personalities and focusing on the data at hand, and to do that is to remove the veil of solipsism. But it also seems to reflect something more than a belief, like an underlying or intuitive knowledge, that life is a negotiation between us and some power.

Our nature reflects our duality of origin: we seem to be monkeys which are capable of logical thought, although this is often not applied. Sometimes the logical mind wins out, but often, the monkey mind rises and takes over, at which point we go back to posturing, signaling for attention, bluffing, posing, smashing non-conformists and other monkey behaviors.

At the core of everything seems to be a great rage at life for being a vast mystery. Nothing is as it represents itself, mainly because all that we see are the effects of distant causes, many of which are invisible because of their locus away from the site of their impact, often simply through time or one of those Rube Goldberg contraptions of many things triggering in a row.

Eternal human frustration results from being unable to directly manipulate whatever causes make life into what it is. The mathematics of life defeat us: we know that too much repetition causes breakdown, that no golden moment can last forever, that what is excellent will be rare, that people will never be equal. Our fundamental tantrum is denial of these things, using other people as our personal army to do so.

That personal army eventually weaponizes into a mass cult movement like Leftism. It starts simply as the individual, angry at life for being unfair and wanting to never be the loser in any conflict or to fail in any decision, demanding that bad be made equal to good so that this individual does not lose out when he makes bad decisions. From there, the pathology snowballs.

In doing so, humans have made the tantrum permanent. They have rejected the triad of nature, logic and divinity and replaced it with a construction of human-only knowledge that reflects the biases of the individual. Ironically, because as the old saying goes, “the exception proves the rule,” this firmly suggests that all of us, especially those who deny it, realize the primacy of nature — and believe in God.