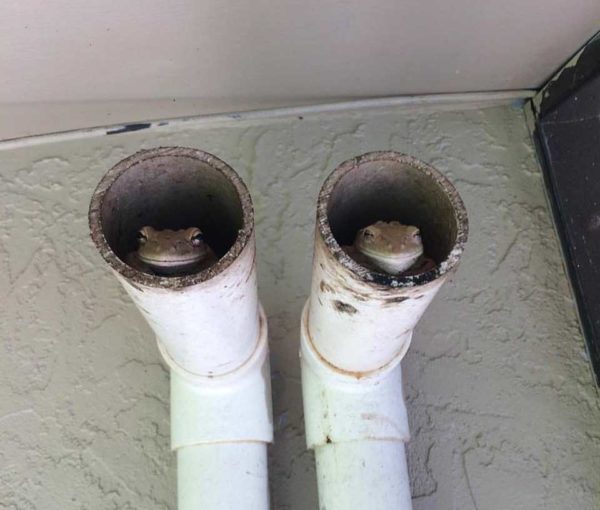 The recent emergence of the BBC international news service in pidgin English reminds us that our mode of communication determines what we can successfully express. If we render ourselves in simplistic language, we will make incomplete and misleading points.

This spurs the large question of how to talk to one another, which must consider a few vital challenges:

Talking while using the wrong words can cause serious reputational and financial losses, which means that we should establish a new framework for discourse, starting with standard language, instead of emulating the Left and applying “community standards” as a means of making language simplistic in ways that exclude certain “problematic” viewpoints.

S.C. Hickman reminds us that societies have always struggled with this, and to address it, have created not safe spaces from expression, but spaces where expression can safely tackle difficult and normally contentious issues:

Remember invective and satiric wit or jibes came out of the traditions of Athenian aristocrats rather than commoners. Athenian prohibitions on slander were curtailed by the licensed freedom of speech (parrhesia) of a religious festival. So that both Comedy and Satyr plays arose and emerged out of traditional religious festivals where political invective and humor could be assayed whereas in real life it was deemed anathema and would entail slander and ultimately banishment or worse, death against any and all who used it.

…Those like Ann Coulter are effective and best sellers: biting humor and scathing farce triumph, where serious candor of political intelligence are at best filtered through academic spinsters.

Freedom of speech in the purest form entails a shouting contest or competition for the wittiest put-down, so many societies curtail it. To avoid losing what might be said, they instead raise the bar, and force it to be inserted into a political oration, theatrical production or lengthy treatise.

This was in fact the original idea behind American freedom of speech, which was designed to protect political, social and philosophical critiques written in newspapers or declaimed from street corners. Only recently has it come to mean the ability to publish pornography, nearly libelous insinuations of the media, rants filled with obscenities and cretinous modern art.

But what is acceptable depends on the nature of the society. Nick Land made a few observations of this nature:

For a society to work, it must have both wealth/production and some form of cooperation. Different structures can provide this in varying degrees. We can see this process unfolding in Africa today.

Liberal democracies of a diverse nature require that the local population, in order for cooperation to work, forfeit some of its traditions including its standards of safety. As seen in South Africa under Nelson Mandela, or in Zimbabwe with Robert Mugabe, this model prioritizes cooperation of all groups which sacrifices the standard of whatever group has higher or more complex traditions.

In contrast, the China colonization of Africa promotes “normalization” which instead of focusing on diversity, looks to whatever tribe is dominant in a region and channels wealth and power to them. This tends to strengthen local safety and stability instead of prioritizing defense of the rights of minority tribes.

The former model is failing in part because of its high cost of administration, but mostly because it forces normalization to a minimum instead of emphasizing striving for a maximum as exhibited by the most successful group in the region. An old African proverb holds that when fish and crabs are caught in a net, the crabs pull the fish down, because if the crabs are trapped and doomed, they feel that no one should escape that same fate.

Looking into these two examples, we see an axis between acceptance and intrusion. Acceptance is a sense of belonging to an environment; we know that in order to develop potential among children, each child must feel innately and irrevocably accepted, something only made possible through a friendly, tolerant and somewhat mandatory environment.

In contrast, adulthood shows us intrusion. The child must graduate school and enter the less-than-friendly job market where extroverted people have a better chance of survival because they crave and seek a way of finding personal — not universal — acceptance in the previously unknown territory of the workplace.

Introverted people, because they are self-guided, seek acceptance when they are young because they know that if left alone, they will learn what they need to and grow at their own pace. Extroverts, on the other hand, perceive a sense of harm and injustice if they are not allowed to participate, which when they are young and socially inept is a possibility, so they want a system which cannot demote them for being wrong or selfish.

Extroverts constantly seek social acceptance on an individual level into adulthood. If there is a workplace problem, the extrovert will seek out the parties involved to negotiate a resolution, where the introvert will engage in avoidance or confrontation of a legalistic nature, as we see with whistle-blowers who choose to detonate a situation rather than attempt to impose a solution internal to the organization.

In traditional society, this was addressed by having different roles for introverts and extroverts. Introverts handle analysis and principles well; extroverts handle other people well. Talented introverts drifted toward the top because they were less likely to compromise, work around, patch up or ignore systemic problems.

Globalism requires different social skills than traditional society. When the entire world becomes a combination of workplace and shopping mall, then extroverts benefit from this acceptance-type society because they inherently do not take it at face value, but work around its little glitches and exploit it for their own gain. Since they are granted acceptance, they do not worry about whether their acts will have good or bad results, because they are accepted just the same.

In this way we see how socialization, or the process of having social factors dominate over others, can be destructive and leads to the type of civilization that globalism creates: individuals entirely isolated, lowest common denominator prevailing over more complex ideas, unpopular truths ignored, weak eating the strong, and corruption at every level.

We all want a friendly discussion. However, if we make that the goal, we compromise everything else in order to be friendly. For that reason, we need to assist ourselves in order to understand how intrusion, not feelings and acceptance, forms the basis of a logical interaction between the individual and the organization, a category which includes not just corporations but civilizations as well.

Review of Gravity of the Game by Jon Del Arroz | Outsiders Forever: The Plight Of Near-Whites In White Society