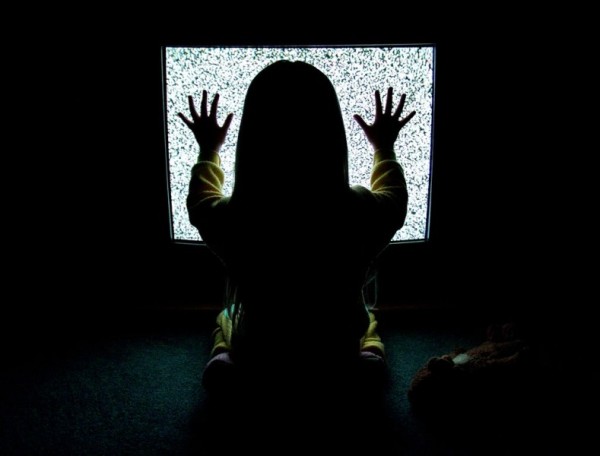 The loneliest thing on earth is to watch television: things happen on the screen, and ideas change or are reinforced in our minds, and we are left with the impression that something actually happened. It didn’t – outside of our minds. Thus televisions are bubble worlds, both insulating ourselves in the castle-prison of our own opinions and perceptions, and like drugs an encouragement to passivity. If the greatest events in our life happen solely within our own minds and do not necessarily involve external reality except the social factors of what other people think, there is no need to act so to secure changes in external reality. What happens out there just happens, and what happens in here we can control and makes us feel good, so focus entirely on the individual and its perceptions.

Television as a psychological conditioner is thus a wrecking ball. We have trained huge populations to watch the damn thing every night, and make the conclusion implied but not outright stated by the news or any number of “entertainment” programs that nevertheless tackle “social issues” so they can be perceived as serious/artistic. That way, if a poll (What is your opinion? All opinions are important) or vote comes up, that huge population can weigh in with whatever opinion proves most popular, which necessarily has little in common with reality. Put up a choice between an easy decision that makes us feel better (free cake, entertainment, or some emotional positive feeling) and a hard one (self-sacrifice, long-term thinking, culture or learning, eating our spinach) and the population will inevitably choose the easier decision at makes them feel better right now, and if they’ve been coached in advance by the talking blue screen, well, then it’s a shoe-in.

So am I saying that… an evil conspiracy controls both television and government? No — we are both individuals, and our own rulers, and together we’re deluding each other. Much as in business we sell each other products, or tell socially-acceptable lies to make other people do what we want, or even urge our girlfriends toward oral sex with selective quotes from famous actresses, we are swindling each other. We are each both producer and parasite, and the only conspiracy is our collective ignorance and willingness to manipulate others for our own convenience. Is television the devil? Like all things, technology enhances previously existing forces and multiplies their effect, so television is like “peer pressure” turned up 1,000% and is vastly effective. It turns us into passive toads who like queens utter a “yes” or “no” and imagine it means a difference, which for the short term it appears to.

Think about it this way: businesses sell us products, but are always finding some more popular than others. In an effort to find out what will be popular, they poll us endlessly and conduct consumer opinion surveys, but these fail as often as they are successful; when consumers are asked to compare two extant products, they do alright. When asked what they actually want, they come up with with fanciful notions and unrealistic suggestions. Business responds to the population’s will, but the population is forced to choose from what business offers… government caters to the population, but only the choices offered by government are available… media tries to follow public opinion, while showing the public what it believes to be that public opinion, regurgitated through the filter of “art” (entertainment, distraction) or profit. Which came first, the chicken or the egg? I dunno, but in a democracy, the chicken will not vote to produce an egg.

We can see television’s effects dramatically on the internet. At first, the internet was seen as an information resource (especially when its most profitable industry was pornography) but rapidly it became a participative one as chat, forums, and video flooded it. Where people once sought informational resources, now they seek entertainment; where they once could, like software developers on an email list, discuss ideas and come to a conclusion, now they re-affirm their own conclusions by shouting opinions at those who have contrary beliefs. It has become a dead-end game where nothing changes and no one does anything, except of course the content producers, who have something to sell. It is for this reason that many of us have progressively receded from the internet, as we realize that all the people boldly stating their “opinions” have no intention of acting on those opinions; they’re watching TV, and want the characters on screen to yell and jump in response, and then go back to the status quo. This is why the internet has increasingly come to represent a separate culture entirely divorced from reality, with its ORLY owls and LOLs, in which people all have radicalized opinions they scream at lungtop, drowning out all digital conversation.

Since television is not only a big industry but a popular method of spending time, and to criticize it implies that those who watch it are wasting their lives on meaningless garbage, it is exceptionally hard to criticize; unlike a strong political opinion, criticism of television and movies and Hollywood-style “art” (music, paintings, dance, theatre) is not rebuffed with violent words by a bitter snub. It is simply not acknowledged. Few want to point that what we seem to consider as “culture” is not only of low quality, but popular merely because it is deceptive and encourages us to consider passivity equivalent to action. It is one of those paradoxical fixtures of our landscape where we know that fast food or television or popular elections are destructive, yet “tolerate” them because they are popular. By thus inviting them in among us, we watch everything become consumed by them; literature becomes television-like, paintings reflect MTV videos more than the masters, our theatre is increasingly dramatic yet without substance, and our music — well, generations raised on Britney Spears should not perplex their parents with bad behavior (it should be expected). Television’s passive mentality encourages us toward “art” that increasingly celebrates the drama of the individual and its preferences and pleasures, with no concern for reality passing us by. We are drowning in the existential because we have confined our scope of criticism to the individual, much as if we were a nation of people on couches pressing buttons to express our opinions.

Winner Takes it All | Retreat