Winner Takes it All 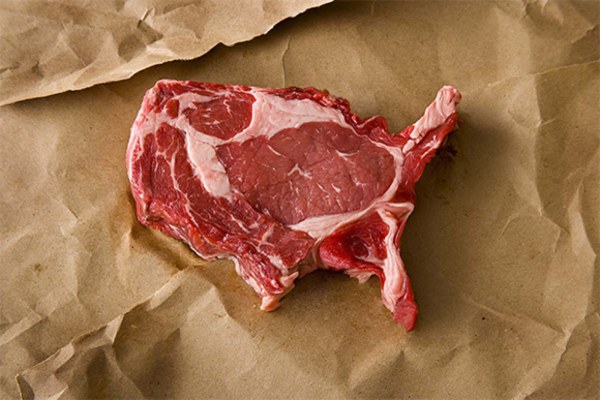 Eastern Europe is not unique in the history of Western cultures except that it persists by sheer numbers, in part because of the withdrawl of Western European powers after the disasters of colonial times. According to Coon’s Races of Europe, Slavs were originally a hybrid of corded Nordic, Dinaric and Southern European sources, but at the same time Mongols surged across the plains of Russia, somehow became the modern shorter, simpler, cruder variant. Dare we posit a bit of interbreeding with the conquerors? Indeed, the Slavic nations fell the hardest before the Mongols, and Western Europe never forgave them, because the reason for their downfall was individual selfishness to the degree that they could not even unite against a common oppressor.

When Western powers encountered Eastern European nations after that time, they found a pattern repeated through the third world and the threshold to it: a small, wealthy, intelligent and cultured ruling class outnumbered drastically by impoverished, ignorant, resentful laborers. Mexico has the same situation, with social strata composed of a Spanish upper class, a mestizo middle and lower class, and outcaste Negroid Mexicans used basically to cushion the fall of heavy equipment. Stalin, rising out of this mess, observed that he was surrounded by blind ignorant people whose desire could be used against them, much like Judo master shifts the momentum of his opponent to engineer a hard fall. Like an Andrew Carnegie of the East, Stalin seized power “by any means necessary” and ruled the state for himself and his cronies. While his killings dwarfed those of Hitler and Pol Pot combined, he is ignored by leftist academics because they view him as an argument against Communism. He isn’t. Communism for Stalin was like all things, a means to an end.

Initially, Communism had some good ideas. Instead of a society where whatever made money was assumed to be the correct path, Communists reasoned, a design had to be created which provided for the people. This design would be imposed upon them and money would be made to serve it, instead of the tail-wags-dog arrangement that persisted previously. This arrangement, like all forms of socialism, teeters precariously above the welfare state, in that to bureaucrats it’s often hard to distinguish between the deserving worker and a parasite, and over time, they come to support parasites. Indeed, the Soviet Union supported many parasites, especially at its highest levels of power, but much of this can be explained by the peasant background of most Soviets: out of their league in modern society, they did what enhanced their own prestige and let the system they did not understand fall into ruin through inaction at important points. Still, this is less an argument against Communism than an indictment of the class war that brought it about in Russia (and exported it to a number of Eastern European and Baltic states, devastating all of them in sequence).

The best argument against Communism is a simple one: it does not support “winner take all” economics. “To each according to need” is a tempting philosophy, in that it implies we take care of everyone and thus make a society sans conflict, but it does not take into account one vital component — time. If we have one night to camp out in the forest, giving everyone food according to need makes sense. If we must set up a camp for years or decades? Winner takes all makes the most sense — because those who are able to achieve more than others will, with whatever excess wealth they are given, apply it toward bettering other areas of life. If someone has distinguished herself by rising above others to create a better way of doing some task or another, it’s likely that this person has more to offer and if given power, will continue the process of innovation. That is winner takes all. More than “competition” or “freedom,” this determines the health of a nation, since it allows true parallelism: each person represents (much as in a modern computer operating system) one thread of computational energy tackling a problem, and each thread takes a slightly different angle of approach, with those that succeed out-pacing others and eventually, being emulated for having a superior method.

Interestingly, this method is common across all disciplines — in natural selection, the eagle with the best hunting skills produces more young; in science, the most perceptive discipline is quickly adopted across the board; in art, the celebrated artist of the last generation becomes the starting point for the next. “Winner takes all” systems are superior to any other kind. Does this mean an endorsement for capitalism? Hell, no. Capitalism, like all consequentialist systems, rewards perception and not reality. Utilitarianism — the governmental extension of consequentialism — states “The greatest good for the greatest number,” but what is un-stated in this equation is that “greatest good” is determined by the perceptions of the “greatest number.” In a utilitarian system, a population sated by bread and circuses is better off than one in which 25% of the people recognize it has superior art, learning, organization, health care, etc. In capitalist societies, as in Stalinist Russia, the actual decisions are cast to a survey of the peasant proles, who inevitably cannot see through sociopathic manipulators like Stalin and thus time after time promote people of his ilk, then blame others for their slavery at his hands. Proles, peasants, simple workers of the world… these decisions are beyond you. In fact, they’re beyond the middle class as well. You need philosopher-kings to make complicated decisions, because like chess masters, they’re always seeing hundreds of moves into the future.

Communism and capitalism thus share a common failure: they pay attention to society as it is right now, without realizing that past and future form a continuum with the present. We can divide up what we have, either according to need or as in capitalism, according to popularity delivered through public perception of “happiness” and “pleasure,” but when we try doing that day after day and year after year, what we do is empower the impoverished to select the most rapacious and criminal leaders. The United States is now discovering this through its last two presidents; Clinton was as incompetent and criminal as Bush, but he believed far less in his own crusade, so quickly avoided anything with a chance of unpopularity, including wars. Bush, being part of a cult of his own ego (as mystical leader and benevolent giver, the “decider”) foolishly assumes that the proles are going to stick with him through the war they egged him on to undertake (note: anti-war movements always swell exponentially after the start of war, not after it becomes clear that war is going to occur). Clinton had no such illusions. He knew his job was to keep happy feelings afloat in the population, and damn any consequences after his term (historians of the future will note that Clinton’s reckless encouragement of an artificially-inflated internet economy doomed the nation to a following decade of mild depression, a move as disastrous as Bush’s war spending if not more). Our presidents are manipulators, and in that, they have more in common with Stalin than the starry-eyed founders of America.

“Winner takes all” can only occur when the game is defined so as to pick the best, not the most vicious (Stalin) or most popular (USA). Popularity is a fickle thing, because it is based on the assumption that promises become true and personal “happiness” is equated to a fulfilling life; a truly popular leader will never make his people eat their spinach, because he agrees with them that it doesn’t taste as good as ice cream, even if a diet of ice cream will wreck their health. He might, like Clinton, promise the underclass revenge against the upperclass through civil rights legislation; he might, like Stalin, promise the underclass revenge against the upper classes through violence and dogma. Either way, his goal is to manipulate appearance and not reality, and thus he leaves a ticking timebomb of an illusory nation. As America collapses into its lack of commonality — no longer are there common values, common culture, common heritage or even any agreement on what constitutes “success” as a nation; there is however worship for raw power and money, but true power and wealth are regenerative things, not beheld only in this moment but in all moments uniting past and future — we should remember that our error here as in Russia was to empower people who cannot make decisions to make them, and thus to allow ourselves to become infested with manipulative parasites who easily control appearance but have no ability to shape reality.