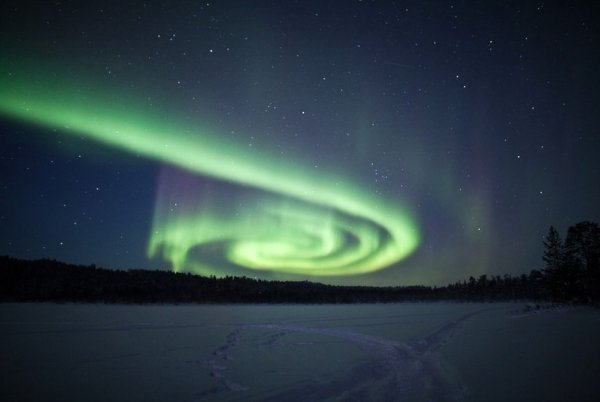 If you were going to cross a river on the low-hanging limb of a tree, you would test that branch quite carefully before fully entrusting your weight to it. When we interact with our world, we depend on a mental representation of reality to accurately predict what will happen in response to our actions. The simplest example of this is knowing not to grab a hot stove, as it will result in burns. More complex examples come about in philosophy and politics. It is this mental model of reality that is the branch between concept and reality, and it is this that allows us to not only survive but to put our dreams into action.

When people in the 1960s started talking about reality being a consensual hallucination, what they meant was that what we know of reality is how we predict the world will respond to given actions. Like natural laws, these are things we’ve learned via something resembling the scientific method: they are repeatable, predictable actions. Hold a ball three feet off the ground, drop it, and it will fall. Grab a hot stove, and it will burn you. These easy examples are undeniable, but the more complex aspects of modern civilization were up for grabs. How do we know that Communism will obliterate our lifestyle? That relativism is a disease? That we shouldn’t have an FBI keeping files on each one of us? And so forth.

It is for this reason that we find ourselves returning to arguments like “what is real?” and “does truth exist?” In our modern society, which is an inorganic political entity based upon the nation-state, there is no shared philosophical basis to a society and thus answers are expected to vary widely between individuals. The consequence is a lack of shared knowledge, which means that each individual must discover a philosophy for themselves. This sounds good on paper, until one realizes that between school, jobs and family, the average individual doesn’t have the time, and most of them do not have the intellectual focus required either. There are more exciting things than reading philosophy, for most of us.

Realizing that we live without any irrefutable knowledge of the nature of reality, we must next see how fragile our conception of the world really is. We know most of it secondhand. We are taught things by authority figures (scientists, priests, leaders) and we absorb them from entertainment (news, movies, TV, radio) and we get them via social means (friends, rumors, sayings). And since our world is massively complex, we do not get our reality from a single source, but have to stack secondhand sources one on top of the other to provide a whole picture of the massively complex and overwhelming world in which we live. Not only must we adapt to nature, but we must memorize and be familiar with any number of methods of technological society. Language. Economics. Psychology.

This tower of dependent assumptions is one of the fundamental control mechanisms in modern society. Because we believe that most murderers get caught, and the penalty is necessarily high, there is a “deterrent” to encourage us not to murder. Since we expect that working hard gets us a reward, we work hard and accept what we are given as rewarding. Whether or not this is a benevolent control mechanism or not, it is effective, and it makes us even more dependent on getting accurate reality data to act upon. The massive and diversely specialized nature of modern society means that none of us know the whole of any situation, and thus are dependent on others for vital information. All of us are at the mercy of others, depending on the accuracy of their perceptions and their intellectual honesty for knowledge about our world.

As the alert reader might guess, the main issue here is the intent behind the actions of others; “honesty” means, roughly, that the way individuals act is not geared exclusively toward self-interest. However, our society is built on that very principle, since all of its moderating influences – shared Northern European culture, checks and balances, a strong spiritual belief – have been stripped away, leaving us with a version of capitalism that cannot coexist with culture. In fact, there is only one absolute commandment in a capitalist multicultural society: you cannot trust others to share your values, so get money and buy yourself out of the stream of laborers. It’s the American dream, part II. Get your millions and find a way to exist so that you are not dependent upon or subject to the values of others, which are not expected to coincide with your own.

That this was not the founding principle of our society, as originally intended, is clear, but it is safe to say that it is what remains of the once-vaunted American system. The land of opportunity requires vicious competition for money, and since we no longer have a culture or values system in common, money becomes the level on which we fight, with a few nods to public security (no treason, no murder, no pedophilia). This unfortunately translates into something of vital importance to our impression of reality: it is entirely controlled by autonomous individuals seeking to enrich themselves, and thus manipulating “reality” with image. While this is probably not a newsflash for anyone, in the context of our ability to perceive our world accurately at all, it is a sobering thought.

For example, what is left our of press is now called the “news-entertainment media.” This sobriquet was earned by the diligent practice of using sensationalistic practices to sell newspapers, a habit which like a cancer grew to now include almost all news, such that every story has some kind of spin or scare to it. News must be profitable. This means it must be closer to entertainment, and that it must not offend existing advertisers, and that it succeeds the most when it attracts new advertisers. Like a harlot on a streetcorner, our news-entertainment media seeks to make even the most mundane events into profitable transactions!

Let us look closer at what it means to have advertisers sponsoring different functions of our society. From a financial point of view, it’s important to get someone to pay for these things. But when we step back from the artificial rules we make to encourage commerce, we see that our modern society is effectively covered in advertising like a graffitti wall. If you go to a baseball game, you see more brand names than baseballs. Driving down a street, you see billboards, posters, shop signs and signposts bearing the names of owners or sponsors. The four hours of television left on in the average American household project commercials several times an hour, often for up to a quarter of the total time of each program. Open the mailbox, and commercial messages fall out like fish from a net.

Commerce in itself is not an evil, but when it is not regulated by cultural accord, it quickly takes over all other values. In the case of advertising, we have allowed not only our public spaces to become signposts for sponsors, but we have allowed advertisers – via their flexibility in choosing one outlet over another – to select what it is that will be funded, and thus what we can or cannot see. Your public television station is dependent on funding from corporate sponsors, and what they’re willing to fund determines what is shown. It may be replayed in your child’s classroom, alongside “educational” products whose existence is determined by investors who believe them to be profitable. Even their textbooks are an industry now, thus will succumb to several golden rules of business, the first being not to offend. In short, your reality is controlled by money in that non-profitable information <i>will not find a publisher</i> in the mainstream, everyday world.

Sure, you can head off and find an underground publisher – if you knew you needed one. But you will still be surrounded by friends and family members who, not knowing any better, will parrot what they’ve heard from the television and their fellow citizens. Their opinions will be designed to be profitable. It is not a conspiracy that does this, unless something unorganized can be a conspiracy. It is the independent actions of many individuals following the same basic rules of making money, and therefore, becoming frighteningly similar in their motivations and in what they will admit to in any public depiction of “reality.” Their collusion does not require them to organize, or have a plan; like a cancer it is the breakdown of order, and the consequent growth of things which know nothing but greed. Its agents are not intending harm. All they want is to make a profit and go home, but that as a goal before all else is harmful.

If the other bank of the river is truth, and truth is knowing how our thoughts correspond to their effects in reality, our branch is our knowledge of the ways of the world. There is another reality hidden among us, one that is radically different from what is profitable and thus publically acknowledged. This hidden reality describes the world as it functions, not how we think it should function or the type of pleasant illusion of its function that sells cars, condoms, stocks or hamburgers. In this hidden existence, the only truth is physical reality itself and how our actions actually turn out, not our good intentions or polite taboos. We would not discover this hidden reality if it were not for the gradual breakdown of our public, consensual “reality” as its failures come to light.

The reality-illusion supported by profit and politeness is not a new event. It has been with us for over a thousand years, eating away at our ability to grasp the actuality of our situation and thus better it. Its origin is a desire to please those who are not of distinctive abilities, and to use them as a means of seizing power, since they are more numerous than those who know better and can inherently see reality as it actually is. This mass revolt has been ongoing with disastrous consequences, as it replaces intelligent leaders with shrewd and immoral businesspeople, and it functions both to oppress the masses by using them for profit, and to empower them with economic competition, so that their participation makes such profit possible. Logical? Perhaps not, but like a cancer, it is marked not by logic, but by sheer parasitic aggression.

In the last few years, the groaning dread that has hidden in the pits of our stomachs and our ancestor’s stomachs has finally gotten a voice. Oil is running out. Climate change is real. Pollution and cancer are suddenly unavoidable. Constant war looms on the horizon, and our cities are suddenly noticeably turning into slums. Demographically and culturally, our old neighborhoods – the comfortable, gentle places of the 1940s through 1980s – are gone, replaced by miles of concrete and plastic signs and violent, alienated, cultureless city dwellers. Television has become more important than books, profit more important than friendship, and marketing more important than truth. This is a decay that has lurked within for a long time, and perhaps the only way to fight it is to make the hidden reality once again what we acknowledge to be truth.

Open Your Eyes | Elites and Masses