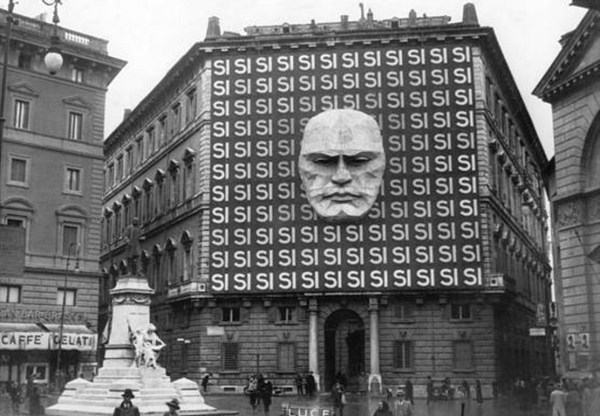 The political spectrum is irretrievably divided into left and right not from a sense of utility, but because it is useful to the powers that be that we be so divided by identity. Those on the right can roughly be described as traditionalists, and those on the left, reformers. The traditionalists believe that the fundamentals of society, morality and culture have not changed, and thus we should uphold the values of our ancestors. The reformers, on the other hand, believe the past is a horrible nightmare and it is somehow obsolete, and thus we must repeal the traditions of past, and remove the “elites” that uphold them.

To engage in right-left rhetoric is pointless, but it is useful to give the idea of “elites” some context. When revolutionaries – or progressives, or liberals, or reformers; the terms are roughly convertible – talk about “elites,” they mean a small group that’s in power and rules the rest for its own benefit. To hear them talk of it, the same few people have been ruling the world for centuries, concentrating strength and wealth, all at the expense of the rest of us. In fact, they see a diametrical opposition between the “elites” and the “workers,” where the former live off the work of the latter because the elites own the means of production.

It’s a bit simplified in civilized liberalism, which is not quite as blatant as communism, but everything on the left (like everything on the right) is a matter of degrees of the same idea. Where they’re right is that elites definitely form, and because they own things, they compel others to work for them. Where they’re wrong is the composition of these elites, and what keeps them in power. In this crucial distinction we can see where right and left not only agree, but could work together to build a better future.

Elites exist because in any power structure, someone needs to make the decisions. In a system based on ownership, someone is going to own the whole mess, and other people will work for them. Now, in a traditional system, ownership is not the primary goal, because culture and heritage take precedence over something as trivial as money. Such systems find their elites by ability, and usually have some form of aristocratic caste of the most able people. This is an actual elite by ability, a “meritocratic” elite, where in ownership-only societies, the elite is picked by wealth as its sole factor. This is why traditional conservatives, while they favored individual ownership over some abomination like Communism, were not gung-ho about unchecked capitalism. Culture, heritage, and the best interests of the people – as interpreted by capable leaders – came first.

In our modern society, elites exist because of the purchasing and voting power of the masses. These elites are relatively new, and have nothing in common with the old European aristocracy, the previous “elite” that the left targeted during revolutions in France and Russia, among other places. These elites occur because they created a product that the vast majority of people wanted. These products do not necessarily correspond to what is best for the population; in fact, there seems to be an inverse relationship. Coca-cola, McDonald’s, wasteful SUVs, cigarettes, plastic junk, pornography… all of these make millionaires, and those millionaires are our elites.

So while the left is correct that elites swing us around by the nose, what they fail to understand is that these elites exist because most of us make poor decisions in purchasing products, and thus make wealthy power mongers out of fools. The elites are created by the needs of the masses. Thus it is hard to say who is actually “in control,” since the elites get to their position by interpreting the desires of the masses, and if they do not gain approval by the vast majority of people, will not make enough money to be elites. In the traditional leftist view, the elites command the rest of us; in this more detailed view, we see how the elites are given the right to command us: through the lowest common denominator behavior of the masses.

What rational society, after all, would allow unchecked growth (including reckless immigration which introduces competing cultures), unless it benefited business? The interest of business is selling products, preferably, cheaper ones, and the widest segment of society wants that regardless of collateral damage or long-term costs. The wiser among us might caution that cheap, disposable products and reckless immigration are destructive, but to the average person, all that matters is the bottom line. And cheaper products enable those with less money to live as if they had more. The people want it and because of that, the elites provide it.

As humanity grew, it moved from smaller communities to large centralized ones, and began to use options such as democracy and the “invisible hand” of market economies to govern itself, since it could no longer rely on a system of wise elders in every local area. It is this very tendency, the cornerstone of modernity, to rule by proxy that has made our societies grow distant from reality and reach a stage where consumption demands by the least-capable segment of society, its broadest mass section, is the primary guiding force, and the elites, instead of ruling over this horde, are in fact ruled by it and gain their elite position from its favor. This is modernity, and while traditionalists outright oppose it, liberals (reformers) loathe its effects.

From a leftist position, this society oppresses its masses by keeping them as virtual slaves to its corporations and economy. This much is true. Despite the cheaper products, the plight of the worker has not improved at all under modernity, and in exchange for the “freedoms” of consumerism and economic competition, the worker has lost a guaranteed place in a hierarchy that provided for his or her basic needs and restrained silly impulses that today displace many through gambling, drug addiction, bankruptcy and neurosis. From a rightist position, this society oppresses all of us by holding us hostage to the preferences of the masses, both through democracy and our choice of products.

After all, in a society where people cannot tell the difference between quality and garbage, no one will make money selling quality, or at least, will find their market so reduced that they cannot compete on a broad scale. There is no longer a reward in doing things the right way, but there is always reward in doing things the lowest common denominator way. Our old elites, who specialized in doing things the right way, have given way to a new elite, whose goal is to satisfy whatever urge the broadest spectrum of society thinks it has. Unlike the old elites, the new elite do not care about consequences. Their only goal is their personal wealth, accruing.

The consequence of this pattern over the past two thousand years has been a steady migration toward an acephalous society. We no longer have leaders; we have public image experts, who seek to pacify the broadest spectrum of society and quash dissent. They do not lead in the sense of choosing the best decision, regardless of its popularity, but they “lead” in the sense that they find what is popular and do it. Thus the least capable, en masse, lead us and the capable are shouted down. Luckily for our new “leaders,” there is no accountability. At some point, they throw up their hands and say “we ran out of money” and that is the end of the issue. It’s a far cry from the accountability leaders faced under traditional reign.

If there is a solution to this mess it lies in returning to localized rule. When one human encounters a problem, a decision is always rendered. Add more humans, and the chance of finding a course of action is proportionately less likely. If a room full of executives, a committee, cannot come to a clear decision in most cases, what is the prognosis for a virtual room of 300 million? We are holding each other hostage by our lack of leadership, and in the meantime, the lowest common denominator prevails. Perhaps leftists and rightists alike can learn from traditional societies, where local groups were bound to land and spoken for by elders of the community. If that is the case, it is a good time for convergence, as clearly both groups desire and end to the rule of the elite masses.