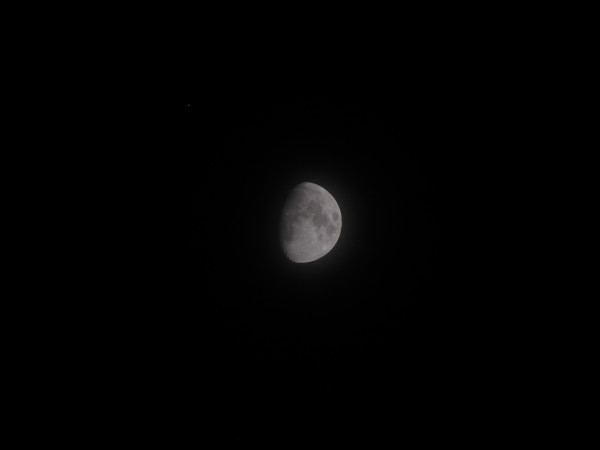 How nice it would be to be numb, we think sometimes, as in the current era, those who notice more and can think farther into the future are punished for this ability. To be aware, and to connect the dots on the map of this society’s future, is to notice an oblivion into which we inexorably walk. Even more, it is to be aware of history as at least recently a giant chronicle of failures.

Even more, it is to note how in nature, there is never “freedom” from competition for survival. Species wipe themselves out all the time. And even if we are the only life in our corner of the universe, there is nothing to say life is not developing elsewhere. We are expendable; there is no religious, moral or historical reason why we, humanity, or we, any specific group within humanity, must survive.

This of course plays into our observation that in recent history most ideas start out healthy and rapidly degenerate into either nothingness or a pale shadow of themselves. To know things is to be a bit cynical, in the modern meaning of the word, which signifies a distrusted of all stated motives and a doubtful glance cast at the survival prospects of those doctrines and groups that state them. Cynicism does not require an exact prediction of our future, only a certain degree of detection of illusion.

For example, it may be that most people were caught unawares by the sudden rise in gasoline prices, but to many among us, it was a matter of time before something drove up the price – after all, it’s a finite resource. Do the math. At some point, all finite things run out. Yet if you had watched our media, politicians and the conversations of most people from a neutral vantage point, up until very lately there would have been no indication of such a thing. We were in denial.

This principle extends toward society at large. Turn on a television, or talk with the average person, and you’re barraged with possibilities and advantages within the world order we have. Yet there’s an autumnal sadness to this, also, in that it is immediately obvious that the speakers see only tangible advantages, and have no idea of the direction of the system as whole. Even collapsing empires have advantages. No one will articulate these possibilities.

From the perspective of parents, of course, there are questions that keep one up at night. If our society is moving ahead so swimmingly, why do so many fundamental problems endure? In other words, what are we leaving for our children to inherit – promise, or the labor of cleaning up the past? And there’s always the disturbing thought that we’ve finally pushed over the line, and done something so destructive that we thrust them into a world where they fight for their lives, possibly against something as undefeatable as climate change or cancers from nuclear fallout or international combat over water supplies.

To have awareness in this world is to have a sinking feeling in the pit of one’s stomach, noting that while right now everything seems okay, if we were to plot this society’s trends on a graph we would find that – absent the arbitrary factors of measurement like economy, morality, politics and entertainment – the curves we see point toward eventual failure on the scale of sooner more than later. That no one discusses this, and that many of these topics are actually taboo and mention of them brings covert recrimination upon the speaker, affirms a sick reality: our society is violently in denial of its own future.

This has gone on for many years, and no one has really spoken up because the majority of the people in our society would be offended by that, and would work hard to shut that person down. We’re familiar with religious executions, political instability, Alien and Sedition Acts. We know people languish in prison for thought crimes; this is a country where in the same year you could get thrown in jail for being extreme right or left. The law is don’t rock the boat; it’s bad for business and upsets people. Thus for years those with intimations of the future have kept quiet. Speak up and be destroyed? Well, then, do the best you can for yourself and your kids.

In other words, this one will have to run its course. However, the psychological damage of that outlook is massive, because in assuming it, one invites despair into one’s house. Cynicism takes two forms in human beings. The least profound of the two is a somnolent depression by which one comes to see no future, and to embrace futility, including a negative faith in oneself and others. It is bitter, but self-reflexive; this cynicism creates nothing but an unhappy, silent person. The other cynicism reaches deeper by forcing the person to give up on value, instead of merely assuming negative value.

This other kind of cynicism takes for granted that nothing can be done about the situation, and thus justifies the kind of aggressive self-enrichment that in previous years was thought to be immoral. However, this behavior is now the standard, from corporate boardrooms to presidential candidates to people working counter at sandwich shops. There is no solution, goes the logic, therefore, take what you can and have a good time, because it will all come crashing down someday. While it’s hard to logic against this point of view from the perspective of personal benefit, one wonders: what damage does this do to our minds and the regulator of our emotions and hopes, the soul?

Probably science has “proven” that the soul does not exist, but it seems to this author that the soul is a property of the mind. Much as emotions are a form of logic, the soul is a type of organization, something that assesses all of what makes us alive at once and uses it to posit a direction. Do we have personalities? The grandfather of personality is the soul: it is what ultimately we value, and therefore, how we know for what we’d give our lives. It’s the part of us that understands the necessity for love and thus is capable of it. It’s the part of us that appreciates life enough to want to give back, during healthy times.

The soul is what gives us reason to understand a classical symphony, and to parse our own feelings to draw a conclusion, and to apply it to our life. That is what the soul is, perhaps: a conductor of our Will, of our capacity to see the possibilities of life even when in dire situations. Our ancestors, living out endless winters in Arctic caves, doubtless had quite a presence of soul. The greatest among us have a single quality that unites them, and that is the ability to hold on to an idea and to labor against all odds and without praise until it is accomplished; in that there are the stirrings of soul. If science proves there is no soul, we should fund research to find out what “acts like the soul.”

It is in this area that our cynicism is damaging. The first kind of cynicism is depression; the second kind is opportunism. Both afflict us unduly, as populations, in that half of us are mutely watching the disaster unfold and the other half, long having given up on doing anything positive, are acting as agents of its decline. Perhaps this is why to many our society seems demonic and threatening; it lacks a soul, thanks to its inherent cynicism, a spiritual darkness reflected in its materialism and callousness toward all finer things, including our natural environment and heritage. We cannot prove those have monetary value, so they are solely the province of the soul.

Cynicism is oddly comforting because it gives us a clear statement of what we’re doing. “There is no hope, so enjoy what you can,” terminates the question of whether or not we should be trying. Although the message is negative, the ability to pronounce judgment and thus stop struggling with the question is comforting. It is like deciding that there are or are not monsters under the bed, as a child; either way, one goes to sleep, either accepting sure death or trusting in solitude. The power of cynicism is that it ends the constant mental dialogue over whether or not there is hope.

If I could give one gift to my people, it would be for even a moment to free them of this pervasive cynicism; to show them that while the situation may be dire, and while most do not see it, nothing is yet lost. We are still here and we still strive for something better, something that can be measured only in the soul. Although history has treated us badly, and affliction from within has diminished our strength, we can reclaim the greatness of past if we concentrate and work toward the ideal that we see. The future is ours if we choose to inherit it. The first step toward that, however, is abandoning our cynicism.

Elites and Masses | Serf’s Up!