by Jonathan Peter Wilkinson on September 20, 2016 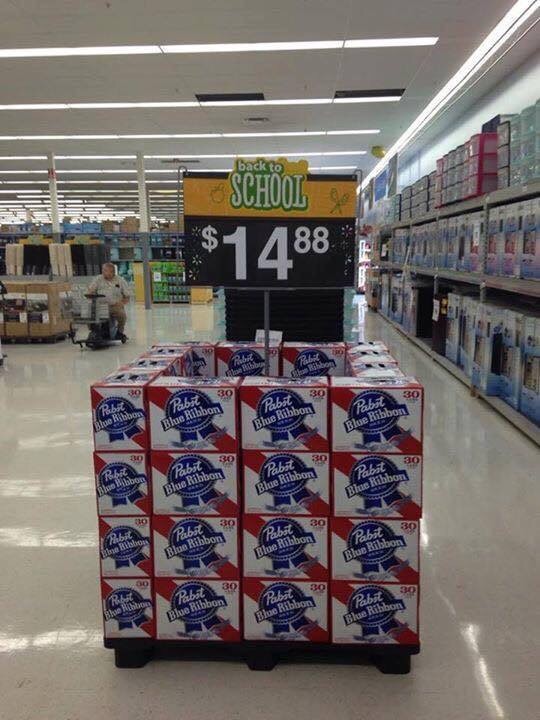 If you’ve ever dabbled in Role-Playing Games, there’s one type of adult player you need to watch like a hawk: the professional engineer. Engineers, you see, are able to understand whatever mathematical system the magic, the space travel or the combat runs off of.

They will identify the loopholes and the weaknesses and then munchkin. By munchkining, I mean they will drive a truck through the mathematical limits of the rule system and either make the referee redesign the whole game universe to make it “fair” again or they will walk off with all the swag and totally ruin the game for everyone else.

In RPG circles, this tendency to munchkin the gaming system is an annoying yet amusing idiosyncrasy. When someone powerful hacks a game that matters, the bemused disgust gives way to actual, legitimate anguish. Munchkining of an actual social system, rather than The Magical Kingdom of Equestria, is essentially an act of real world brigandage. Walmart has effectively performed just such a feat of nerd-cheating and sometimes it literally leaves orc-bodies in the wake.

Go into any town or city, and you will discover that the local Walmart is a criminal magnet. Walmart has seemingly hacked Amerika’s criminal culture and become a symbiotic co-parasite on the society at large. The great James LaFond takes to his Harm City BLog to describe how this works over in Bodymore, Murderland.

Of those 300 jobs provided by a super Wal-Mart one will be in the low six figures, and four will pay enough to permit that assistant manager to rent an apartment or go in together with a spouse in the purchase of a house. The other 295 employees will work at or below the poverty line under poor conditions with no benefits, and will require subsidized housing, home sharing, apartment crowding, food stamps, and, most ominously for you, public transportation which will permit youths to transport drugs and violence as low risk mules and insurgent pioneers into your area. As Wal-Mart gets the lionâ€™s share of food stamp transfers [EBT cash and food] than this operation amounts to a 19th century Appalachian coal mine with its own company store, with over half of the employees spending mostâ€”or even more thanâ€”their salary at the Wal-Mart register, literally a captive market and labor force in one.

This urban blight could and probably is indicative of far more than Walmart’s destructive influence. Yet this sort of hand-waving doesn’t describe the entire extent to which Walmart is guilty of free-riding on public infrastructure. This gets us back to the crime. Walmart’s corporate policies exacerbates the crime and then passes this cost on to local police forces as a negative externality. This, as I’ll explain a little further on below, gets passed on back to us.

Bloomberg Businessweek describes just how much of a festering pustule Tulsa, OK finds Walmart’s presence to be.

Itâ€™s not unusual for the department to send a van to transport all the criminals Ross arrests at this Walmart. The call log on the store stretches 126 pages, documenting more than 5,000 trips over the past five years. Last year police were called to the store and three other Tulsa Walmarts just under 2,000 times. By comparison, they were called to the cityâ€™s four Target stores about 300 times.

So why do criminals flock to Walmart? It sounds idiosyncratic. Why steal where the stuff is cheap? Because it is easy. Walmart does less than any other major retailer to deter crime. Tulsa PD Officers joke that Walmart gathers all their bad guys in one place. One stop shopping for cheap hoodlums as well as inexpensive, plastic junk. Other officers aren’t laughing at the sardonic humor.

Robert Rohloff, a 34-year police veteran who has to worry about staffing, budgets, and patrolling the busiest commercial district in Tulsa, says thereâ€™s nothing funny about Walmartâ€™s impact on public safety. He canâ€™t believe, he says, that a multibillion-dollar corporation isnâ€™t doing more to stop crime. Instead, he says, it offloads the job to the police at taxpayersâ€™ expense. â€œItâ€™s ridiculousâ€”we are talking about the biggest retailer in the world,â€ says Rohloff. â€œI may have half my squad there for hours.â€

And this is not just something that happens out in Indian Country. The Buccaneers don’t just play football in Tampa. They also rob and cut-up over at Walmart. And all of this impacts others who go nowhere near a Walmart. The costs of the Walmart crime negative externality manifest themselves in several manners.

Walmart has hacked the system of our declining Amerikan empire. It is the Alpha scavanger. It will make a killing off of the societal carrion. It is how the powerful use the weak. It is how the manipulative game the system. It is how our national decline is the Era of The Munchkin. It is how things are after the goldrush.

Only Seventy Years Ago, People Could Say What They Knew | Individualism Versus Independence