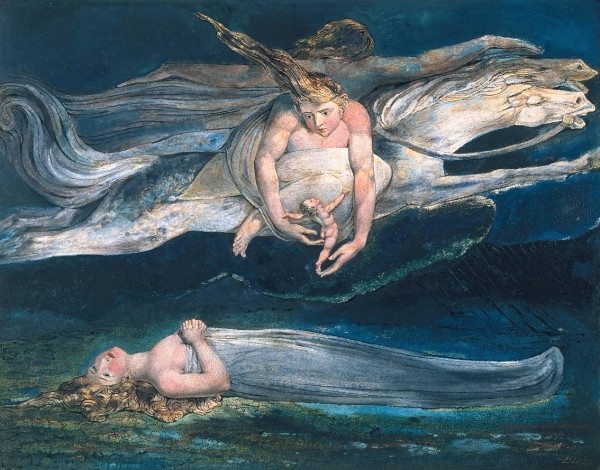 “If a fool would persist in his folly, he would become wise,” wrote William Blake in his Proverbs of Hell.

This proverb is widely misinterpreted as meaning that we can make a wise man out of a fool. That is not so; what it means is that a fool who tries new versions of the same foolish thing will eventually discover the truth of the thing he’s undertaking. It’s another way of saying we learn by error.

In 1789, with the French Revolution, the West formalized its enlightenment ideal: the human form comes before nature and God, and is the ultimate ideal.

Enacted into political form this notion becomes egalitarianism, or the insistence that all people are equal. A form of pacifism, egalitarianism exists to eliminate internal strife by making sure everyone is accepted everywhere.

This idea of equality is the foundation of liberalism and unites all liberal concepts into one. All people are equal; nature/God comes second.

But now something else must come second, or be politically controlled at least. That thing is science which, fumbling toward the light of truth, has uncovered some rather un-political/social facts.

Thus it’s not entirely odd — at this point in history’s cycle — to see an article entitled “The rise and rise of ‘neoracism'”:

New forms of discrimination, known as “neoracism”, are taking hold in scientific research, spreading the belief that races exist and are different in terms of biology, behaviour and culture, according to anthropologists who spoke at the annual American Association for the Advancement of Science conference in Chicago.

This comes despite decades-long efforts to reverse attitudes that were used to justify the slave trade and the Nazi ideology.

This dovetails with what Amerika.org has been writing about for the past few years and what I have been writing about since 1997, which is that race is not a social construct, it’s a linguistic descriptor for a biological reality. See also The Race FAQ and The Nationalism FAQ.

But the fact is that science has recognized race with increasing frequency, and not just because genetics shows it. Race-targeted medicine is the opposite of what happened in Hitler’s camps; doctors are using it to improve survival rates among populations which do not respond well to a Euripid-normalized average. Race-targeted histories let people discover who their ancestors were. It’s likely we will find race useful in prescribing diet, lifestyle habits, and even educational path.

All of this is separate from the attack I make on diversity, which posits the following simple rule:

Diversity — of any type: ethnic, religious, cultural, linguistic or other — increases internal division and distrust in a society, requiring greater degrees of institutional enforcement and thus ushering it into tyranny and internal collapse.

It doesn’t matter what the ingredients of diversity are. It’s the diversity itself that’s the problem. Even if it’s Swedish and Japanese, the mixed society is destined for fragmentation that will reduce it to tyranny, then collapse, and thus leave behind the shattered husk of a third world nation.

Our modus operandi for the past century has been to pretend that race doesn’t exist, thus pretend that diversity can work despite all historical evidence to the contrary, and thus to assume everything’s A-OK and we can continue shopping.

Not only has science taken a big fat swing at that illusion, but it has shattered another illusion, which is that our altruism is anything but a callow manipulative technique.

Most people would like to think that they and other people are fair in their dealings with others because of some inherent goodness, i.e. some form of altruism. In this new study, Fober and Smead suggest that the real reason people are fair with one another is because they fear being the victim of a spiteful action.

Spite, the researchers note, is the opposite of altruismâ€”it’s when people cause something negative to happen to someone else, at their own expense. And it too, they add is a part of fairness, or at least in its perception.

In simple terms, egalitarianism arises from our desire to appease (or “buy off”) people who might be angry that we have more than they do.

It’s not an impulse of kindness, peace, love and happiness. It’s an impulse of fear. Similarly, the left’s paranoia about race is a form of fear, too. Fear that someone might be different and we might not all be on the same level.

Perhaps as Jonathan Haidt suggests, liberals and conservatives care about different things. Now we see the reasons behind why they care. One group wants to appease the herd, the other group to restrain its destructive impulse through values like loyalty, sacredness and authority.

As Blake said, even the fool will find truth if he keeps applying himself to the question. It’s worth closing with another epigram from Blake: “One law for the lion and ox is oppression.”