Safe spaces must be destroyed 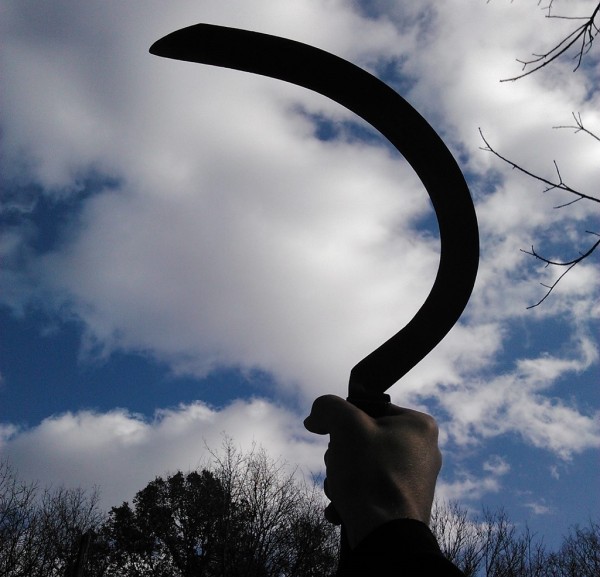 Our coddled First World Problems students at the universities, like all leftists, are children of privilege.

We did not have leftists in the West until the French made life so much better for the poor that those r-strategists outbred their superiors so greatly that revolution was sure to follow as soon as a crisis occurred that could be blamed on leadership and not merely overpopulation. Leftists follow this model: superior forces create and stabilize, leftists breed like yeast, then blame their superiors and take over. Classic rebellious child with too much free time scenario.

Humans do not like to face reality. That is in fact the primary challenge of life itself: learn reality. Deal with what is actually there, instead of your thoughts about it, your interpretive dance, your blogs or excuses. Politics falls mostly into the latter camp of “excuses.” Excuses for the lower echelons of society and their low performance. Excuses for those who act in criminal ways. This disguises the fundamental psychology of the leftist, which is excuses for himself.

Leftism demands equality but what it actually wants is state-sponsored individualism. Or: I don’t have to discipline my inner monkey. I can be as useless as I want to be, so long as I tip-toe around the rules and don’t get caught, but I do not have to participate in any kind of plan, social standards or even measures of competence. I am perfect, just the way I am, and no one can tell me “no” — in fact, the rest of you should get out of my way because I am the original Precious Snowflake.

If you want to know why Leftism is eternally popular, it is this attitude. Like Mr. Rogers, it tells people they are OK just as they are. There is no need to discipline themselves to stop their inner monkey from raging, or to shape their minds to understand reality outside of them, or even to worry about the consequences of their actions and be accountable through them, which occurs before those actions through a mental process we call “morality.” They just need to be. They’re beautiful just for being humans and doing the monkeyshines that humans all can do because they’re lowest common denominator: dancing, making “art,” copulating, chatting, getting drunk, eating and posting to Tumblr.

This is what conservatism is up against: inertia. Liberalism validates human behaviors that are useless by declaring them “equal” — just as important as — heroic acts, essential acts and exceptional acts. Liberalism is the anti-Darwin. It argues that people do not need to improve themselves at all, but most be easy on themselves. It is anaesthesia for a dying species. It says don’t worry about the obvious failure that we are undergoing, just bend over and think of England.

The conservative impulse toward religiosity comes from this realization. We see life as a moral battle for mental clarity. We recognize that most people are still monkeys, and by most we mean 98.6% or so. They live through their impulses, are in denial about realities, and their agenda is wholly based in a fascination with their own appetites, lusts, shopping and desires. As a result, they have abdicated the higher mental functions that allow planning and creation, including of civilization itself.

Zen Buddhism bases much of its approach on the same idea. To a Zen Buddhist, the problem of life is that most people are mentally undisciplined monkeys who are destructive by the very nature of their careless, solipsistic, self-obsessed and oblivious behavior. This is the essence of the Zen master slap: “Wake up! Reality is out here, not in there, inside your head! Your life is illusion and you have no idea what you’re doing!”

In the West we refer to this tradition as esotericism. An initiate, usually a teenage boy, is put to a quest as part of his study. On that quest, he has to snap out of the umbilical sac of solipsism and start looking at life not just as real, but through a critical eye. What are the actual motivations of others, despite what they say? What are the strategic positions people take and what are they protecting? What does this tell us about them? You may notice that the same questions arise in the analysis of religious texts, or in a good literature degree, which you can still get in some rare places. They call it critical thinking there.

The point of this is that the appeal of liberalism is entirely a lie. It justifies ignoring the essential task of life and replacing it with an easier task. This appeals to idiots, lower castes, and neurotics, and these types will never stop pushing this agenda. In sensible societies, those in power are aware of this and constantly exile such people. You cannot do that with the rule of law; you need the rule of exceptional and far-sighted men. If you stop, the insane people build up and then they overthrow you with superior numbers, since oblivious people think they are immortal — after all, they’re solipsists — anyway and so are prone to attack in thoughtless groups.

With this in mind, the last thing we want on a college campus or anywhere else is a “safe space.” Safe spaces are solipsism bubble zones where people can go if they fear someone might mention reality. In safe spaces, people can bloviate on about their ideological ideas without being contradicted by someone who has noticed flaws in their narrative, i.e. reality peeking through the carefully-constructed artifice. Safe spaces are designed to blot our reality and replace it with a giant neurotic and morally flatulent human mind. They are the triumph of narcissism, fear and intolerance (of reality!) over common sense, logic and survival. They are suicide cults.

Bashing college kids for this is like swatting a piÃ±ata or shooting fish in a barrel. We all know they are delusional; they’re kids with no experience of the world. They are simply acting out the stuff their professors taught them, and in this case, their professors are neurotic Generation X-ers re-enacting what their neurotic Me Generation parents taught them happened in 1968. But looking past this easy game, we should think about safe spaces in general, and the tendency of societies to make them.

The first people to found a society are conquerors, which means both warriors and nerds. The warriors clear away the other monkeys who will steal, sabotage and subvert — they call this genocide sometimes, but it’s the same reason that American settlers killed Indians and Israelis blew away Palestinians — and the nerds start putting together irrigation, sanitation, libraries and other essential things for civilization. At some point they both look at each other and shrug. The basics are done. Now all that is left is to improve what is there. And here is where the problem enters.

When a society is first minted, it has a goal: push back against that which holds it back, including nature and ignorance. This is a forward moving task. After it loses that simplicity, it needs a new task. The most obvious is to try to protect its people from the dangers of life. This is a backward moving mentality, and it always takes the form of looking at who is hurt or gets hurt and trying to “fix” situations that are the consequence of these people’s inabilities or solipsism. This is the start of the idea of safe spaces; society itself is the safe space.

I say we undo all of it. Abolish the FDA; take whatever drugs you want and if you die, we throw you in a ditch. Remove the warning tags from mattresses. Get rid of speed limits, DUI laws, handicapped parking, movie ratings, the lot of it. Those things create a mentality that destroys civilizations because they create an intermediary in place of reality. People no longer worry about the consequences of their actions, but whether those actions are legal. Get rid of all of it. 99% of our laws need to go into the dumpster with the rest of the “think of the children!”-style neurotic rule-making.

We need a society where for every action, the person making it is thinking, “What will happen when I do this?” Not lost in a fog of assurances about how the government would ban it if it weren’t safe, or how he has guaranteed health care, or how his friends think and that might make him a YouTube star. Have him thinking solely about the results of his actions. Don’t give him a forest of laws and nagging nanny moral codes so he can attempt to justify what he is doing. Measure it all by the outcome. If you try to shoot Hitler and you blow a hole in an orphan instead, it really is not different from killing that orphan any other way. Reality matters. Consequences matter. And in the end, you either helped a situation or hurt it — but helping can be hurting, if it enables weakness, stupidity and solipsism to thrive.

I remember the rise of the administrative state back in the 1980s. Suddenly there were warning labels on everything. As a result, people stopped thinking about the consequences of their activities. They just looked for the warning label and, if they didn’t see one, went ahead. If things went wrong, they blamed the government: “There should have been a warning label!” Government gladly paid the fines from these lawsuits because it saw an unstoppable, infinite way to justify increases in its power. All they had to do was find some poor idiot who couldn’t figure out that pulling the pin on a hand grenade and inserting it in his rectum was a bad idea, and boom! another 400 bureaucrats and cops were hired, another 10,000 lines of regulations and twenty federal laws were added, and the great leech-off-society parasitic jobs program called Government could continue.

What encouraged them further was the fact that people — who are basically monkeys — liked this condition. It meant there was always someone else to blame for their own stupid acts, and they could “save face” by blaming the government or some poor manufacturer for whatever stupid thing they did with a product. If the mattress does not tell you not to light it on fire and ride it into a pool of gasoline, your life-changing injuries are certainly not your fault, Mr. Plaintiff!

I’m sure the original intent behind these laws was to protect the poor and stupid from destroying their lives, but like any true evil, the laws took on a life of their own (like a cancer, come to think of it). The dumbing-down of our society really began at that moment. No one was any longer accountable for understanding reality and making the moral decision to ensure their actions did not end in bad results. Nope: there was a warning to read, and someone to blame if it went badly, and because Government was now running the show, there was always some kind of benefit to apply for when you maimed yourself and could no longer work.

No consequences for anyone. That’s what a safe space is, and that’s why all of them should be abolished.

A narcissistic, effete population | How well does welfare work?