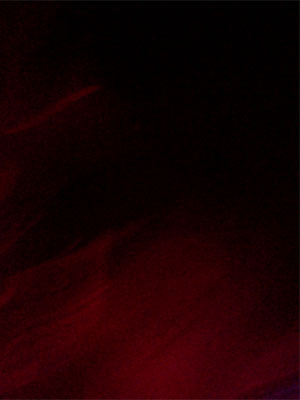 There is this thing, shapeless, colourless, odourless and tasteless, that isn’t really there, at all.
At least, not for a great many people.
Those people don’t even know what it is, far less how much they are missing it.
Like Vitamin ‘D’, or sufficient Oxygen. Like adequate sleep, or a minimum intake of fat. Or saltâ€¦
One may live for a short while, or an even shorter while, without such things. But what sort of a life does one live, lacking such things, that, really, are essentials?

The sick man, habitually sick, never knowing what complete health is, makes do with what he has.
He has nothing to compare his health to.
He is as he is. He thinks it normal.
He does not understand the behaviour and the attitudes of someone in full health.
He scorns them as deluded.

The man who believes in nothing, has nothing to live for, but his own base desires.
Sex, pleasure, intoxication, social standing.
Money, trinkets and stuff.

There are many, many people, to whom some, or all of the above, applies.
And there are others, to whom little, or none of it applies.
What do these two basic types of human have in common?

There is this thing, you see, that has a lot in common with the notion of ‘God’.
You can’t see it, you can’t prove it.
But millennia of religiously-motivated humanity shows the concept to be of rather notable importance.
There has always been a vital interest in ‘God’. Always. Until very recently.

We don’t need superstitions like that, any more, many of us claim.
In fact, it ought to be outlawed, and done away with, once and for all.
And strangely, although it goes unnoticed by most: it is only very recently that civilization, itself, has entered a terminal power-dive towards oblivion.
Coincidence? Inevitable? A random thing?
Maybe.

But maybe not.
Maybe there is a connection here, that people either can not, or simply do not want, to see.
Maybe the notion of ‘God’ has been around for as long as it has, because it is, in fact, of vital importance to the very survival of civilization. It must be there, because, perhaps, as that old song says: like love and marriage: you can’t have one without the other…

No civilization was ever built in the absence of divine reverence.
The few civilizations that started with it, then chose to abandon it, collapsed, shortly after.
And this, as they say, is not rocket-science.
Only a dolt could fail to notice.

So we have a failing civilization of dolts, and an extinct deity, that plays no further part.
And, astonishingly, nobody seems to know what is happening. Or even that it is happening.
Running around in various degrees of frenzy, being ‘progressive’, being ‘equal’, tearing down this and that, and getting ever deeper into an invisible quicksand that – for some reason – remains undetectable, even as it extinguishes the work of centuries of human toil and contribution.

Why do so few see where all this is heading?

Context.
That which provides a framework of reference, to make sense of what remains senseless, without context.
The canvas upon which the masterpiece is painted.
The ether that carries the carrier wave, that – in turn – carries the radio transmission.
The Rosetta stone that provides the key to gobbledygook.

Context.
The baseline from which healthy humans operate.
The matrix that contains everything that gives life to the living.
The sense behind the common.

You don’t get far without context, even if you started out light-years ahead of your ancestors.
They lived, and died, to provide you with this thing.
It is what all mankind has always striven for.
The invisible ingredient that provides meaning.