Why the Right Needs Feminism 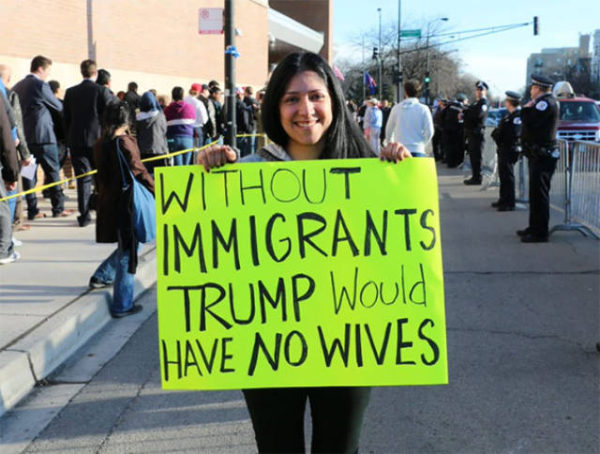 I want to start this article off with a simple statement: the Right needs feminism. I can hear your cries of indignation echoing through the tubes of the Internet, but hear me out.

The so-called “crisis of masculinity” — that is to say “the ongoing and ever-changing struggle to find an acceptable compromise between the primal gang masculinity […] and the level of restraint required of men to maintain a desirable level of order in a given civilization”1 — is, as Jack Donovan notes, an inevitable result of modern civilization. The question has never been “is there a crisis of masculinity?” Nay, that “problem is as old as civilization itself.”2 Instead, the question is “under what conditions can we address this crisis?”

It is my contention that, although seemingly counterintuitive, feminist epistemology has been the impetus (if not the primary force) behind movements to solve the crisis of masculinity. To understand why, we must journey back to 1949 and examine the introduction to the French existentialist Simone de Beauvoir’s seminal work, The Second Sex.3

In The Second Sex, de Beauvoir lays out a Hegelian (and arguably structuralist) understanding of womanliness and femininity. While we will not get into a detailed analysis of her argument, a cursory understanding is necessary before moving forward. For her, masculinity (whatever that may mean) has been the culturally hegemonic force in history and has shaped the identities of those around it. Specifically, she argues that masculinity has been the norm â€“ “both the positive and neutral” electric poles in philosophical inquiry whereas women represent “only the negative, defined by limiting criteria”4 — and that womanliness and femininity have been defined as a “lack” of masculine qualities.5 What is important to take from de Beauvoir’s analysis is the concept of binary opposition. Binary opposition, in a word, is the idea in linguistics and semiotics that says that things get their meanings by reference to what they are not.

de Beauvoir’s analysis, indeed her entire project, hinges upon a view of the world that holds masculinity as the dominant, culturally hegemonic force which, for centuries, it was. As she noted in 1949, “[a] man would never get the notion of writing a book on the peculiar situation of the human male.”6 But this is The Current Year™ and times have changed. Not only does Jack Donovan’s excellent book, The Way of Men, do precisely what de Beauvoir says is impossible, but the scores of authors Donovan cites show that, indeed, “the peculiar situation of the human male” is being examined.7 The question we must thus ask is why? de Beauvoir’s analysis was certainly correct in the late 40s and early 50s — there were no major analyses of masculinity — but her commentary doesn’t hold up today. What changed? Simply, the change was the rise of feminism and female identity politics.

In the early days of feminist theory, the questions of femininity and womanliness were only raised due to the hegemony of masculinity. Because masculinity was such a dominant force, it was used as a thesis by Hegelian feminists off which to bounce an antithesis of femininity. This feminist dialectic directly resulted in the rise of female identity and a more multipolar conception of gender. This multipolar conception of gender — that is to say, a world where female identity politics were recognized alongside masculine hegemony — gave masculinity a thesis off which to bounce its own ideas. It’s true, as Donovan notes, that the growth of civilization, the bountifulness of food, and the peacefulness of society made inevitable a crisis of masculinity insofar as men are now unable to partake in traditional activities that made them good at being men; instead they are confined to simulated, vicarious, and intellectualized masculinity.8 Indeed, “[w]hat are men supposed to do when there’s no land to settle and no one to fight?”9 However, Donovan only takes the analysis so far. Just because the crisis of masculinity was inevitable does not mean the study of manliness was. Just because modern society produced a crisis of masculinity does not mean that modern society would have necessarily produced an answer to it. Rather, something was needed to force the issue of masculinity to the forefront of people’s minds. That something was feminism. Feminism created a reactionary male counterpart.