Why The Churches Failed 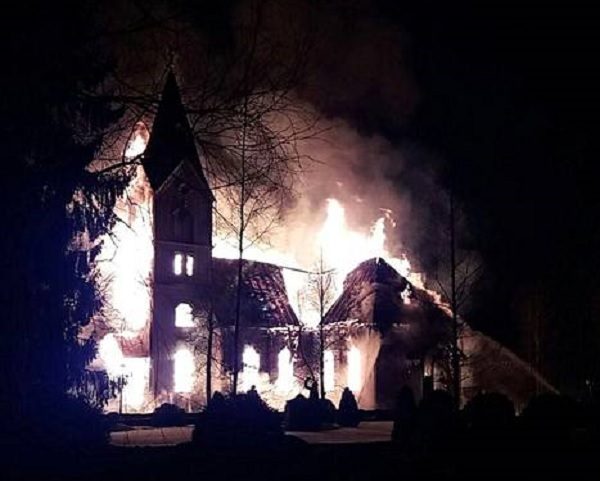 Christian attendance at churches is dropping, as is the share of Christians in the world religion market. Some industry sources offer insight into the collapse of this once-thriving religion:

…Here is my very tentative proposal for eight other reasons:

â€“The pre-modern claims of traditional Christian faith appear increasingly incredible to postmodern Americans. It has been a very long time since a majority of cultural elites found Christianityâ€™s supernatural claims, for example, to be credible. These elites dominate our culture.

â€“Hypocrisies and conflicts in church, when they (inevitably) erupt, donâ€™t just drive people to other churches, as in the past, but sometimes take them out of Christianity altogether.

â€“The fading of cultural Christianity means that fewer and fewer Americans feel any cultural or familial expectation to be in church or practice Christianity. â€œIt was good enough for grandpaâ€ just doesnâ€™t cut it anymore.

â€“American Christianity is not producing many compelling leaders, and thus the average church (as well as the Church writ large) is not especially inspiring or visionary. Many ministers play it safe in order to keep their jobs, or are simply not that talented.

â€“The collapse of any protection of Sunday from recreation and work, together with the gig economy, means many people are working or otherwise engaged on Sunday.

â€“It is harder for parents to pass the faith onto their children in a wired world in which parental influence is in decline.

â€“Evangelism is dead. No one really knows how to â€œshare the Christian faithâ€ any more in a way that connects with people, and many Christians have stopped trying.

This article seems on-point, but to it we must add another compelling reason: Christianity failed to stop the decline when people depended on it to do so. Instead, it seemed to join the decline as its leaders tried to make it simpler and more accessible to reach more people. Once democratized, it failed because people can get that same experience anywhere else. Church is no longer unique and as a result, has no necessary function in the daily lives of people.

Instead, it too has been ceded to the Left. Once it went down the path of dumbing down, the smart people fled, and idiots were only too happy to surge into the gap and take over, switching the choir to a rock band and the message from self-sacrifice to self-expression. Nothing kills a church like being a place that smart people attend once and then run to the hills.

In my generation, no one goes to church, although we are proportionately more religious in feeling than the previous generation. They go to church because they sense that it is right to do, but we stay at home and try to reach a God who seems to have forsaken this planet, but whom (Whom?) we suspect still loves us and cares about the outcome even down here in this modern wasteland.

If Christianity wants to succeed, it should do what the Orthosphere counsels: stop trying to be like all the other kids. Offer a unique experience that can be found nowhere else. Get out of politics and social commentary. Focus on saving souls and instilling moral awareness, even if the sheep might wake up and realize their civilization is collapsing. Connect people to the divine.

Why Are People Prone To Destructive Behavior? | Libertarianism Is A Variety Of Leftism And Should Be Avoided