Why Obama’s education plan is a disaster

I’m liking much of what Obama has done lately. At least, his willingness to tackle issues like overfishing and some pollution is commendable. But on education, he really screws the pooch.

Speaking as someone with no shortage of experience in education, there’s only one rough way to do it correctly. As in writing, where what you write depends on your audience, in education what you teach depends on your students — except that they come in strata. You either teach to the top or to the bottom. All subvariants of a plan distill or decay down to one of these two: teach to top, or teach to bottom. 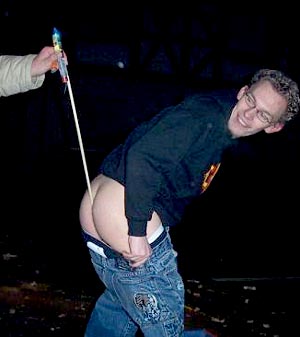 Teaching to the bottom is the “inclusive” and politically correct method. In this view, all your students and the teacher are so damn smart that a new idea will be introduced, they’ll get it, and then wait patiently for Joe Slow and Callie Clueless to catch up. In reality, while we’re waiting, everyone zones out including the teacher. This produces school that bores its students, causing more discipline problems, which ends up becoming a jail (to handle the discipline problems) in which boredom is the norm (because everyone is zoned out or waiting for the slow). In Texas schools, they’re even “mainstreaming” retarded (sorry: “mentally challenged” and “learning disabled”) students so that the whole class gets to wait for the 70 IQ point kids in the back to grasp what a concept is, or even remember the name of the subject.

Teaching to the top is how we used to do it in this country and Europe. In this view, education is like a speed train or a hose you drink from in the summer. It constantly generates high-intensity material so that smart kids are not bored, and lets everyone grasp what they can. A student who is both intelligent and organized will capture the 90% of this material necessary to perform quite well. Dumb students are just screwed, but they end up getting mercy Cs and getting passed along to next year.

Obama’s plan combines teaching to the bottom with penalties for those who do not make bricks out of mud alone, e.g. somehow motivate those politically equal but mentally unequal slow kids to perform as well as the smart ones:

In interviews, they said the administrationâ€™s proposal for rewriting the main law outlining federal policies on public schooling, No Child Left Behind, would continue what they called an overemphasis on standardized tests, impose federal mandates on issues traditionally handled in collective bargaining, and probably lead to mass firings of teachers in low-performing schools.

The administrationâ€™s plan for the No Child revision would, if enacted by Congress, replace the lawâ€™s accountability system, based around the goal of bringing all students to proficiency in reading and math by 2014, with another intended to help all students graduate from high school ready for college and career by 2020. The current system has labeled one in three of the nationâ€™s 98,000 schools as failing, far more than any level of government can help, and the process has left many teachers demoralized.

The administrationâ€™s proposal would instead focus the most intense school turnaround efforts on about 5,000 of the most chronically failing schools. – NYT

So Obama’s plan is to penalize teachers for lagging behind, and throw our money into the chronically failing schools. This not only neglects our best hope, which is the smart/motivated/organized kids, but also will penalize teachers for not being able to make a silk purse out of a sow’s ear. If a student has an IQ of 90, they’re not fodder for high school or college. They will never be in an advanced class. They will only fail.

Even worse, by continuing our deflation of the value of an American high school education, we’ve forced colleges to take over the tasks of remedial education, which wastes half of a college degree on menial stuff. That means in turn that a college degree is not worth much, and so we all must rush out for graduate education. In turn, that isn’t worth that much, since a lot of it gets dedicated to filtering and re-reducating undereducated college students.

By teaching to the bottom, we’ve reduced our education system to three tiers of high school.

As a result, every single person out there wants a college degree and thanks to the dumbing-down, they can get one — but this in turn dumbs down college further and makes each college degree that much less valuable. If every job candidate went to college, and even elite colleges accept relatively unstellar students for political or financial reasons, the college degree becomes the new high school diploma.

Two articles in the last year have attacked this idea. In the first, Charles Murray points out that college for people under 115 IQ points is a total waste of time. In the second, Thomas Reeves shows how many students do better by not going to college, which in turn prevents the dilution of the value of a degree.

America stumbles downward toward third-world status not because we’re importing third world workers, but because we’ve dumbed ourselves down to the point where we’re useless and expect a gold ribbon for showing up and writing our name on the page. The rest of the world doesn’t work that way, and we can’t afford to keep working that way as we get more dysfunctional. We need to reverse dumbing down, but Obama’s combination of focusing on the negative low performers, and penalizing teachers for not making them high performers, only worsens the situation.

Delusion | The struggle for leadership methods