Why National Socialism and White Nationalism Have Become Obsolete 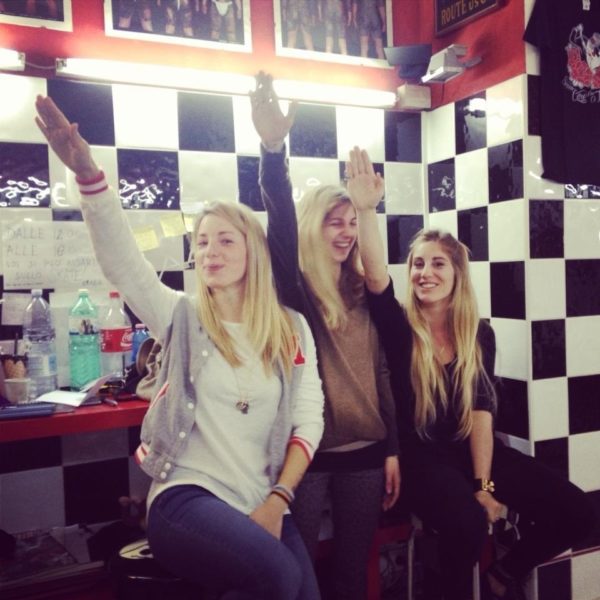 In the weeks after the Charlottesville protest, which will prove to be a pivotal event in human history, several movements have become obsolete and not because they are being censored by government, media and corporations.

Neo-Nazism, white nationalism, National Socialism and White Supremacy have died. In their place has risen something much more threatening to the status quo: the awakened interest of Western European people in having their own civilization. This includes the knowledge that diversity, democracy, consumerism, tolerance and other equality-based ideas make it impossible to have that civilization.

For many years, WN/NS have coexisted with our media in a symbiotic relationship: when the news gets slow, the Hollywood Nazis show up and do something outrageous, which allows the media to have a conniption fit and sell tons of newspapers and internet ads because people are terrified that Hitler has showed up among us to genocide our Jews and enslave our African-American citizens.

The reality is that the people who have showed up tend to be insignificant, except for the fact that they can get media attention and then, in a mirror image of the SPLC and ADL, solicit donations from those who realize that diversity is unworkable and want an alternative. The whole thing is a big scam on both sides, except for a few True Believers who are worth paying attention to.

But in the last seventy years, WN/NS have done nothing but drive away the normal, well-adjusted upper half of middle class citizens who make all the decisions in our society. When you look out and see angry proles, you do not care if they are Communists or Nazis, because you realize that they are marginal at best and probably unstable.

The rise of a cluster of movements — Neoreaction, the Alt Right, Traditionalism and Identitarianism — show us that people desire the ability to speak in favor of social order, which general includes taboo ideas like nationalism and traditionalism, instead of the barely contained anarchy that is our democratic, consumerist and diverse society.

When the Alt Right showed up in Charlottesville, the Nazis among them did not define the day, although the media and Hollywood Nazis both wanted that to be the case. What defined the day was the the Alt Right, dressed in preppy clothes and snarky like college students, created an even more extreme reaction than WN/NS could garner, and this made the WN/NS elements obsolete.

Consider this as a simple question of economics. If you have two products, and one suddenly does everything that the other does and more, then why keep using the less effective product? WN/NS has been priced out of the market by the Alt Right, which communicates in a language that normal people can appreciate and avoids the extremism, violence and insanity of the majority of WN/NS groups.

The Alt Right is not calling for genocide, warfare and discrimination. The Alt Right simply points out some taboo aspects to reality: the diversity does not work despite centuries of effort and trillions of dollars in aid, that democracy creates a parasitic and tyrannical government, that promiscuous and selfish behavior is ruining our future. These truths themselves terrify egalitarians.

In other words, the Alt Right offers what people wanted from WN/NS, but gives much more. It offers a hopeful future vision, where diversity ends peacefully and a transition of power occurs, and Leftists resettle to the third world. It gives reasons for those ideas, and points out the obvious failings of our society by making fun of them in the grand tradition of savage humor.

Where WN/NS promised instability, the Alt Right offers stability. Part of this is that it did not eject the WN/NS from its ranks, but simply removed their power and made their ideologies obsolete, so that their best option is now to join the Alt Right and give up the unstable and sadistic aspects of their belief systems. They can no longer command the cameras by simply stepping out with flags and regalia. They are obsolete.

It is natural that conflict begins at the edges of society where antisocial behavior thrives. The man who is making a half-million a year notices the same problems that the man making a twentieth of that and living in a trailer does, but the first man has options and chooses to avoid conflict by escaping the problem. That has ended with the accelerating Leftist takeover of government.

The antisocial behaviors common to WN/NS are no longer needed. The upper half of the middle class is open to the idea that Western Europeans should live apart from others, that everyone else must go home, that our behavior needs an upgrade, and even that we need leadership more competent than what democracy can provide. They are not interested in cruelty, bigotry and a proclivity for violence however.

We have bypassed the conventions of those edges of society, including antisocial and cruel behavior, and gone for the middle. People in the middle want function above all else, and respond to practical ideas that are also favorable in the long term. These people have sleeping in them the ancient spirit, and secretly desire a Lord of the Rings style anarcho-monarchist and traditionalist society, which requires rule by culture and not markets or the popularity contest that resembles a market, which in turn requires identitarianism, or selecting the population by both ethnic heritage and cultural compatibility in parallel.

Many of us have for years criticized WN/NS as being excessive about the wrong things and weak about some important things. We were waiting for something better to come along. During the past few months, the Alt Right has had an internal debate about its future, and the issue has been decided by the fact that we neither need WN/NS, nor want their instability. We have a better path.