Why Does the Left Hate Nature So Much? 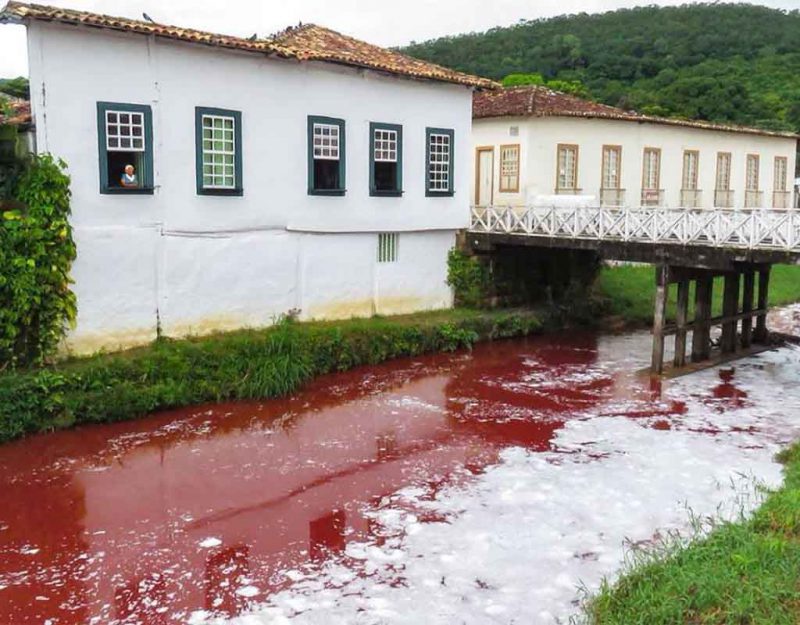 Another day, and it seems that Leftists are getting caught setting forest fires:

According to court documents, Maynard’s alleged arson spree included blazes he started in July and August behind crews fighting the Dixie Fire, which became the second biggest wildfire in California history, scorching more than 1,500 square miles and destroying more than 1,000 structures.

Federal prosecutors say Maynard, a resident of San Jose, set four blazes: the Cascade and Everitt fires, on July 20 and 21, and the Ranch and Conard Fires on Aug. 7.

Why would someone do this? Presumably to destabilize society so that the Great Revolution can come and convey us all to a Utopia of Equality, which is the goal of all Leftists, although the moderate Democrats want to do it slowly by the vote and the Communists want to seize power by murder as usual.

More importantly, why would someone consider such an act acceptable? To do so, they would have to consider nature as secondary to humanity, and as a tool for humans to use. They would have to see it as expendable because they live in a world entirely created out of human social impulses, including sensations, judgments/critiques, and emotions.

In other words, they want to dominate and subjugate nature. Humans have a long history of justifying destroying the natural as “progress,” a term that first meant technological dominance of Earth and now includes egalitarianism, or dominance of Earth by human individuals acting for themselves instead of natural order:

Within the tradition of historical progress three schools stand out. First is the Hegelian School, the originator of the idea of History, a loose history of philosophy that asserts great men are carried forth by the hand of Geist (Spirit) to do its biding as the world historical hero who is the instrument of historical achievement. Next, and most famously, is the Marxist School, which synthesized intellectual scientism with a revised Hegelianism to produce their revolutionary doctrines that History advanced through economic (class) conflict. Last is the scientistic, materialistic, mathematical, industrialist, and urban school that was the actual foundation of early twentieth century progressivism; this school emphasized humanity’s mastery of the natural world through scientific and mathematical advancement and that humans were machines meant to live in urban, industrial, and mechanized modes of life which found its antecedent roots in the works of Francis Bacon and the British Whig tradition in politics.

The original “progress” consisted of taking people out of idiosyncratic little towns, abolishing their culture and faith, splitting up their families, forcing them into apartments, and then getting them into “city jobs” which were as useless and lazy back then as they are now.

The idea was that, this way, humanity could be “managed” by a bureaucracy, and therefore controlled, or mobilized military-style to achieve whatever the people in power thought was necessary at that time. Why have a sprawling organic society when you can have the instant command and control of an Asiatic tyrant?

It started with The Enlightenment™ which espoused the idea that the human individual, its desires, and its judgment of itself was more important than a social order like Tradition or natural order.

It rejected the early Greco-Roman years in order to idealize the pre-collapse behavior of those once-great empires.

Its basic idea, that the individual took precedence over civilization, was the first form of modern individualism, which as an ism means “the individual before all else.”

This viewpoint took off but finally found political voice in the French Revolution, where it was decided on egalitarianism, or demanding equality so that each individual could be me-first-above-all-else and the Crowd would support him.

That turned out badly mainly because no one wanted to work. You had an explosion of terrible art, poetry, and music, but very few people wanted to go work in the fields, make the clothes, drive the cabs, clean the toilets, and otherwise keep civilization going.

In other words, civilization had inverted itself. The people who needed to be doing basic work were pretending to be geniuses, and consequently, the support system for actual genius collapsed.

France then began a slow slide that within a century and a half had them recede from “world power” to a non-entity.

Individualism became egalitarianism in order to survive the social challenge. That is, how to explain it to others in such a way that they do not attack; saying “I want ‘me first’ for everyone” is not only defensible, but inassailable, since anyone who criticizes it gets the “why do you think you’re better than us?” that humonkeys invariably invent.

A good con job performs three roles at once:

To make this con work, you have to play into the projection of others. They fear tigers, so see tigers behind every bush; they want free fruit, so if you hand out just a little of what you got, they can be bought off for pennies.

Individualism was always a con: while enjoying the benefits of civilization, the individual avoids doing what is necessary to support civilization, while portraying himself as a martyr for the interests of others.

Remember that the original idea of egalitarianism is individualism or “me first,” which requires that we believe bad = good and good = bad so that the individual is not judged by the outcome of his actions, but by his individuality alone.

This mental virus quickly takes over because it is popular, and if we have learned anything from humanity, it is that what is popular is what is mentally easy with the widest segment of the population, usually consisting of half-truths, simplifications, and outright illusions that fan emotions and inspire a sense of victimhood and self-pity.

As individualism reaches its final form, all of those who are naturally self-pitying — life’s losers, usually either foreign genetically or with an accumulation of deleterious mutations through a combination of outbreeding and inbreeding — join together to tear down the power structure, culture, hierarchy, and tradition so that the individual alone can be the focus, under the guise of “equality.”

They tend to be internationalist, or not focused on their own nations, because they want to abolish culture and for culture to die, national identity, tribal origins, ethnicity, race, social class, and traditions must also die.

One American president described the internationalist conspiracy as follows:

For we are opposed around the world by a monolithic and ruthless conspiracy that relies primarily on covert means for expanding its sphere of influence–on infiltration instead of invasion, on subversion instead of elections, on intimidation instead of free choice, on guerrillas by night instead of armies by day. It is a system which has conscripted vast human and material resources into the building of a tightly knit, highly efficient machine that combines military, diplomatic, intelligence, economic, scientific and political operations.

Its preparations are concealed, not published. Its mistakes are buried, not headlined. Its dissenters are silenced, not praised. No expenditure is questioned, no rumor is printed, no secret is revealed. It conducts the Cold War, in short, with a war-time discipline no democracy would ever hope or wish to match.

They want “progress” in the sense of domination of Earth by the human individual in groups dedicated to mutual individualism, a phenomenon identified here as Crowdism.

For them to succeed, they must smash all organic — arising from the historical interaction of forces of nature — things, including nature itself, history, wisdom, learning, and competence, since those give rise to hierarchy.

No wonder they burn down the forests. If they could, they would cover the Earth in concrete so that thirty billion humans could live in utilitarian condominiums and spend their days in individualistic self-expression on Facebook.