Why Do Leftist Jews Hate Israel? 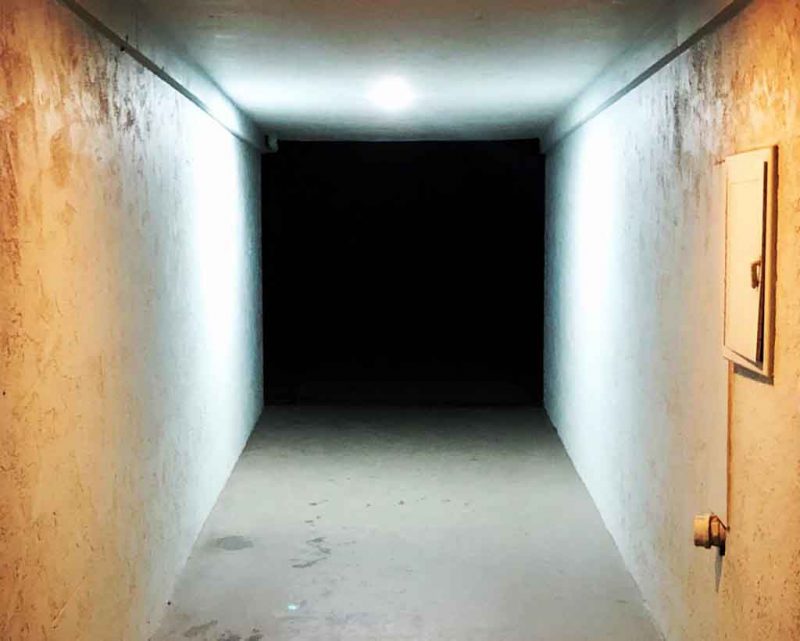 You might ask why a far-Right (or even Ult Right) writer would have sympathy for Israel. It immediately leads you to wonder whether this scribbler has dual loyalties, or is trying to adopt a mainstream opinion for popularity. These are legitimate questions.

If we are honest about humanity, we accept its diversity as a worldwide phenomenon, meaning that there are many nations each with their own character. Formed of the four root races — African, Asian, Caucasian, Australid — in different combinations and degrees, each of these tribes separated itself and evolved its own culture and genotype.

For us to accept this means that we desire its continuity at least in a state of nature where some rise and some fall, and some fade away from incompetence but the good remain. Even more, we want each of these groups to gradually come to a point of equilibrium where it is the best that it can be.

This comes from accepting that all groups are competing, but the corollary is that groups which are not threatened by others are least likely to cause problems. Self-sufficient, they need nothing from anyone else, and therefore are content to do their thing apart from the rest of us.

Alongside that, sensible people recognize that every group is self-interested no matter what it says to the contrary, and only does what benefits it. On this lonely planet, we can form alliances when our goals overlap, but these are not enduring. We each must stand up for ourselves.

Some would say that any group which wants to live in peace must then dominate the rest and possibly exterminate them. There is no good argument against this: certainly, if WASPs took over the world and killed off everyone else, we would experience less interference.

However, this offends the fundamental view of the world of my tribe, at least, which is that we have no interest in most of these areas. We love our homeland. It benefits us to stay strong through warfare, because people who like to fight need something to fight. War may not be fun, but it is necessary.

With this state of mind, we can see the benefits of nationalism. Every group has its own place. They may go to war over territory or resources, but at the end of the day, each has its own zone in which it must undertake the most difficult task of all, which is accruing the mental, moral, and physical discipline required to be self-sufficient, orderly, and oriented toward some productive, positive, and creative goal.

Individuals strive for the same in the small, and this benefits groups with the foresight to choose positive reward systems in which once someone does something productive, they are rewarded. These are the opposite of negative reward systems, where everyone is given the same and then those who fail in some way are punished. The former has an emphasis on achievement; the latter enforces conformity since reward has already been achieved.

Nationalism takes this personal model to the level of international relations. Instead of trying to find a universal standard under which all nations are roughly the same, as one might expect in a negative reward system, it aims for a positive reward system: grant each tribe autonomy as a nation, and let them find a balance that works for them.

This naturally appalls the Leftist mind since it wishes to establish a universal standard of equality and then enforce it on all, punishing those who deviate. For the Left, there is only one absolute good, and that is striving for equality; any who impede this are seen as bad and necessary to remove.

This creates a bit of a hiccough when it comes to Zionism. Misunderstood by most, Zionism is simply Jewish nationalism, or the idea that Jewish people need to end the diaspora, or their time without a nation, and return to their historical homeland in Israel now that it is free of pesky Romans.

However, Leftists use Jews as a “teachable moment” for the doctrine of equality by teaching The Holocaust. This is in fact a recent phenomenon, originating in late-1970s mainstream media propaganda designed most likely to further the American Civil Rights regime:

No one could have predicted the impact of the drama “Holocaust,” originally broadcast by NBC in the U.S. a year earlier. The miniseries had been created above all for an American audience, and NBC had been looking for the right kind of “story” to replicate the success of ABC’s blockbuster drama “Roots.”

Germans had up to this point been obsessed with Hitler and other Nazi leaders, but had hardly shown any interest in the victims. That changed after the broadcast. The miniseries also established the term “Holocaust” to describe the mass murder of Jews, directed the attention of historians to everyday life under the Nazi regime, and shaped a major legislative debate that resulted in a decision, which allows German courts to prosecute Nazi perpetrators to this day.

This means that from the end of the war until the late 1970s, the Jewish experience was swallowed up by the overall experience of the war which mostly focused on its catastrophic effects on the West. Suddenly, in the midst of a post-Vietnam push to integrate American society, that changed.

Despite the perceived positive effects of this historical recognition, it immediately created several problems. For the Left, it put them in paradox, because they used it as an argument for why every nation should be multicultural, reasoning that with no single national ethnicity, discrimination and anti-Semitism could not occur.

Next, it changed Jewish identity, making them an official victim group much like Africans had been so designated with Roots. When thinking of Jews, then, one no longer thought about the Bible, Masada, and the struggle to establish a homeland in the perpetually restive middle east, but as victims of Nazis and huddled persecuted people on boxcars to Poland.

It almost universally enforced support for multiculturalism upon the Jewish community which had previously been leery of it given clashes with Africans and Puerto Ricans in its home neighborhoods in New York City.

In addition, it brought up problems with the Holocaust narrative which had been crafted by Soviet and American propagandists after the war. Revisionists pointed out that the numbers were way too high and the majority of deaths were from disease. Others pointed out the obvious truth that the Nazis had used the Jews as slave labor, then disposed of them when it turned out that this slave labor was not doing a good job of making munitions and other essential war materiél. It is fairly hard to overcome the Wannsee declaration or some of the other internal documents, but the trope that Hitler started the war to eliminate the Jews and killed six million never sat well with many historians.

However, the biggest clash slept for some time as the Left and Jewish community entered into an uneasy truce. Any time someone objected to the demand that all nations be multicultural, out came mentions of the Holocaust, Hitler, slavery, and even the American Indian (Amerind) experience. That settled the debate for bourgeois middle class voters who scurried away from any controversy that might cut into their bottom line.

As Israel modernized in the 1980s and became a powerhouse of industry, military, and intellect in the otherwise fractured middle east, American Leftists felt the old clash remain: they could not both argue for multiculturalism and support Israel. Thus, their ancient hatred of the mono-ethnic nationalist entity rose like bile in a street-fighter.

This in turn brought out a problem that the Left had hoped to obscure which was that in the Soviet Union, despite initial friendliness to the Jews who invented Marxism and supported the Bolshevik revolution, suspicion of dual loyalty arose and Jews were persecuted. Leftists downplayed Soviet anti-Semitism:

Among other subjects, according to an FBI paraphrasing of their conversation, Levison and Miller “discussed anti-Semitism in Russia and the satellite countries.”

A few moments later “Stanley said that the anti-Semitism situation was not as bad as the ‘pact’ (possibly the Hitler-Stalin Pact) which could not be discussed with people.”

For a Leftist, as said above, equality presents the only good that they recognize. All is a means to that end, including Leftists themselves, who treat equality like an apocalyptic messianic religion. For that reason, Jewish Leftists threw Israel and Jews under the bus.

At this juncture, it makes sense to say that dual loyalties come into play in the inverse form of what the Soviets feared. For a Leftist Jew, Leftism is their primary religion, and Judaism is important only when convenient toward achieving the goals of Leftism.

This brings us to the current day when Leftist Jews fund organizations that work against Israel simply because Israel is nationalist and refuses to accept Palestinian diversity:

Financing tied to billionaire activist George Soros is a common yet largely under-reported theme among organizations that lead or support the anti-Semitic Boycott, Divestment and Sanctions (BDS) campaign attempting to delegitimize the Jewish state.

People like to talk about finding a “third way” past Right and Left, but this proves nonsensical when we look at history. The Right was the way things were always done; the Left brought a new philosophy, egalitarianism, to the table and is solely defined by this belief.

This means that humanity separates into two groups, those who believe equality is the ultimate goal and those who do not. That latter group can include those who simply are not interested as well as those who actively oppose egalitarianism.

For the Rightist, this puts us at a dual disadvantage. First, in defending tradition and conserving the best of the past, we must defend an unconscious majority. Defending majorities is never easy because to people in a majority, that identity is invisible, and they are more focused on local and personal concerns.

Next, we must oppose egalitarianism, but it is a simple philosophy focused like a laser, and we can only offer a complex set of principles based on what we have learned from the past, and a general transcendental vision of beauty, excellence, and realism in life. This bundle of thoughts cannot compete with a single, easy, and seemingly universal thought.

Egalitarianism explains the world in simple terms. Nature and humanity are not equal, which is why Leftists are not successes at whatever they have tried, but making humanity equal is both the only activity worth doing and will cure all of our ills.

In a twist of verbiage, egalitarianism is not so much about wanting equality as scapegoating inequality.
Those who want to escape the madness engendered by Leftism must escape this scapegoat, which means denying negative reward systems and embracing positive reward systems like nationalism.

Since the mind of the Leftist cannot do this, all Leftists — including Jewish Leftists — are doomed to hate Israel, Zionism, and any form of nationalism. Those of us who want nationalism then should go to the other side, and support nationalism for all peoples.