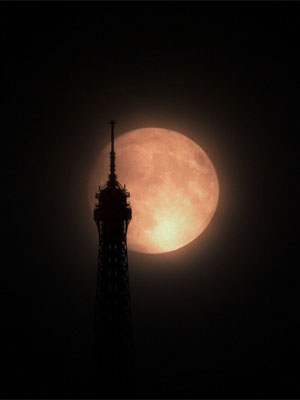 In a bin outside a tiny corner shop in Tokyo’s old bookseller neighborhood Jinbocho, I found a yellowed paperback entitled Who Killed Society? basking in the sun. The date of publication is December 1960. Only a dog-eared receipt serving as a bookmark shows that it was in the hands of anyone before me. I wonder how this book got to Tokyo. Possibly the original owner was, like me, escaping from a dead society and searching for a living one.

It is a book about the loss of a word, and therefore the loss of meaning. It can tell the reader more about the meaninglessness of the modern era than any existentialist piddle. In this book you may learn that within America itself, there was once a sense of place, and of old families whose names were associated with different places. There was a time in America when local newspapers carried society pages replete with meetings of the Daughters and goings on about town, and indeed “ceremonies of Society were given more space than the proceedings of the Congress”, and when “inequality [was] as dear to the American heart as liberty itself”, and when “keeping up with the Joneses” was a frivolous joke directed by members of society towards outsiders, and not a real, uncomfortable description of everyday capitalist absurdity. Well-groomed and well-bred gentlemen met behind the closed doors of private men’s clubs in New York and Philadelphia to determine the fabric of the city. Quote:

In Pittsburgh … in deference to the “social” suburb of Sewickley and more particularly to the famous family of Nevin, the boy begins his prayer, “Our Father who art a Nevin.” And in this same city, where not even Sewickley outranks the awesome “Heights,” Mrs. James B. Davis adds the further intelligent that, while teaching Sunday school there, she distinctly heard one child singing, not “Glory to God in the Highest,” but simply “Glory to God in the Heights.” To a child in Pittsburgh the thought that the Almighty could live anywhere else was apparently unthinkable.

It is difficult to imagine an America so anti-democratic, but what is surprising is that it is also quite anti-capitalist. The reason this book has seen no new printing since 1962 is because it does not fit the narrative of modernity. The outlier these socialites worked the hardest to exclude was not the the Catholic or the Jew but the entertainer, the actor, on stage and film. Marrying an actor would purge you from the ranks of polite society, and rightfully so: actors were defined by their popularity, by how much money they could rake in when they appeared on the stage, while gentlemen were, ideally, defined by their families and their manners.

Born a Nicholson and descended from the Lloyds of Nye House, Mrs. Shippen was asked by a friend of hers if it had ever occurred to her that if Our Lord had come to Baltimore she would never have met Him–since His Father was, after all, a carpenter. “But, my dear,” replied Mrs. Shippen, “you forget. On His Mother’s side He was well connected.”

But to be defined by your family in a society of immigrants is a bit of a paradox, and indeed, American society was always a paradoxical thing. The 1910 bookÂ New York Society On ParadeÂ gets right to the point:Â “New York has an ‘Aristocracy’ whose elevation is largely artificial, whose membership is largely arbitrary, and whose existence vitally depends upon those activities which are known as social function. In other words, while in Europe the mutual entertainments of an inherently stable upper class create Society, in New York the constant contortions of Society are indispensable to create and maintain a precarious upper class.” Note the inherent juxtaposition in this passage. If New York’s aristocracy is artificial and arbitrary, then European aristocracy isÂ naturalÂ andÂ constant. Today we know this is not really true; the natural, constant traditions embodied in European society are subject to the changes of modernity, albeit more slowly than Americans. But for Americans, modernity would change the entire social landscape within the century. The 1960 volume quotes a 1945 complaint by Frank Crowninshield:

Indeed, our remnant “high society” today, of country clubs and gated communities, is a very different beast from the one depicted in Who Killed Society?Â Like the Epicureans of late Rome, its old families are directionless, and enjoy their comforts most of all; they no longer have a commanding task with which they face the world, nor a voice which the world will listen to.Â The WASP world continues to rule in many regions, but its goings-on are no longer the talk of the town at large. It is cut off from the hearts of most American cities, which are now undesirable, and maintains a cohesive power only in New York and DC. Tradition is constantly being beaten back, out of the city, into ever more private corners. And the entire concept of family is vanishing; Warren Buffet’s progeny are not “the Buffets”, for they have scattered to the four winds.

Many of the families involved in Society were already gone in 1960. The author was forced to search the telephone book for them and discovered that in many cities, entire lines had gone extinct. The virtue pursued by society could not be bought with money, but in America, paradoxically, there was nothing to define that virtue except money, with the result that there was no point in marrying into a â€œgood familyâ€, and the entire concept of â€œgood breedingâ€ became confused. This perhaps presages the future for Europe if democracy does not peter out fast enough. If there is no prestige in marrying a Vanderbilt, why not just marry whoever you like? Even the question is somewhat silly to the modern ear.

The present meaning of the word society is only hinted at in this book. “I don’t think society is anything anymore,” says one Mrs. Perle Mesta, “except in its most liberal sense. I have the very oldest Bostonians to my party and even they like the liberal.” The old meaning of society, as social association based on principles of exclusion, has changed to one of radical inclusion. Thus “social issues” are no longer about who is marrying who, or indeed who anyone is, but what kinds of people will be included; ideally, everyone. The only kind of “social news” that is really news anymore is a placeless set of developments in inclusion. The New York Times carried its first gay couple on its weddings page a few years ago, and already this is old hat. One time the weddings editors found a lower class couple and did a front page story on them, and this was all very heartwarming, but also meaningless; nobody knows any of the family names involved in the weddings anyway, so the editors can do whatever they like, or even discontinue their weddings coverage altogether, without causing anyone alarm.

The author boasts boldly that he has written a book for the 1960s, meaning whatever was to come after 1959, but in the real 1960s, a cultural revolution would render his book not only irrelevant but almost unintelligible. We have only the faintest traces of memory to help us understand what he meant by Society, and what he means when he alludes to the old sayings and songs:

The Fallout of “Downfall” | An eternal religion: original sin