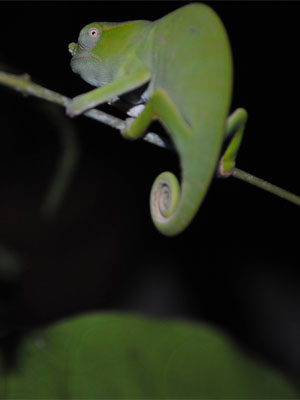 Politics goes back a long, long way, as does Leftism.
Indeed, without Leftism, aka Sinisterism, politics could not exist.

The Garden of Eden was the setting for Original Sin, which saw the devil beguiling Adam and Eve into the temptation of equality with God.
For what is temptation, but the promise of an easy route to what is not yours, or that you do not deserve? It is easy to see that temptation equals Leftism.

And so we have the devil, sinister by default, appealing through temptation, to Adam and Eve, to disobey God and eat the apple that would give them equality with God. Which is an easy thing to fall for, if you are human. To want whatever you consider you do not have, in preference for what you do have.

Humans always have a choice. They may decide which route to take. The one that is right and good, natural and life-giving, or the one that breaks all the rules of living, because it looks like the fast route to personal gain. This is the nature of temptation, and the nature of Leftism. Except, as is widely known among those who refuse temptation: the easy route is generally not what it appears to be, at all, and leads, inevitably, to the exact opposite of what it promises to deliver. Along with chaos, preceding final, permanent death.

The first Leftist was the devil himself. God granted life to the first humans, along with every goodness necessary to sustain that life. The devil set about taking that goodness, and life itself, away. Not by honest and direct means, because the sinister is incapable of such action, but by deception and deceit.

If the Left came right out and told it like it was, nobody would buy it.
“Vote for us, and we will progressively destroy everything that sustains you, until finally you, yourself are destroyed. Forever.”
No. That would not be something a Leftist would say. It would be more like:
“Vote for us, and get everything you don’t have, be anything you want to be, behave in any way you want, do no work, and worship nothing except yourself, and do it all at the expense of those who are responsible for your situation.”
And people, being people, are sorely tempted by this.
The devil offers much.
And delivers only death.

There is a right way and a wrong way. One works, but generally involves sacrifice. The other appears to work, but ultimately doesn’t; appears to involve no sacrifice, but sacrifices everything for nothing. The responsible way, and the irresponsible way. The way of life, and the way of death.

Adam and Eve were the eternal innocents. They may as well have been sentient rabbits, nibbling on boundless acres of verdant green. Innocence. This is acceptable in the newly-born, the very young, and in small, furry animals. It is a vulnerable, transitory state, that for survival’s sake, must be soon grown out of.
Men trade innocence for self-discipline. Selfishness for responsibility. Dogma for wisdom. Those who do not, are not men, at all, but babies.

The Religion is not some airy-fairy fireside story.
It tells the way to life. It warns of the way to death.
It promotes a reverence for life, advising against the worship of death.
It recognizes and respects both, but makes no bones about which it prefers.

The next time you encounter a serpent, shun it, but treat it well.
It knows not what it does, nor cares, for it is what it is.
It can not help itself.
If it exists, at all, then it has a purpose.
That purpose is not to become an object of worship.

Who Killed Society? | The Millionaire Next Door: The Surprising Secrets of America’s Wealthy by Thomas Stanley