What is a hipster?

Frequently on this blog we talk about how conservatism is an aggregate of working solutions to the problem of adaptation to our environment, and liberalism is an “ideological philosophy” meaning that it has one central point, equality of the individual. 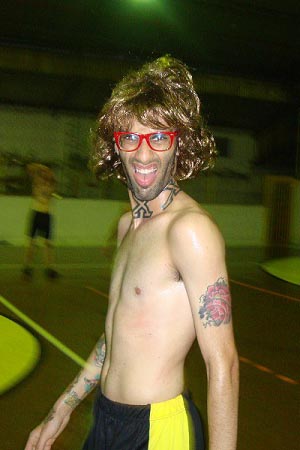 Equality of the individual is a presumption that in reality leads to the idea that every lifestyle, every choice and every morality is equally valid. This causes social decay in that there is no longer a consensus of values that determines who gets punished and who gets rewarded. Instead, there’s a giant chaotic market in which some succeed and others don’t, usually depending on who gets caught.

One of the consequences of equality is the ego-centric individual, or those who want to look good in the mirror of social approbation. They want others to like them but since we’re all equal, they have to do it in trivial ways. Not through superior character, moral standing, decision-making, intellect, talent or ability, but through how unique and different they are from the mainstream.

The forefront of this movement is the hipster. Arising from the alternative rock scene of the early 1990s, hipsters were a rejection of societal norms in favor of social ones. Inextricably entwined with liberalism, hipsterism is about rejection of the majority and focus instead on how the individual as a person is able to socialize within the framework of cognitive dissonance, or explaining why they are civilization drop-outs who favor nothing but their own convenience.

But what is a hipster?

All hipsters play at being the inventors or first adopters of novelties: pride comes from knowing, and deciding, what’s cool in advance of the rest of the world. Yet the habits of hatred and accusation are endemic to hipsters because they feel the weakness of everyone’s position — including their own. Proving that someone is trying desperately to boost himself instantly undoes him as an opponent. He’s a fake, while you are a natural aristocrat of taste. That’s why “He’s not for real, he’s just a hipster” is a potent insult among all the people identifiable as hipsters themselves. – The Hipster in the Mirror, New York Times, November 12, 2010

The hipster, however, was someone else already. Specifically, he was a black subcultural figure of the late forties, best anatomized by Anatole Broyard in an essay for the Partisan Review called “A Portrait of the Hipster.” A decade later, the hipster had evolved into a white subcultural figure. This hipster — and the reference here is to Norman Mailer’s “The White Negro” essay for Dissent in 1957 — was explicitly defined by the desire of a white avant-garde to disaffiliate itself from whiteness, with its stain of Eisenhower, the bomb, and the corporation, and achieve the “cool” knowledge and exoticized energy, lust, and violence of black Americans. (Hippie itself was originally an insulting diminutive of hipster, a jab at the sloppy kids who hung around North Beach or Greenwich Village after 1960 and didn’t care about jazz or poetry, only drugs and fun.)

The hipster, in both black and white incarnations, in his essence had been about superior knowledge — what Broyard called “a priorism.” He insisted that hipsterism was developed from a sense that minorities in America were subject to decisions made about their lives by conspiracies of power they could never possibly know. The hip reaction was to insist, purely symbolically, on forms of knowledge that they possessed before anyone else, indeed before the creation of positive knowledge — a priori. – What Was the Hipster?, New York Magazine, October 24, 2010

Ironically, no one hates hipsters as much as hipsters themselves, as illustrated by the Onion headline, Two Hipsters Angrily Call Each Other “ipster”. This is because hipsterdom is all about appearing not to care (while caring deeply), nor identifying with any particular tribe (while effortlessly fitting in). Also, it’s important to know that before Caribou got big and won the Polaris Prize, he was called Manitoba. Obviously. – The backlash against hipsters has begun, The Globe and Mail, October 9, 2010

An artificial appropriation of different styles from different eras, the hipster represents the end of Western civilization â€“ a culture lost in the superficiality of its past and unable to create any new meaning. Not only is it unsustainable, it is suicidal. While previous youth movements have challenged the dysfunction and decadence of their elders, today we have the “hipster” â€“ a youth subculture that mirrors the doomed shallowness of mainstream society. – Hipster: The Dead End of Western Civilization, AdBusters, July 29, 2008