From The Thinking Housewife:

I think the people who complained about your post on rape statistics are missing the point. There are two basic groups in humanity: those who want to adapt to reality, and those who want all decisions to be subjective because they fear oversight. 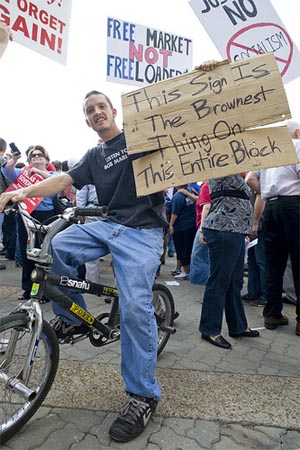 Your average healthy person under normal circumstances marries someone like them, not just in race, but ethnicity, class/caste, values, intellience and health. The happiest couples I have seen are roughly matched in all of these areas.

The people who want reality to be subjective also want to harm those who have risen above the lowest common denominator of society, which we can see in the cities. This group is comprised of people who cannot readily control their urges, live for nothing larger than themselves, and wish to tear down anyone who isnâ€™t like them. These people claim they bring progress, freedom, love, etc. but what they really bring is decay through the division of people.

It makes more sense for us to pay attention to natural divisions, and thus keep humanity together as a whole, than to break our society down into culture-less individuals who have no ideology or values system except â€œif it feels good, do it.â€ This is why race, chastity and many other things are important, and this is the fundamental split between conservatives and liberals: conservatives want to use time-honored methods of adapting to reality, and liberals view the only questions in life as social ones, and so say and do the â€œsocially correctâ€ things while completely ignoring their consequences in reality.

As we go on through our lifespan as a species, we need to ask ourselves what our actual goal is. Do we exist for ourselves as individuals only? If so, we become a rabble crowding into Wal-Mart for whateverâ€™s on sale. Are we united by a sense of role, reverence, harmony, purpose and transcendental appreciation of the divinity of life? Then we truly have risen above our alleged monkey origins, and are ready (psychologically) to explore the stars. – “More Thoughts on Race,” The Thinking Housewife, December 20, 2010

Diversity of any kind — religious, ethnic/racial, values, culture, customs and even language — destroys a nation.

It forces the member groups to either assimilate into the majority, or define themselves as being not of the majority, creating resentment.

This in turn forces speech codes as the majority tries to cope with being the enemy, forcing self-hatred upon them.

The end result is resentment, but it’s not the fault of any group involved. The problem is diversity.

Diversity by its nature deconstructs the implicit consensus of civilization, a shared sense of values, heritage, language and culture. The result is that people cannot plan their actions knowing what will be rewarded and what will be censured. Chaos and retribution result.

If you want a healthy society, nurture consensus.

If you want to destroy your society, deconstruct consensus. Diversity is one helpful method.

What is a hipster? | Diversity is genocide