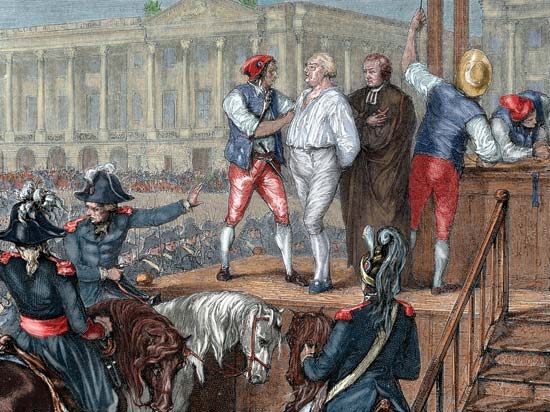 The salient fact of modernity is that without a natural hierarchy in society, all actions must be accomplished through mass popularity. In order to gain approval of the herd, called consensus, leaders or commercial actors must mobilize a large army of warm bodies who claim to be excited about the idea.

Understanding hierarchy requires understanding the concept of order, or the idea that many unequal parts can work together in balance toward a purpose, guided by principles which ensure the evolution of that work. The opposite of this is mass culture, in which all are equal and are controlled by a force which manipulates them through images, bribes, terrors and guilt.

Mass culture therefore removes all meaning to terms by using them flexibly to argue for whatever is needed or desired. Any term like “Left” or “Right” will be abused, but that does not change the underlying meaning any more than an apple becomes a banana when referred to by the wrong term.

As written about before on this site, the nature of the Right is twofold and emerges from its primary goal, which is to conserve. This outlook recognizes that entropy and selfishness are the eternal enemies of humankind and also the pitfalls that are with us constantly in everything we do or fail to do, and so our goal becomes conservation of what works best.

While this is positive, it is also too backward-looking, and so we dig further into the historical and linguistic roots of conservatism, and find that it is conservation of order, arising from Plato’s “good to the good, and bad to the bad” statement, along the same lines as morality and Darwinism. It sorts people into a hierarchy from good to bad, and promotes the good while beating back the bad.

In this sense, conservatism is a folkway, or a time-honored tradition of choosing not just what works, but what produces the best possible results so that life is inspiring to our fellow citizens. It is the opposite of an ideology, which is a commandment about what “should” be true according human mass desires, instead of a revelation of what is true and how to maximize it.

When it manifests in politics, this way of life becomes the Right:

Historically, however, the famous terms â€œleftâ€ and â€œrightâ€ are around 300 years old. They have their roots in the â€œAssemblÃ©e des Ã‰tatsâ€, the assemblies of the estates. Because of the belief of Jesus sitting at the right hand of God (the hand in which a man usually holds his sword in), the places right to the ruler were considered to be the more honorable seats. Therefore, aristocracy and clergy were sitting to the right hand of the king, the â€œlowerâ€ representatives of the free cities, the citizens, to his left.

This polarity carried on after the king was overthrown because those on the Right fundamentally wanted to restore the ancient order because they knew that aristocracy provided for greater stability than mob rule, and that while mob rule will always be popular with humans, so are many destructive things.

Naturally this created tension. It is impossible to work within a system you oppose without either compromising your principles, or being outright hostile to it and therefore unable to get anything done. The system selected for people who were willing to compromise, which explains why the West has steadily shifted Leftward since 1789 no matter what the Right seems to do.

Even worse, the fundamental conservative idea does not emphasize a change in direction because of its backward-looking desire to “conserve.” In this sense, backward-looking is not looking backward in time, but as a sense of retreat, where the conservatives try to defend a few vital institutions and ideals against a constant onslaught of Leftism. This strategy has not worked well either.

Most conservatives seem to accept society as a lost cause. To them, a society is born in a new state, rises to power, then becomes bloated with fools and parasites like every other human endeavor, and then lapses into a fallen state where conservatives just have to grin and bear it, keep paying taxes and supporting the military, and hope to silently pass into history, one presumes.

They rationalize their behavior with “work hard, pray hard” or The Benedict Option, but both are postures more than attempts to achieve anything. The modern conservative accepts defeat and, with his head held down low, trudges on through life, becoming bitter and passing that on to his family.

Launching a forward-looking conservative movement proves difficult because conservatives generally rationalize their way out of radical change. They also have no way to explain to people who are living the easy life why they should sacrifice and work hard in order to achieve a new system that looks like something from centuries before.

Any conservative party thus becomes a target for opportunists who are willing to cast aside the actual values of conservatism and replace them with pragmatic ones. They realize they can be the opposition party and still have power without having to do much of anything because they know and expect. To them, it is just another job, and they focus on the financial side of it.

Having given up on actually maintaining society, conservatives then treat politics as a business and try to compete, which dooms them because they are up against people who specialize in bribing voters with promises of free stuff. This is how conservatism ends up doing the work of the Left for them; by competing, it adopts Leftist methods, and soon becomes effectively Leftist:

The Progressive era of the West arrived by way of Bismarck and Germany. Otto, being a conservative, was, by that characteristic alone, a natural born progressive. He sought to stay the power and the rise of the Socialists in Germany. He did so thinking like a socialist, calculating as a socialist, and preempting socialist aims by providing what Socialists had not yet the wherewithal/power to dole out.

In the above, we see the classic pattern of conservatives “competing” by achieving socialism before the socialists. This way, the conservatives stay in power, but they also defeat themselves, much as American conservatives have by defending Leftist ideals and programs despite recognizing that these are anathema to their actual values.

This makes it clear as to why people are confused on “Right” and “Left.” When the Right acts like the Left, and the Left depends on the Right to keep the financial side of government operational, the dual parties seem like two heads of the same Hydra. In truth, the Hydra is the Left, and it maintains a public party as a means of forcing others to act out its agenda.

When considering this Hydra, it is worth realizing that it can take on many forms. The fundamental and only idea of the Left is egalitarianism, which means that bad and good alike can participate in society. This is their means of overthrowing any natural hierarchy and replacing it with a popularity contest so that the bad can seize power and profit from it.

In this way, the Left is an instance of both entropy and Crowdism, which is how all human endeavors fail by allowing everyone to participate, thus erasing hierarchy, at which point the Crowd demands the endeavor be made to fit its new audience, which inverts its meaning and adulterates its potency. That is what happened to conservatism as well: assimilation from within by people dedicated to nothing greater than themselves.

Humanity stands at a crossroads. We either find a way to beat this form of simian entropy, or we give on having advanced civilizations that can produce great art, literature and space travel. At that point, we will be assimilated from within by genetics, slowly introducing enough trace admixture to effect a soft genocide of our people, without whom civilization cannot be reborn.

The Alt Right shows promise by being willing to affirm the need to restore Western Civilization, which requires seizing power and driving out the parasites. In this way, it takes the ideals of the Right and the methods of the Left, uniting them toward a temporary force which can put civilization back on track, at which point it can develop naturally to its full potential.

Few will find it surprising that therefore the most intense appeal of the Alt Right comes from those who are existentially stranded in a boring modern existence and dreaming of exploring the stars.