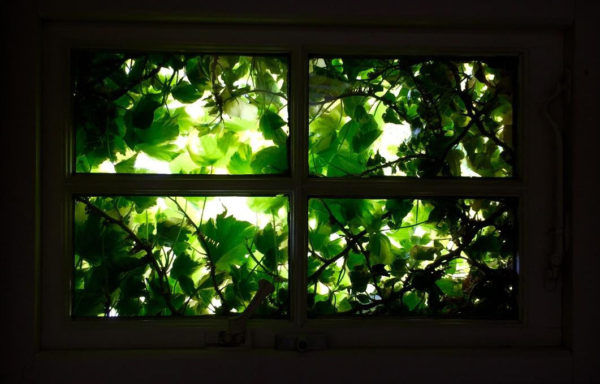 Some may wonder why Amerika identifies as conservative. The simple reason is that the other components of belief — nationalism, deep ecology, aristocratism, transcendentalism — both share a common root and do not stand alone as solutions.

We may never be able to compete with the Left, which wins fans by distilling all of human need down to the simple idea of mandatory equal inclusion, or egalitarianism, but we can offer a core formula.

The term “conservative” arose in response to the rising egalitarian attitude in Europe over the past thousand years, and came from the root word conservare:

As a modern political tradition, conservatism traces to Edmund Burke’s opposition to the French Revolution (1790), but the word conservative is not found in his writing. It was coined by his French disciples (such as Chateaubriand, who titled his journal defending clerical and political restoration “Le Conservateur”).

At that point, the idea is lost, simply because almost no one has been able to face the scope of what they are protecting, which is not “the past” as is commonly assumed, but the best of the past, meaning that which succeeded to the point of being responsible for whatever greatness remains today.

This should be strikingly obvious, but it does not distill to an easy concept, so it has been abbreviated to mean “holding on to the past,” when it actually means “striving forward to restore that which works in any year,” because conservatives fundamentally accept that history is cyclic, with golden ages formed of truths found and a long, dark fall as those truths are lost, replaced hopefully by its restoration.

That understanding invokes another concept, namely “the best.” Plato’s Republic opens with a question as to what the best life is, which inspires us to look at all of history as a series of options with their consequences plain to see by what happened in response from the world, which Plato views correctly as not having a personality as most assume, but utter consistency, like a logical calculation or the cycles of nature.

From this notion of the best arises the idea of qualitative thinking which commands us to look not just at what works in a sense of minimums, but what would be the most inspiring, enduring, excellent, and cheering. In short, it prompts us much as evolution did, not to stick with a subsistence existence, but to look at what we might have and strive for it, using the textbook and laboratory of history.

Joe Sobran elaborates on the nature of qualitative thinking:

“We must build out of existing materials,” says Burke. Oakeshott laments that “the politics of repair” has been supplanted by “the politics of destruction and creation.” It is typical of malcontent (or “utopian”) politics to destroy what it has failed to appreciate while falsely promising to create. Communism, the ideal type of this style of politics, has destroyed the cultural life of Russia, which flourished even under the czars. The energies of radical regimes are pretty much consumed in stifling the energies of their subjects; they try to impose their fantasies by force and terror, and their real achievement is to be found not in their population centers but at their borders, which are armed to kill anyone who tries to flee. Communism can claim the distinction of driving people by the millions to want to escape the homeland of all their ancestors.

Conservatism is not a political ideology but a folkway. It consists of the folk wisdom, passed down since the dawn of time, about how to make decisions. In this way, the definition of conservatism became inverted; we are not those who hold on to the past, because the present will very shortly be past, but those who cultivate the best in humanity.

From this comes a synthesis of realism, or paying attention to the way the non-human world reacts to our potential options and thus choosing the option which works, and qualitative thinking, which demands that we filter out everything but that which produces the best results out of those that work.

Conservatives are those that see that entropy is always present and humans always weak, and thus that with time, all good things are destroyed. They respond not by clinging to the last stable state, but by pushing us forward to evolve and mature into the best possible thing we can be, which includes ideas that shock humans like hierarchy, nationalism, and transcendental thought.

The latter confuses almost everyone. It consists of finding the logicality in the order of nature and the cosmos and seeing how it is superior to our short-term monkey-perspective human outlooks, which are fraught with emotion and doubt, and through understanding our world, coming to love it and see its beauties.

Together these ideas do not form something as pithy as “make everyone equal so that we all ‘just get along,'” but it does give us a template that never fails and gives us the possibility of the future being brighter than the now.