We Need a Worldview, Not a Universal Outlook 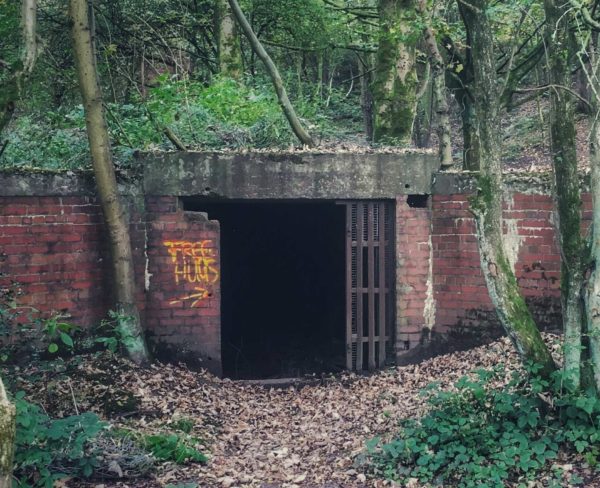 Letâ€™s assume that Realism is a worldview opposed to any rightist or leftist views. From there we can see that nature may have its own view and that a human Realism should not be seen in isolation. Given that nature likes to experiment where the â€œwinnerâ€ does not need to be â€œgood,â€ this presents humans with a dilemma, because religion always tend to style itself as the good, which places it at odds with nature.

Religion relies on a transcendental state for its meaning. However, transcendence is not of this world; it is abstract and intuitive. While it may calm and focus humans, it does not actually do anything tangible, like create spaceships. In fact it may make matters worse by telling people that they cannot die in an attempt to soothe our loss of family members. Even the Bantu do not believe their elders actually die.

When it comes to real world practicality of the kind that creates spaceships, we must accept that humans die as part of natureâ€™s experiments. In order to understand our fate better, we need to understand the experiments of nature. This gives us a worldview that cannot be tainted by political outlooks, which tend to color our interpretation by making themselves the base assumptions through which we filter our perceptions.

That in turn clashes with politics, which seems to be based on lying. People lie because they think others donâ€™t know they are lying (disregarding that truth itself is not the issue). It is therefore impossible for a politician not to lie. In fact the Leader of the Opposition in South Africa wrote, â€œif you want honesty, you start your own party.â€

I agree with that sentiment, even if it is shocking. It is only shocking because I never realized it. But I have met representatives and some of them were obviously â€œsalesmenâ€ while others were apparently initially honest. My limited experience with these representatives shows that they spend a lot of time influencing people, but when they get the seat, they have no idea what to do, as Steve Bannon noted recently.

These parliamentarians are suddenly viewed with enormous respect, while they have no idea what their world view is or should be. They are therefore incompetent, all of them. Sometimes knowledgeable business people that understand â€œthe way of the worldâ€ gets the opportunity to affect change, but even then their world view is limited by screeching of the proletariat.

One can almost say that even great leaders get distracted by their children, or in other words, their constituents. This applies to Trump as well. He was recently caught in an untruth when he said that G.W. Bush never called families of fallen soldiers. Once we get over moralizing about the tendency to lie, we can see that instead he is playing a game.

In his world, like the amoral and dispassionate worldview of nature, everything is a game and the best player wins. In the game of restoring America, Trump wants to put America to work which is probably not a lie, because as a developer and businessman he and his friends like workers, because workers are consumers.

The real lie is that Americans wants to work. They actually donâ€™t. In fact they want to talk, a lot. Where at first they had to wait for the Sunday newspaper, they can now express their own views every weekday. You can see this in the rising social media industries now abbreviated as FANG. But you can also see it in American industry.

Returning to the world view discussion, one can say that Africa also like talking a lot. That put them at the lowest ranks of the Competitiveness Index. But it also puts them in a strong position as migrants to bring Western Civilization down to those same levels. Even though Westerners can and want to talk a lot, migrants have the upper hand genetically. They reproduce faster than we do.

A worldview, as opposed to a universal outlook which favors truth and goodness over effects in reality, dictates that Americans must start to work. To convince them will take some time because they have to understand that change is really necessary. The Mandela experiment is an example of where a Western oriented country realized they had to change, setting in motion a grand political effort driven by mass media and education.

The point in South Africa was to allow â€œacculturationâ€ of all its peoples towards a Western type culture (democracy at the time), but back-fired, because it should have acculturated to the African culture (tribal at the time). Nature’s order wins out: we may think we are more “good,” but really, only what works is what is good, and so instead of projecting onto it, we must accept reality as we find it.

If America wants to make a change, it should acculturate to a tribal dispensation and in my view a semi-re-enactment towards a States’ Rights model prioritizing trade between States as opposed to global trade. This acknowledges the nature of America, instead of the universal morality that we try to convince ourselves is true.

The successor to Trump will have a world view, not a universal outlook, and as a result will be willing to re-write the founding documents to choose a system that works for what America is and has been. They will do this because other tribes are taking to the global stage first, which is putting America in the camp of political lies and not hard realism, which it needs in order to survive and succeed.