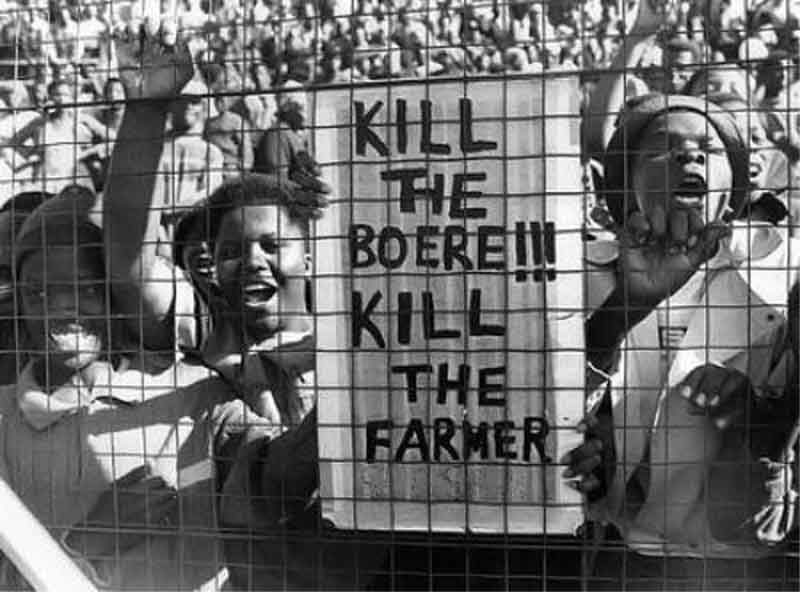 You can always tell a man of respect. Other people emulate his decisions. You can say what you like about him, but ground truth don’t give a fvck. Ignore what people say about the man. Watch what they do about him. If immitation is the sincerest form of praise, than Robert Mugabe has won the belts and if you wanna be the man, you gotta beat the man. According to New South African President Cyril Ramaphosa, Mugabe is The Man!

You see, Zimbabwean President For Life, Robert Mugabe was an expert at so-called “land reform.” South Africa has now decided to hashtag that #MeToo.

The National Assembly on Tuesday set in motion a process to amend the Constitution so as to allow for the expropriation of land without compensation. The motion, brought by the EFF leader Julius Malema, was adopted with a vote of 241 in support, and 83 against.

This has run into the roadblock known as Article 25 of The South African Constitution.

(1) No one may be deprived of property except in terms of law of general application, and no law may permit arbitrary deprivation of property.
(2) Property may be expropriated only in terms of law of general applicationâ€”
(a) for a public purpose or in the public interest; and
(b) subject to compensation, the amount of which and the time and manner of payment of which have either been agreed to by those affected or decided or approved by a court.

So here’s how Whitey games this crap. Remember, even in a properly rigged “Democracy” the enemy always gets a vote. Here are some of the strategies on the table.

Not every guy I know is a freakin genius, but most of them are bright enough not to want to live in Zimbabwe. The EFF’s pimp-slapping of the rather frightened ANC will have them massively pushing buttons one and two. You don’t get much out of the Cuck-Whities deluded enough to open door number three. Communism leads to learned helplessness and studied stupid. They are effectively paying their White Farmers in South Africa to fornicate off or walk. People do what they are paid to.

We know what will happen in Wakanda 2.0 because this is what happens in every egalitarian society when the colonized take over from the colonizers, the workers take over from management, and the baying mob takes over from the kings. Just like after the French Revolution, everybody starves. And if they recover from that, they will start talking about land confiscation again as if it were the solution to all of their problems… again. The cycle never ends.

Modernity Poisons Us While Scapegoating Other Causes | Reminder: The Media Has Always Been Fake And Easily Spoofed