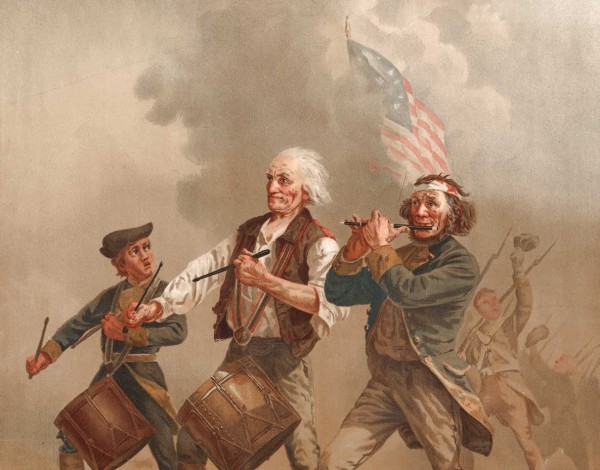 by Ashton Blackwell and Brett Stevens

A singularity is coming: the mainstream right and the underground right are converging, but they need to do it faster. These groups share a worldview of realism which no other parts of the political spectrum possess. Both realize that Western Civilization is hurtling towards a catastrophe at the hands of the dictatorship of public opinion, and that this same force destroyed the great civilizations of the past. As Walt Kelley wrote long ago, â€œWe have met the enemy and he is usâ€: public opinion denies common-sense realism because people prefer sugar-coated and flattering illusions. Gossip about the Speakership nomination, or Maliaâ€™s college party beer pong antics, dominates the headlines to hide the grim reality that we are literally fighting for our survival as a civilization.

When the Left took over through the French Revolution back in 1789, it separated politics into two groups: those who wanted to follow the â€œnewâ€ ideas, and those who wanted to conserve the fundamental principles and organizing behaviors that have produced the best results throughout human history. These tested precepts assume the mantle of â€œtraditionâ€ and history shows us that anything but this type of truth-based order will quickly devolve and collapse. Like writing code, or designing a house, you either get it right and over-engineer something to last a thousand years under all conditions, or you have created something feeble which will fail whenever Murphyâ€™s Law comes knocking (as it does on a regular basis, that meddler!). Conservatives pursue tradition in two ways: first, they believe in reality-based common-sense engineering; second, they aim for â€œtranscendentalsâ€ such as â€œthe good, the beautiful and the true,â€ which are perpetually unattainable goals that nonetheless improve everything in quality, including life itself.

Currently, mainstream conservatives â€“ the grassroots and the Tea Party, the smaller â€œconservatism liteâ€ Establishment right-wing, and other Republican voters â€“ define themselves as separate from what we might call the â€œunderground right,â€ comprised of movements like the alternative right, Neoreaction, and the New Right. Establishment Republicans , who have adopted progressivism to fight progressivism, barely qualify as Right-wing at all, but groups with â€œanti-Establishmentâ€ sensibilities, such as patriot movement groups, â€œMiddle American Radicals,â€ paleoconservatives, and perhaps â€œconservatariansâ€ represent a rising niche of the Right. While the alternative right and Neoreaction appear to be totally different from the mainstream right, they share the overarching vision that they should live in a land that represents them. They also share some â€œidealistic realismâ€; their state vision is transcendental, but they believe that thinking about what â€œshouldâ€ be true, is a worse way of making decisions that looking at what is true and adopting methods that have worked with that truth over time, then slowly improving the quality of results with methods specific to each local area. Both mainstream and underground right groups ally themselves with the idea of common sense: reality-based thinking. They see this as superior to progressive ideology, a vat of untested ideas advanced by conniving political opportunists as a means of seizing control through popular opinion and the chaos created through government meddling.

Freedom of belief, freedom of association, and the principle of small government have been gradually encroached upon, and the right leaning coalition subsequently alienated. Yet, the American spirit of resistance is stirring. The rise of Donald Trump, whatever one may think of him, may show the future of conservatism: resistance to liberal social engineering, starting by attacking the liberal policy of multiculturalism for what it is â€“ a social engineering program to replace normal Americans, who tend to be conservative, with third world populations which tend to vote liberal as they did in their home countries. The dividing line between mainstream conservatives, who will not mention race at all, and underground conservatives, who see diversity as creating internal division and distrust, is slowly eroding. Conservatives are seeing the liberal Plan for the first time: Politicians cultivate votes by giving away free things to citizens; the media drums up stories around unjust victimhood and horrors of poverty. The voters, prone to manipulation, fear voting against these things lest they be viewed as unsympathetic. These programs grow and can never be repealed because to do so is â€œpolitical suicide,â€ or at least, so all the newspapers say. Elites form out of those in media, government and industry who realize they can help each other by reinforcing â€œThe Narrativeâ€ which states that popular programs lead toward progress and anything else is primitive, selfish, cruel and ineffectual. This converts society into an echo chamber where people repeat the same views as fact and, by dint of a lack of opposing voices, confirm that bias and intensify adoption of the failed policies. With no way to change direction, society collapses, and this is what all conservatives hope to avoid.

So how does the space probe of the new right interlock with the docking collar of mainstream conservatism? The alliance begins in their common sentiment of anger at being dispossessed and their ideals and dignity made the subject of mockery, and graduates to their philosophical agreements. They two groups share an outlook in common sense, and both recognize that we are no longer in the age of â€œpolitics as usual,â€ but fighting for our very existence against the cancerous spread of liberalism. Both groups feel, and to a large extent, are, disenfranchised. This sense of disenfranchisement can be galvanized from despair to a renewing movement, as is plainly evident with The Make America Great Again campaign.

The underground right is the missing intellectual vanguard of grassroots America â€“ and grassroots America is the missing power base of the underground right. The majority of grassroots America understands implicitly the dangers facing the country through immigration and out of control, criminal urban populations. The underground right doesn’t have to continue to be marginal if it can dialogue with people who are frustrated by their lack of representation, and the loss of their culture and way of life. Salt of the earth, normal American conservatives, that is those in flyover country or in the South who are cynical towards government, are looking for radical political integrity. The underground right, though merely agents of traditionalism, register in today’s political milieu as radical political truth-tellers, based on their frank acknowledgment of what is and is not sustainable. The goal of conservatism is to conserve civilizationâ€”and as its parapets crumble in the West, it is in grave need of our common defense.

The President, The Donald and the coming dictatorship | Twilight for democracy