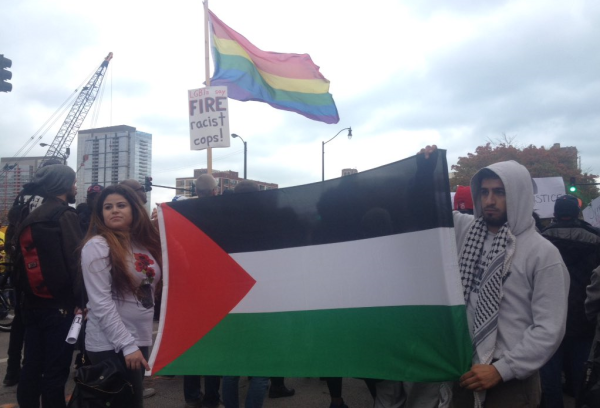 As things near their state of death, they invert themselves or turn on their original principles in order to preserve their current state. This also inverts reasoning in that, instead of acting toward a goal through themselves, they are acting toward themselves under the guise of goal.

In biology, this happens when organisms lose independence and become parasites. They no longer have any purpose in an ecosystem but to destroy and are wholly dependent on other plants and creatures. In economics, it is the “cash cow” firm which engages in rent-seeking behavior as its investors deplete it. In social groups it is the shrill clique that sets all the rules but has no actual power.

Democracy — AD 2015 version, which looks a lot like BC 400 version — has flipped itself and is now acting anti-democratically, in the name of democracy. First a gentle example of how the need to enforce order quickly overwhelms principle, starting with the most chaotic states:

Portugal is in the midst of a constitutional crisis after President Anibal Cavaco Silva refused to allow a coalition of left-wing anti-austerity parties to take power even though they have a majority in parliament.

The centre-right party of Prime Minister Pedro Passos Coelho will instead be allowed to continue in power to satisfy the desires of Brussels, despite falling well short of a majority in elections earlier this month. Its ability to govern is in question, however, with the left easily able to vote down government legislation.

These upstarts are against the EU and Portugal is dependent on the EU, so the inevitable clash comes between what the votes say and what must be done. This clash has always been present in democracy but usually, it is the delusional will of the people — who are of varied ability, with most unable to make political decisions, and even more prone to be socially manipulated into compromise — against government. Now for once popular opinion is right, but as usual two generations too late and in favor of convenient solutions that ignore the real problem.

When do we admit that democracy itself is a failure? Mob rule is mob rule. People in herds behave like panicked, selfish, bigoted animals. Since their bigotry must flatter themselves, it usually takes the form of anti-bigotry or universal acceptance of all people, which destroys any standards, culture, values, heritage, religion, and even behavior codes. Democracy converts societies into sloppy, piggish, egotistical mobs.

The twilight of democracy is showing as it violates its basic principles in order to keep the franchise afloat. At this point, its leaders work for themselves alone, and see their job as a business not a mission to do good — although they will say otherwise in interviews, of course!

Another great example of how democracy becomes anti-democratic by doing what is necessary for democracy:

With pugnacity and self-assurance, the French far-right leader Marine Le Pen defended herself in a courtroom on Tuesday against charges of inciting religious hatred against Muslims, provoking cheers of â€œFrance for the Frenchâ€ from supporters in the courthouse halls afterward.

Drawing on French anxiety over the migrant surge in the east, an electoral campaign in which Ms. Le Penâ€™s National Front is seen as having momentum, and her own charisma, she turned what was meant as an accusatory stage into a full-throated platform for her views.

The context was unusual, but the hard line taken by the populist leader was not: Franceâ€™s Muslim immigrants are an alien force threatening French values.

Humans tend to follow one error with another exactly like it, but in another area. They have seen the specific context of the error because that is most tangible, but they have not seen the abstract form, and it may take a few iterations for that to become apparent.

The form of our democratic error here is our insistence upon equality, which is really a demand for lack of oversight upon the individual. The selfish ego wants no standards which can make the individual look bad. Democratic lowest common denominator rules are OK, as are popularity contests where being freakiest wins the day, but any kind of shared standards, values, or codes which can make the individual look bad if he fails to uphold them are considered bad by democracy.

With that in mind, the twilight of democracy was inevitable: democracy is paradoxical: leadership by non-leaders, values that are anti-values, and culture created from destroying culture. Democracy never had any substance to it. Like that first error, it is all appearance and no depth. So now, as it deconstructs itself, we should plan toward a future — without it.