When Shirley Sherrod got fired on a simple accusation of racism, it wasn’t just injustice — it’s what anyone who does anything but fawn over “diversity” experiences frequently. Don’t rehire her; stop the “racism” paranoia and accept opposition to diversity and frank recognition of human diversity as legitimate. 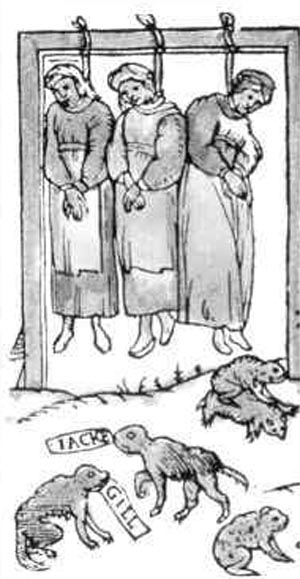 So there’s a media circus, again.

Right-wing news outlet finds a tape, and takes from it the portion where a black bureaucrat admits discriminating against a white man. Her bosses see this, the White House panics, and fires her.

Later in the tape, she says she was wrong, and how she learned from the experience. We now see this as the full tape emerges. She gets rehired.

Left-wing news outlets whine about the injustice of it.

Forgive me if I’m not moved. The left made “racism” into a taboo insult that can be casually slung around without proof, as with the ongoing attempts to prove Tea Partiers are “racist” with faked videos, out of context images of signs that were nowhere near Tea Party protests, and fiddling with the definition of “racism.”

Tell us, liberals, what is that definition of “racism” again? It seems to vary every day, from “noticing blacks and whites are consistently physically different and attributed that to genetics” to “wanting to demolish the welfare state (which may inconvenience some black people).” Notice how the President, his cronies, and the entire left wing media are careful to never give you a clear definition of “racism”.

Of course not. It’s to their advantage to make it ambiguous, so they can accuse you of it if you don’t toe the party line — on equality, on diversity, on the welfare state, whatever.

“If the right forces us all to either defend Wright or tear him down, no matter what we choose, we lose the game they’ve put upon us. Instead, take one of themâ€”Fred Barnes, Karl Rove, who caresâ€”and call them racists. . . . This makes them ‘sputter’ with rage, which in turn leads to overreaction and self-destruction.” – WSJ

If a white person or Asian person speaks up about any racially-tinged issue, our media likes to assume they are Racists and the left-wing establishment eggs them on. It’s like having a magic bullet: your Reichstag fire is to invent “racism” behind every bush, and to then use that accusation to justify killing off your enemies, politically.

And if we find out they didn’t do it, or that theirs is a legitimate view? Well, you don’t see Big Media hitting the brakes to turn around and vindicate them. Nor do you ever hear liberal voices to this effect. They’ve already been tried by public opinion; why do we need a lengthy appeals process?

Don’t rehire Shirley Sherrod. Let her be a casualty of our witch hunt against vaguely-defined “racism.” Let others meditate on what a tragedy it is that we allow a magic bullet accusation to kick off a witch hunt at such speed we don’t even stop to ask basic questions, like, “Is it true?”