Trump Sets The Stage For Deportation 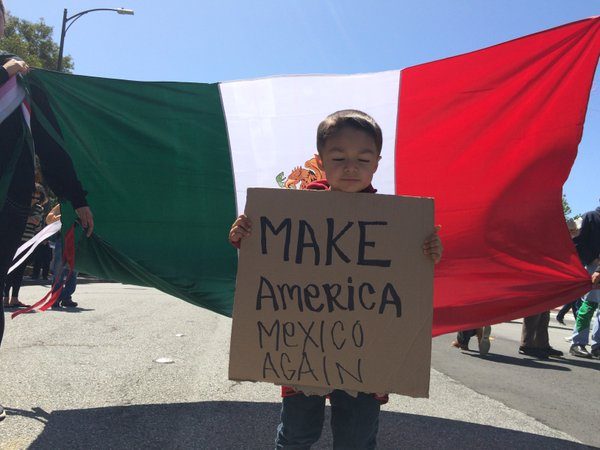 In a recent statement, President-Elect Donald J. Trump stated the possibility of exile or deportation for those incompatible with American civilization:

‘Nobody should be allowed to burn the American flag – if they do, there must be consequences – perhaps loss of citizenship or year in jail!’ Trump said Tuesday morning on Twitter.

Essentially what he is saying here is that those who pursue the American way belong among us, but those who do not should endure “loss of citizenship.” He hedges that by offering jail instead for the relatively minor act of burning an American flag, but this still reserves deportation for those who commit more egregious violations.

This policy reverses centuries of egalitarian thought. Under egalitarianism, society is facilitative, or designed to support its citizens in their pursuit of their own interests, whether those end in good results or bad. Under this new idea, people belong among us only so far as they are able to offer something to the cooperative achievement of a collaborative goal.

Exile/deportation would solve many problems. Instead of trying to “reform” criminals, we could simply send them somewhere else and let nature or the gods deal with them as is appropriate. Where now we spend millions in keeping our society together, we could simply admit that not everyone belongs, and let those who belong elsewhere go to some other place.

The old way was based on wealth and entitlement. The new way is based on realism: we need a small group of people pulling in the right direction and those who support them, and those who hate this setup or want to go another direction belong somewhere else.

This is the return of Social Darwinism, not by wealth, but by direction.

Facing The Threshold | Why This Blog Is So Boring