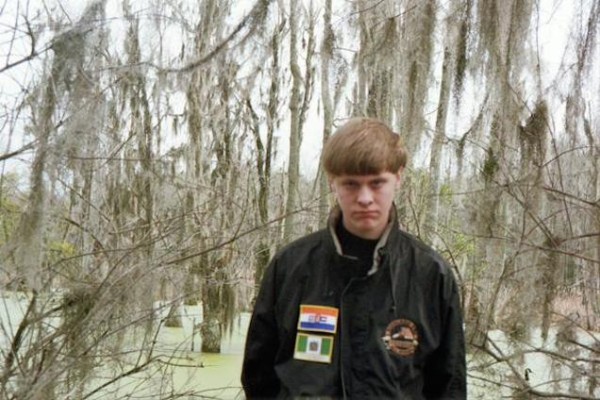 Our founding fathers conceived of justice that was fair but not equal, meaning that you received the same treatment as anyone else in your position, and attempts were not made to adjust your circumstance to a baseline. If you were poorer, everything for you would be less excellent and so it was seen as consistent at least to let you continue on that path.

In the 1960s, the West began experimenting with “relativism” which is a distraction designed to remove the real implication of relativity in politics, which is that most people cannot understand the issues they are asked to be voting on, and because they do not understand that they do not understand, they become arrogant and prideful about their ignorance, which they see as a rare truth rather than the common lie that it is. In the eyes of relativism, someone who has less must be compensated before trial even to ensure the trial is equal, and as a result fairness — the idea of equal treatment, but not equal outcomes — has gone out the window.

With that change in outlook came a number of changes. The insanity defense protected the insane at the expense of the victims; Miranda warnings compensated people for raw ignorance about how the law works, which knowledge you might think would be a prerequisite for voting. Other extenuating circumstances affected both sentencing and perception of the person accused of a crime, which led to a mentality of excusing people entirely based on perceived past victimhood, such as poverty, race, gender confusion and mental health problems arising from previous bad decisions like drug addiction and prostitution. This leads us to a circumstance where someone may receive an “equal” sentence, or compensated-for sentence, which is not fair to others who had no such excuse but made the same poor decisions. We all learned about excuses in elementary school, right? They breed more of themselves, and lead to lying to oneself and eventually, full-on criminal self-delusion.

Now we suffer in a land where no two crimes are equal, and circumstance is taken into account both in sentencing and in prosecution, even, if it is decided that the crime is a “hate crime.” The theory of hate crimes was invented to address crimes that in addition to their regular status as crimes also violated the government initiative for ethnic, religious and gender parity which is essentially destroying our society through perpetual internal conflict. Thanks to relativistic sentencing and prosecution, however, hate crimes are now two things: (1) crimes in and of themselves, like having a bad opinion and saying it out loud near a precious snowflake from the protected list of racial, ethnic, gender and religions minorities; and (2) a special category of crime that is both a political crime and a regular crime, thus attracts far more attention and is zealously prosecuted to avoid failing in the ideological aims of our government.

At the same time, as someone famously mentioned early in the whole debacle, it does not really matter because “dead is dead.” Except for one glitch… thanks to liberal policing and sentencing, which fears using the death penalty because of perceptions that once a criminal reaches execution-status crimes, he will kill witnesses to avoid being discovered. First they tore down the death penalty, then reduced murder sentences. Then it was time to correct the corrections — a normal activity under democracy — and make special crimes that got the penalties that originally went to all types of that crime, but in this case reflected our political outrage at someone acting against our ideology. Never mind that usually such things are considered acts of war, not criminal trials, and that this admits that our government has essentially declared war on the rest of us in order to advance an ideological agenda which serves it alone.

This means that when someone from the majority group commits a crime against a non-majority person, it is more likely to be a “hate crime” from a need to make equal the disadvantage created by their perceived difference in circumstances. On the other hand, a non-majority person committing a crime against a person of the majority would almost never be committing a hate crime because there was no disparity to equalize and thus, no ideological agenda can be applied. Let us look at two different hate crimes. First, the assaults in Florence, AL:

On June 5, a group of at least 20 black juveniles allegedly attacked a white man and his 14-year-old son at an outdoor family event called First Fridays. They are said to have assaulted the two for no apparent reason, taunting them with racial slurs while using a Taser on them and beating them up, according to WHNT-TV.

As it turns out, this is not a hate crime: majority victim, non-majority aggressors. It serves no ideological agenda of equality to give these majority people — it does not matter what race, religion or gender they are, so long as that race, religion or gender is perceived as being on top — any kind of break, because they already are equal and therefore do not need the protection of hate crimes prosecution or victim-narrative compassionate prosecution. This will go down as an assault, with the victimizers being categorized as victims despite the many millions of other desperately poor people who choose not to commit crimes, and be excuses with the offenders out of the justice system within a year. On the other hand, the events in Charleston, SC are considered a hate crime:

When a man pleaded with him to stop, the shooter replied, “You rape our women, and you’re taking over our country. And you have to go,” she said.

A law enforcement official says witnesses told authorities the gunman stood up and said he was there “to shoot black people.”

…Federal authorities have opened a hate crime investigation into the shooting at the oldest AME church in the South, the Department of Justice said.

“The only reason someone would walk into a church and shoot people that were praying is hate,” Charleston Mayor Joe Riley said.

While the second event involved fatalities, the first event was more like a revolution since it involved a group of over 20 people. The second looks more like a political event, or a low-grade terrorist attack, than what we think of as “hate crime.” Either way, it is unclear that if the races were reversed this would be considered a hate crime, which leads to the point of this article: it is time to scrap “hate crimes,” which makes it seems like there are some acceptable motivations for rape, murder and assault, including the notion that words can constitute assault. It is time instead to recognize that diversity has failed, and groups more than white and black will experience this, pushing us into a permanent state of constant ethnic, religious and social warfare. When we have the honesty to treat these as the political acts they are, instead of as if they were attempts to derail a perfectly-functioning system, we can admit that our laws themselves are a hate crime designed to replace the majority, and while it is unfair and I hate it, there are going to be backlash events like this until we fix the actual cause of the problem.