They Have Made The Internet Into Daytime Television 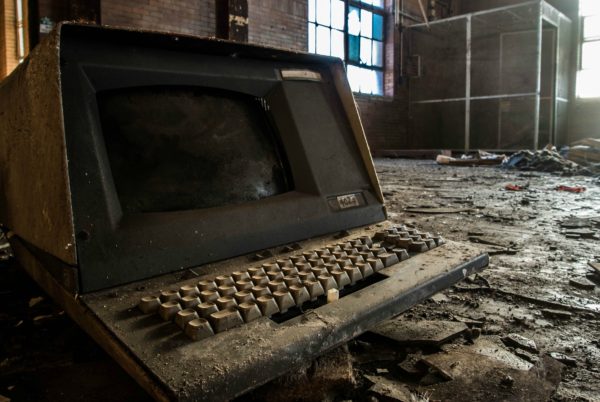 Donald Trump shows another role for himself: ringmaster. He knows that as long as the goes on, the audience will cheer, and while they are cheering, they support him.

To that end he stands at the front of the three rings and gestures with his baton. Sometimes, he summons the daredevil, sometimes the clown. And sometimes he just trolls the media by typing “covfefe” into a microblog, possibly merely as a joke on the need for coffee before one can be coherent in the morning, a staple of family-friendly comedy for the past three decades at least.

He knows that business opportunities appear to those who recognize the actual state of things versus the hype, or the hive buzz created by the intersection of media, academia and social chatter. In his understanding, media is an overvalued industry about to fall, and it is to his advantage to both use them and destroy them with non-news that fascinates them.

But then, for the rest of us, there remains the unpleasant task of avoiding seeing the term “covfefe” for the next forty-eight hours. Every carny and barista out there who wants to show how clever he is will be riffing on it, the media will be full of it, and soon even academia will offer papers showing how in a postmodern context nonsense language is used to accelerate totalitarianism.

This society as a whole is entirely devoid of ideas, but the worst of all may be the internet. It is presumed to be a space of ideas, where symbols are more important than the time, space, money and status differentials dividing them. In reality, it has become daytime television, or entertainment for those who are stuck in a path that leads to nowhere but its own repetition.

By itself, this would not be a problem, but the internet has taken over public discourse — you can do it without leaving your home and waddling through this diversity-blighted, corporate-owned, broken and dysfunctional wasteland — and in order to be heard, voices must be competitive, which means descending to the level of simplicity and “spicy” clickbaity text as the rest.

If the Alt Right has a weak point…

Most of the blogs now focus on, in emulation of Mencius Moldbug, making a very simple concept look as complex as possible. They invent matrices, theories, metrics and indices. The reason for this is that it makes the audience feel like geniuses for grasping a detail as if it were the whole. That is a modern theme, found in self-help books and science: tiny traits being amplified to world-controlling theories.

And we know Moldbug was just taking a college-educated view of Maddox, whose satirical-fanatical egotism was an obvious trope at the start and wore thin over time. Neither really managed what Jorn Barger saw in the blog, which was a real-time means of responding to events.

Of course, my original writings were from before those. They actually had some academic grit to them, and focused on the philosophy behind events rather than tangible and exciting use of metaphors as if they were reality. From the early 1990s onward, I have been writing against democracy, in favor of culture and race, against materialism, and in favor of transcendental and naturalistic deep ecology outlooks. My sites offered academic writing, informed by philosophy, long before Maddox or Moldbug. In fact, most of you are making a name for yourselves by rediscovering or ripping off ideas I wrote about two decades ago.

But professional analysis and sober diagnosis does not compete with “X theory is the source of everything bad, and LARPing is the solution” as seems to dominate the blogs. Like self-help books or modern science, blogs specialize on finding a new detail every week to hype into an apocalypse and a solution. This is why, over time, they fade away: one can only keep promising doom and salvation for so long.

People do not realize that whatever defines a medium migrates to every corner of it, including those that think they are underground. The Alt Right is not immune to the daytime television conversion of the internet. Instead, it absorbs it and takes it into its own unique form, so that now we get esoteric complex Rightist writings that have become clickbait and self-help.

The only solution to this is to demand more from the internet. Is it a library, a newsstand, or a television? The fools say it is all three, but the wise realize that only one form will predominate, and it will subjugate the others, as is the rule of nature. I say we go for the library, actually learn something, and then act instead of distracting ourselves with dramatic but empty theory.

Why The STEM Shortage Is A Myth | Hunters