Why The STEM Shortage Is A Myth 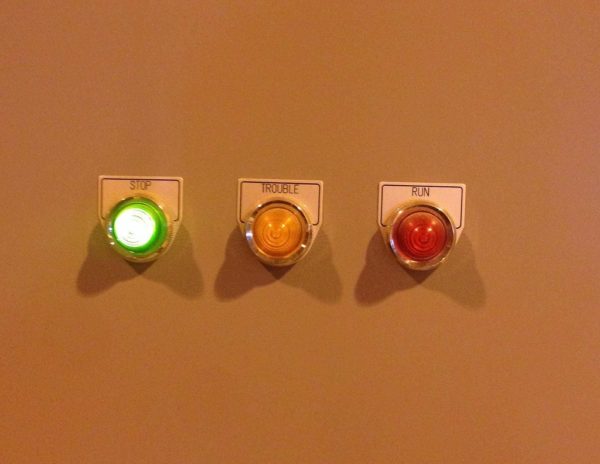 People react to threats with manias. They create a symbol to drive away the blood-god, and then they cling to that symbol in a pathological and obsessive manner.

It is such with the incoming economic collapse of the West. We are facing the results of centuries of bad policy all crashing down together, and our political establishment will do nothing to admit or counter this.

Our talisman against economic failure is “jobs,” and as a subset of that, the religion of STEM was born. Instead of noting that the liberal arts, when not infested with Leftism, are necessary for learning critical thinking, the herd has decided that we should all be computer programmers.

There is only one problem: they have not looked at how computer programming has changed since the 1990s.

During that time, the internet was a wild west. There were new demands, namely learning how to make many servers work together as one. People had to develop the big apps like search engines, blog software, email clients and application frameworks.

But now, all the semi-difficult thinking has been done, itself mostly derived from the work done to make the operating systems and networking protocols invented back in the 1950s and 1960s. We are at best flies feeding on the carrion of the past, converting something functional into another form of television or newsmagazine.

Applications have standardized in other fields as well. The other development from the early 1990s was the gradual stabilization of an industry standard operating system, Windows, and although it has a couple tag-alongs, it basically still rules the day thanks to its momentum caused by that standardization. (Windows itself was based on the theory behind another 1960s-era operating system.)

What won the day? Time. Time and many people working on iterations of existing technology, gradually improving it until functional versions were available. If we have a problem now, it is that people need to justify their jobs, and so keep “improving” applications in ways that make them less functional. In many ways, we are simply re-learning the past as we roll back these “improvements.”

However, all the big opportunities have gone. Over the past decade, we have seen a gradual decline of programming from a Wild West to a type of blue-collar clerkship:

U.S. tech talent shortage discussions tend to focus on getting more young people to go to college to become CS grads. Nothing wrong with that, writes Anil Dash, but let’s not forget about education which teaches mid-level programming as a skilled trade, suitable for apprenticeship and advancement in a way that parallels traditional trade skills like HVAC or welding. Dash encourages less of a focus on ‘the next Zuckerberg’ in favor of encouraging solid middle-class tech jobs that are primarily focused on creating and maintaining tech infrastructure in non-tech companies. Dash also suggests ‘changing the conversation about recruiting technologists from the existing narrow priesthood of highly-skilled experts constantly chasing new technologies to productive workers getting the most out of widely-deployed platforms and frameworks.

As with all things in the post-collapse West, the technology industry is trading on the image of the past. Maybe in the 1950s, and as late as the early 1990s, there was room for radical innovation that required a nerd priesthood to demystify the machine. Now, however, this technology has been integrated into everyday life, and has shown little actual utility beyond what we were doing with it in the early 1990s: office applications, email and online ordering.

This means that the market will collapse inward and be distributed outward at the same time. The new programmer does not work for a fancy technology company, but labors away at a regular business, in charge of multiple functions that involve more configuring existing software than developing new, groundbreaking work.

Programming itself has changed as well. The roll-your-own days are gone, replaced by extensive libraries that one ties together with little more than object oriented scripting in order to produce apps for mobile devices or the web. All but a few applications of this require skills that are now taught as rote by programming boot camps.

Consequently the big money is gone, too, although the market is still catching up to that fact. The radical technologies of one decade, returning high margins, are the expected parts of reality with low margins in the next decade. The best bubble comparison for the internet is long-distance calling. When the phone system was new, long distance was expensive and a lucrative market; as soon as the technology matured, however, the prices came down and the industry mostly went away.

The same is true of the internet. What will be left will be like the shopping malls of the 1980s: you go to Google and for any search, see a list of approved sites. You can then shop at any of those, including non-profits in which content has been denatured for your safety. The former Wild West will be a managed experience entirely driven by consumer demand.

Accordingly, programming will calm down as well. Most offices will have a guy who codes up the web site, maintains the network, and answers help calls from people having trouble with their computers. It will be well-paid, but not beyond what a good plumber makes. The gold rush is over, and the boom in needing engineers and programmers is also fading.

There never was a STEM gap, after all. We had enough people here to do the jobs, and the jobs were going away and losing their shine anyway. Even those who flocked to Silicon Valley to earn a quarter million a year soon found that expenses ate away most of that. Every time the herd stampedes, it destroys what it stampedes toward.

In the meantime, politicians are hyping free college and a STEM boom because it is easy. Industry wanted more workers so it could take the best and pay everyone else peanuts. Most people have ended up with jobs they dislike, doing rote tasks they have come to hate, in a predatory environment. This is what always happens when the herd fascinates itself with a gold rush.

This is the nature of markets, and if your politicians promise you a future based on STEM, they are lying. The real future lies elsewhere: in finding jobs that match capabilities of our co-ethnic citizens, and sending everyone else home, because the great wealth boom is not only over, but was always a scam.