The ridiculous world of forced desegregation

by Jonathan Peter Wilkinson on October 29, 2015 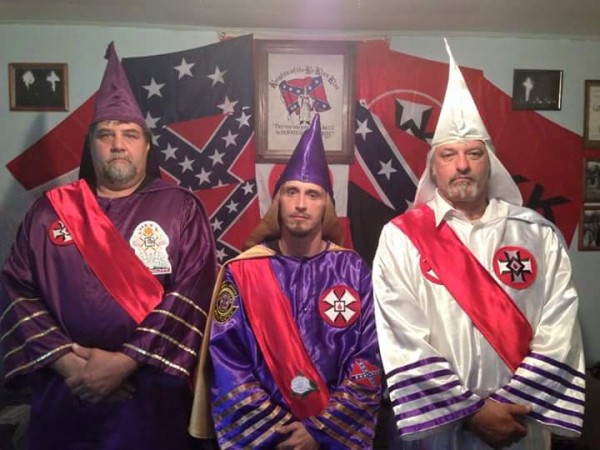 The local internet propaganda source where I live, Al.com, seems to inhabit a journalistic world akin to Sports Illustrated or Spin Magazine. They cheer loudly for the Home Team, boo the enemies and pump out all the disingenuous advertising a lousy pop band could ever desire. There are subtle differences within the genre. To make Sports Illustrated, you need to throw a 95 MPH fastball, mow down the middle of the Yankees batting order like a lawnmower or be a good enough professional football player to get admitted on scholarship to The University of Alabama. To get in Spin Magazine, you need to at least avoid musical atonality long enough to convince a record company talent scout you should be signed by the label. Get a load of the useless tossers Al.com chooses to pimp out to the Progressive fan base.

The judge ruled late today in Huntsville’s months-long desegregation dispute, clearing the way for federal attorneys to roll up their sleeves, dig deeper and stay longer.

This brings up an unpleasant question. Who in the heck actually cheerleads for federal attorneys* to â€œroll up their sleeves, dig deeper and stay longer?â€ Here we have a supposedly journalistic enterprise composing a front page article with all of the objectivity and fairness you would read in Go Set A Watchman. This is pretty much where the establishment is at on forced desegregation. The article was entitled â€œDesegregation judge drops hammer on Huntsville schools, ‘Court cannot find conclusively that the Board does not operate a dual system.â€ Roll Damn Tide!

We start with the â€œdecisionâ€ U.S. District Judge Madeline Hughes Haikala handed down.

U.S. District Judge Madeline Hughes Haikala didn’t approve the city’s plan to redraw school zones. And she didn’t approve the Justice Department’s plan. Instead, she appointed Chief Magistrate Judge John Ott to oversee months of mediation between the two as they examine all aspects of racial disparities across Huntsville City Schools. She also called for appointment of a Special Master to oversee the court’s ongoing fact-finding in the case.

It reminds me of a recent NFL game between the Patriots and the Colts. The Colts didnâ€™t want to punt on fourth down. They also didnâ€™t want to run a play against the Patriotsâ€™ defense. So instead, they, like U.S. District Judge Madeline Hughes Haikala didnâ€™t bother making a decision. They managed a play call that successfully did neither. What resulted has been hailed as one of the worst play-calling decisions in NFL history. The Head Coach at Indy wasnâ€™t fired. Judge Madeline Hughes Haikala wonâ€™t be either. Sheâ€™s provided months of additional government employment at taxpayer expense.

Then we get to the logical premises underlying her non-decision. It seems that some schools in the City of Huntsville, like some residential areas near these schools, are majority African American. It seems these schools donâ€™t have a proportionally equal number of students in AP classes to other local high schools that are not predominantly African American. This, according to Her Judicial Majesty, has nothing to do with either the students or their parents. She â€œreasonsâ€ below.

Huntsville, you see, has that magical formula for chicken salad that works no matter what substance you provide them that came out of the chicken. They just keep it locked in a safe along with Colonel Sandersâ€™ secret recipe because theyâ€™re all Southern-Fried Racists. A teacher wrote the following about the delusions posited as reasoning by people such as Judge Hughes Haikala.

This would imply Huntsville almost has to operate a dual school system. At least if they arenâ€™t in league with the Grand Wizard of The North Alabama Klan Kleagle. And not only will a segregationistâ€™s dream not work here, the African-Americans donâ€™t want it. The reason that they tend to beat your adorable White Honor Studentâ€™s sorry butt every day is that they truly hate having white people around. White culture is something that grosses them out and royally pisses them off.

We see this resentment towards oversaturation and forced â€œWhitificationâ€ in the Pilsen neighborhood of Chicago. The people in minority neighborhoods not only donâ€™t oppose racial segregation; they seemingly demand it.

These people donâ€™t even want too much cream in their coffee. There is no way they want to have their kids taught by Whitey. They want whites to leave their bankrolls and take their Ofay butts back down the interstate to the burbs. The conflict and forced desegregation only occurs because Whitey wonâ€™t leave behind enough of his money. Now if there werenâ€™t a basically powerless pool of taxpayers to bankroll all the â€œfederal attorneys to roll up their sleeves, dig deeper and stay longer,â€ this is exactly what the Special Master would conclude in about five minutes. The only real issue these carpetbaggers would have left is when the next plane left from HSA.

* – Now Iâ€™ve met Federal attorneys that biologists would classify as both vertebrates and mammals. I havenâ€™t met too many who I wished would roll-up their sleeves, dig deeper and stay longer. I guess Iâ€™m just weird in that respect.