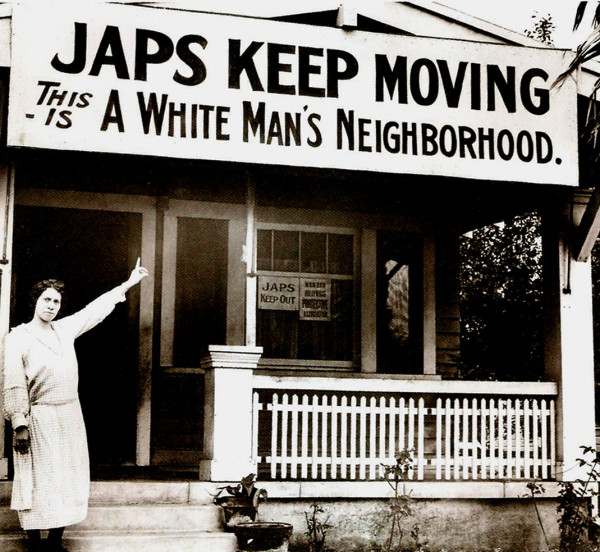 Anyone remember the Mariel boatlift? Cuba, having gone Communist, hated the USA. The USA, being saps who are ruled by cynical lawyers instead of people with thinking capacity, decided to allow in any Cuban who managed to touch US soil. That oft-derided “feet wet” policy prompted many Cubans, who wanted to flee the life-sucking void that Communism creates, to hop into rafts made of junk and traverse the 90 miles to Florida.

The scheming Reds in Cuba retaliated with a policy of their own: they dumped their prisons, mental hospitals and pedophile wards onto boats and sent them to the USA. This allowed them to both remove an expensive social program, and revenge themselves upon the Great Satan by shipping it human refuse. (And yes, if you wept over the “tards are not useful” article, you’ll cry over this one, so log off now).

A few years later Mexico began doing the same thing, except to enable its race war both on its own people and on the USA. Americans tend to think of “Mexican” as a race, but it is not; it is a nation-state, or “political,” identity. People in Mexico are either purely Spanish-descended (criollo), mixed of Spanish blood and Amerind heritage (mestizo), of pure Amerind origin (indio) or a hybrid of Spanish, Indian and African (pardo). Saying someone is “Mexican” is as descriptive as saying “He lives in Los Angeles.”

How did this come about? The Spanish conquest of Mexico was not strictly a conquest. It was actually class warfare: a few hundred Spaniards came to the new world, and became the touchstone for class revolts against the Maya and Aztec empires. These empires had vast populations of serfs of low intelligence and initiative, and those populations had prospered under the regimes while the leaders, now bored of playing babysitter to a herd, had declined. With Spanish weapons and indio slave masses, the elites were overthrown.

The result is that you do not find any of the Aztec or Maya higher castes extant anymore. They were killed during the revolt, or raped, murdered and driven out afterwards just like whites in South Africa. Instead, Mexico is populated by the descendants of those slave people, the Spanish who came as colonists, and the African slaves imported for its industry. There is also a smattering of Chinese blood from laborers, and traces of exiled Moors and Jews from Europe.

What this translates into is another dysfunctional diversity situation which explains why Mexico is in perpetual third-world status. The Spanish-descended control most higher functions, with the mostly-Spanish mixed making up a middle class, and then there is a vast population of impoverished, low intelligence, illiterate peasant indios. Every time an election comes along, they can be counted on to vote Communist like virtually every other third-world group.

Naturally this causes tension in Mexico’s middle and upper classes. Life would be better for them without these indios, or at least with fewer of them. And then they saw the Mariel boatlift, and it dawned on them: send the indios to America. The dumb saps will accept them if they so much as put a finger on American dirt because America’s bon-bon eating leftist useful idiots want people who will vote Communist every time.

Mexico had the perfect cover. None of its public institutions function anyway, and when they do, it is while shot through with corruption like a syphilitic corpse. The ruling groups made it be known that a good life existed in America, and then informally yanked out a few support structures. When Mexicans started pouring over the border, and the Mexican authorities shrugged and went on siesta, no one was exactly surprised that a Mexican institution failed to act.

This was a different form of immigration. For centuries, Central American Amerinds have been trying to get north. Their first opposition was from North American Amerinds, who correctly intuited that to allow in the horde was to be ethnically cleansed and replaced. The second was from the people who built America, the Western European settlers, who saw the same thing and drove off the Mexicans in a series of wars, only to have Mexicans return as raiders under Pancho Villa, a Communist at heart who saw his people would support him in a life of rape, murder and theft from people smarter than himself.

The new Mexican immigration takes on a different form: Mexico is like all countries heading into or staying in third-world status, bottom-heavy. It has too many lower intelligence (which correlates with low initiative, a.k.a. siesta and cerveza living) people and they have shifted its Bell Curve to the left. The elites in Mexico, especially after disastrous Communist guerrillas and electoral victories in the 1980s, needed to get rid of some of their underlings. Corrupt low-caste American industrialists wanted cheap labor. A match made in heaven!

Not really. For Mexico, the result has been some prosperity but the realization that while a Spanish-only Mexico might work, even a middle class of slightly mixed blood has produced different results than a Spanish middle class. In addition, families are divided and Mexicans in the USA feel a need to connect with the culture that has been stripped away from them by a border. They are right to do so, because although their language is Spanish, their habits and lifestyle are straight out of the Mayan years. They need an identity of their own and the ability to determine their own future.

In America, the problem is that we have now taken on Mexico’s third-world status by importing people of that genetic background. There are two essential concepts here that most Americans, especially upper class and female voters, do not understand:

Americans do not understand this because our own diversity problems predate Mexicans. First there were the North American Amerinds, with whom we coexisted until they began raping, killing and stealing. At that point, we were forced to defeat them, but then our diseases genocided them, and we keep the remnant drunk on government gin on reservations. Next there were our African slaves who we bought on the open market and kept in better conditions than those in China, Arabia, South America and Central America, but then left hanging around in a perpetual third-world state because with their identity destroyed, they could never control their destiny and thus were left dependent on their former slavemasters.

Finally there is the issue that few will talk about, which is “white” diversity. As our cities grew, we began subsidizing lots of lower-intelligence people with safer living, constant food and easy jobs. These demanded luxuries in turn and, using the suicidal function of the vote, elected to import “near-whites” from the areas of Europe that were mixed with other races. The part-North African Irish, the part-Asiatic Italians, the Turkic Greeks, the part-Arab and Asiatic Jews and Eastern Europeans, and part-Moorish Spanish became residents here as well. There is nothing wrong with those populations by themselves, but much as nature trumps nurture in third world status, it also explains the differences between Western Europe and its Eastern, Southern and Mediterranean counterparts.

With the rise of “white” diversity, America became colorblind because Paddy O’Malley, Chaim Abraham and Antonio Milano got upset when people mentioned differences. Government, always eager to play the profitable fool, got on the totalitarian bandwagon by demanding we all treat each other as equals and be forced to associate with each other, starting even before the Civil War. Since the Western European (called “Anglo” for short) organic power structure resisted, government attempted to destroy them, first with a Civil War and later with regulations and affirmative action. This is the hidden race war in America, between “whites.” The counter-culture was part of it and finally won in the 1990s, deposing the Anglo and replacing them with the great mixed-race republic, a.k.a. Mexico-in-Waiting.

Mexico, having gone through that experience already, was looking for a way out of its third-world disaster status and sending the indios and pardos north seemed like a good idea. This is the hidden race war within Mexico, between Mexicans, but it has the same root as the American struggle: the first-world populations are trying to escape the third-world ones. In Mexico at least, the struggle is honest, where in the USA it is buried under layers of lies from democratic politicians trying to buy votes from idiots, the largest and growing group in America. The election of President Camacho was confirmation of the counter-culture victory of the 1990s.

In the meantime, Western Europeans everywhere are ceasing to breed because they realize that this war of first-world via third-world cannot be won under democracy. When the founding myth of your society is that everyone is equal, you can never turn away the Other, and then they come in, rape your women, outbreed and out-vote you and take over, promptly making the same third-world disaster in your nation that they claim they wanted to escape. Nature beats nurture, every time.

The stray voltage of firearm fetishism | Everything is fake