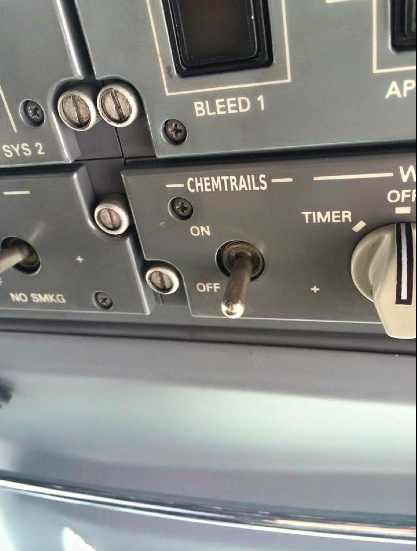 We receive almost all of our information about the world through intermediaries. There are too many humans and layers and institutions and interpretation between us and facts that we rarely see direct effect. Most of us trust statistics more than direct experience as they give a higher altitude view, but even then, the interpretation and reporting of those occurs beyond our sight.

It is slowly dawning on postmodern humanity that an audacious, vast heist of truth has been perpetrated. For years, the media and science we have relied on have been as fake as the promises of a snake oil salesman, and yet because of our inability to as individuals know the bigger picture, we have relied on them. As it turns out, this has been to our detriment, because the people in charge know less than we do, as their interpretations reveal.

In politics, we have become as jargonized as the Soviets. Never mind the completely circular statement “Diversity is our strength,” let us look at how politics in general consists of addressing real-world issues with platitudes. Starting with the notions of equality, freedom and justice — conveniently left without definition — we also have terms like racism, sexism and “privilege” which are now equally empty.

Here we focus on pseudo-profound bullshit, which consists of seemingly impressive assertions that are presented as true and meaningful but are actually vacuous. We presented participants with bullshit statements consisting of buzzwords randomly organized into statements with syntactic structure but no discernible meaning (e.g., â€œWholeness quiets infinite phenomenaâ€). Across multiple studies, the propensity to judge bullshit statements as profound was associated with a variety of conceptually relevant variables (e.g., intuitive cognitive style, supernatural belief). Parallel associations were less evident among profundity judgments for more conventionally profound (e.g., â€œA wet person does not fear the rainâ€) or mundane (e.g., â€œNewborn babies require constant attentionâ€) statements. These results support the idea that some people are more receptive to this type of bullshit and that detecting it is not merely a matter of indiscriminate skepticism but rather a discernment of deceptive vagueness in otherwise impressive sounding claims.

Perhaps the study authors are being edgy with their use of the term bullshit, or perhaps like a musician choosing to join two melodic phrases with a power chord, they are simply using the crudest but most effective tool for the job. Our language does not have a simple term for plausible sounding, linguistically logical but meaningless statements so this miscellaneous category of nonsense will do.

The broader point is that much of the solid foundation of facts upon which we base our assumptions are bullshit, or linguistically-logical statements that do not reflect the underlying reality. This enables them to be spun toward the conclusions that the audience favors, since it enjoys the lowest common denominator, and that delight those in control, because ambiguity, insanity, social chaos and meaninglessness make control more necessary and powerful.

As a result, we see abuses peeking out between the well-formed statements echoed by masses and media alike. It turns out that Swedish media have been faking it by automatically assuming that hate crime complaints are true, lying about the nationality of criminals and otherwise soft-pedaling any facts that contradict The Narrative. In addition, science has been backing up media not through hard facts, but by interpreting those facts as convenient for the left-leaning bias of academia:

While the authorsâ€™ political motivations for publishing the paper were obvious, it was the lax attitude on behalf of peer reviewers â€“ Jussim suggested â€“ that was at the heart of the problems within social psychology. The field had become a community in which political values and moral aims were shared, leading to an asymmetry in which studies that reinforced left-wing narratives had come to be disproportionately represented in the literature. And this was not, to quote Stephen Colbert, because â€œreality had a liberal biasâ€. It was because social psychology had a liberal bias.

When political conformity takes over, the only ones who speak out against the dominant trend are those who wish to self-destruct in their careers. Those who want to succeed find new ways to reinforce the orthodoxy or spread it. They know that those above them will rubber-stamp the “right-thinking” ideas and reject anything else, so there is zero risk to them in parroting the official story, and nothing but failure if they do not.

Others have found that science has a poor track record of policing itself not only for political reasons, but because there is no money or glory in it. This is not conspiracy thinking, but pure economics: scientists must succeed, too, and to rise at their careers they must make interesting research to get them noticed by media, which means it must flatter the dominant perspective.

And then, it goes into the memory hole, assumed as true and never analyzed again:

Dr Kahneman and a growing number of his colleagues fear that a lot of this priming research is poorly founded. Over the past few years various researchers have made systematic attempts to replicate some of the more widely cited priming experiments. Many of these replications have failed. In April, for instance, a paper in PLoS ONE, a journal, reported that nine separate experiments had not managed to reproduce the results of a famous study from 1998 purporting to show that thinking about a professor before taking an intelligence test leads to a higher score than imagining a football hooligan.

Everything is fake and all statements are illusion in a time when ideology is more important than reality. Ideology shapes the audience to want a certain product, and since the ideological boundaries flatter their own desires and pathologies, they rush to buy. Ideology also encourages filtering all those who are not “right-thinking” and a blind reward for any who repeat the dogma. This is no different from the days of the dying Soviet Union when people were promoted on the basis of having the right political orientation, and thus incompetents — politically savvy but blind to the subtleties of their work — were in charge in every nook and cranny of society, creating illusion wherever they went.

Democracy has a nasty habit of doing this. It killed Socrates for showing cracks in the official image, and it has since specialized in demonizing anyone who notices reality contradicts with the fantasy. We may need statistics and studies for the 30,000 foot view, but we don’t get them in this society. At least, not truthful ones.