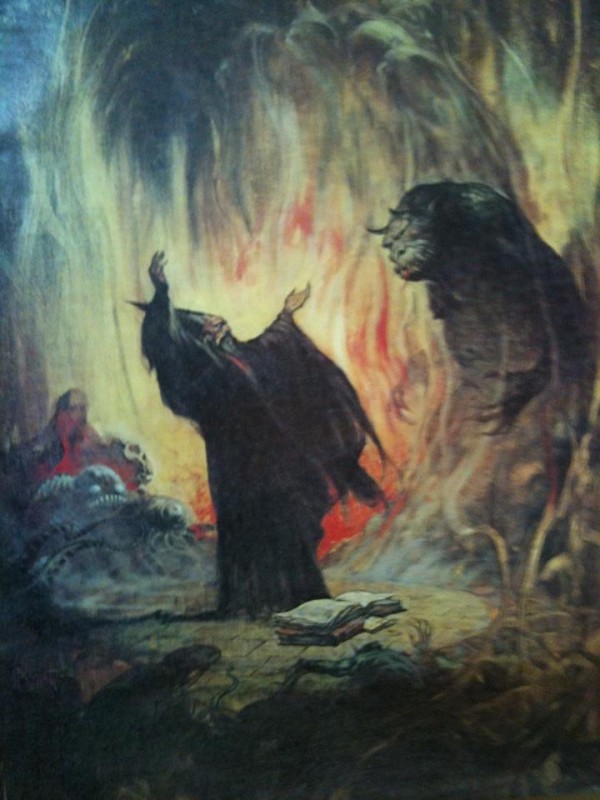 Philosophy consists more of vectors than arguments, sort of like the “angle” to a good human interest story: approaches, and framing of both goals and points at which arguments become incoherent, that in turn reshape the issue from what we might think to what we recognize as structurally sound and consistent with all else we know.

In my wanderings, I have borrowed basic analysis from Plato and Schopenhauer; political analysis from William S. Burroughs (“Control”); civilizational analysis from Nietzsche and Plato; and my most basic approach, from the Bhagavad-Gita, the Odyssey and the Bible, which see the root of human error as hubris or self-important solipsistic delusion. These pieces fit together better than one might expect.

In doing so, I have refuted some parts of the philosophies of all of my heroes except Plato. I disagree with Fred Nietzsche that the root of liberalism is Christianity, since the actual root is hubris brought on by overpopulation of our lower classes thanks to the successful social order of our aristocrats. I see Schopenhauer as missing the political and metaphysical implications of Germanic idealism, where Kant was closer to accurate on the latter. Burroughs is often caught in a victim narrative that externalizes evil. And so on.

But let us return to that study of evil, because in this distinction, I see the most basic approach to philosophy revealed: one either wishes to know the truth of reality and see the beauty in it, which corresponds to the realist and transcendentalist prongs of conservatism, or one wishes to deny reality in favor of human feelings, judgments and desires. Throughout all of human history, all human actions have fallen mostly on one side or the other of this divide, because it reflects whether we are able to perceive the world (good) or are dedicated only to ourselves and our illusory power (evil).

Another way to see this distinction is that good means acting within a whole order, or one that incorporates all parts of the world. Evil means acting for yourself alone, which usually requires looking at only some parts of natural order, or cherry-picking what reality you notice and then justifying/rationalizing from that point of view. We see people do this all the time when they see an action in one context, and repeat it in another as if it were some universal solution, when really its success depended on the action plus the context.

But what is most interesting about evil is its desire to conceal — including through use of distraction. The following two examples show how evil works by hiding its actual intentions and then distracting observers with fake symbols of good intentions that exist merely to deceive.

The evil hates the light, and so it hides its deeds; the good comes into the light, so its deeds may be seen, because the good does not fear judgment. This view sort of represents a “first take” on evil, because once the above has been said, evil — which is not stupid in the short term — will begin to disguise itself. This is why evil appears seductive, even beautiful, throughout the Bible and classical literature.

Plato expands on this concept:

Suppose now that there were two such magic rings, and the just put on one of them and the unjust the other; no man can be imagined to be of such an iron nature that he would stand fast in justice. No man would keep his hands off what was not his own when he could safely take what he liked out of the market, or go into houses and lie with any one at his pleasure, or kill or release from prison whom he would, and in all respects be like a God among men. Then the actions of the just would be as the actions of the unjust; they would both come at last to the same point.

And this we may truly affirm to be a great proof that a man is just, not willingly or because he thinks that justice is any good to him individually, but of necessity, for wherever any one thinks that he can safely be unjust, there he is unjust. For all men believe in their hearts that injustice is far more profitable to the individual than justice, and he who argues as I have been supposing, will say that they are right. If you could imagine any one obtaining this power of becoming invisible, and never doing any wrong or touching what was another’s, he would be thought by the lookers-on to be a most wretched idiot, although they would praise him to one another’s faces, and keep up appearances with one another from a fear that they too might suffer injustice.
— Plato, The Republic, Chapter III

The good will hide his good deeds, and let his bad be seen; this is equivalent to the good coming into the light from the Biblical passage.

The bad will hide his bad deeds, and let his good be seen; this, if anything, is the crux of Plato and later Nietzsche, which is that we should be wary of human symbols, intentions and displays/signaling as they are always corrupt (and seem to work, year after year for eons, on the clueless herd).

The above are in parallel to Plato’s classic formulation of justice, which is “good to the good, and bad to the bad.” In other words, give to people what they are, so that you get more of the good and less of the bad. This also fits with a Darwinistic interpretation.

Old-school conservatives began their study of humanity with evil, and extended this into political philosophy, mainly because when you combine the Bible and Plato you realize that most people are both deceptive and bad, and that we either put the good ones in charge of the rest, or the rest will rule us and destroy us with their solipsistic evil.