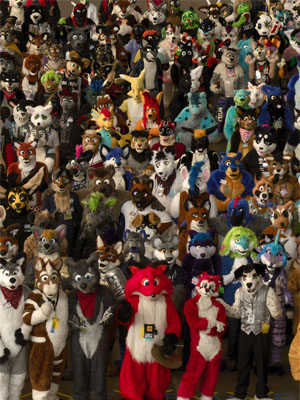 We live in a time of confused cause-effect because, since the Enlightenment, we have made ourselves deciders of reality based on our whims and the collective popularity of ideas.

Equality as a political concept means that each person is valid, whether their ideas/views are realistic or not; since each is valid, all must be accommodated, which results in a state called pluralism where many different points of view are considered true at once.

At that point, the deeper issues in life are dead because they are un-decidable.

We went from having kings and popes deciding a singular reality, to having each individual decide reality, and all of us be commanded to “tolerate” each other’s realities in order to keep the peace. There is no truth to decide, only the presumption that all is true.

With the deeper issues dead, all that exists for us as “truth” are the surface issues. How we present ourselves to others; how popular we are; how well we uphold memes, laws, media and other trends. We are how we appear. (The medium is the message.)

For this reason, we live in a state of duality. We have obligations, like jobs and not committing murder, and everything else is time for us, so we take as much as we can. During that time, we have “hobbies” which are unpaid pursuits that we hope entertain us.

Our hobbies rapidly extend to cover anything not mandated by the society itself. In our personal lives, and in our families, we exert dominion over the surface.

This is a form of surrogate reality, or the creation of an alternate reality which is not particularly important, but through which we live as if it were more important than reality itself.

Like the symbolic reality of morality, popularity and economics, this is a case of a few parts of the whole standing for the whole; in other words, we pick the areas in which we do have power and crowd out the rest.

One major area where this comes into play is the idea of control itself. Instead of having people work with us on a shared vision, we indulge in the thought that we can force them to do what we need. This however ignores the degree, or quality, of their compliance, as well as any secondary or incidental effects of our control on them. Those who wield control are perpetually surprised by unintended consequences.

Another area is tolerance. When we are at a weak point and deserve a break, we are annoyed by other people treating us as if we were not at a weak point, because from our perspective it seems like an assault on our weakness. Our retribution is to demand “tolerance” for all ranges of behavior, which means that weakness and strength are indistinguishable. But then we live in a society designed around weakness, and so it moves slowly, encourages incompetence and penalizes efficiency. We suffer more this way, as the result of our fear.

These surrogate realities are composed of notions in which the visible aspect of an act is considered equal to the cause of an act, e.g. flowers grow because they are flowers, not because of a complex interaction between sunlight, water and seed.

To enforce our surrogate realities, we cherry-pick information. Out of a thousand factors, we select the one that is important to us, and pay attention to the data that reinforces it, discarding the rest.

Through these reality substitutes, we eventually create a human-only world of emotions, judgments and feelings. This distances us from reality and thus, the only meaning we could have in seeing our ideas realized and tested.

As a result, we become lonely and bitter, locked away in labyrinthine castles of our mind mind and cryptic religions of our own populist morality, forever wondering what we’re missing.