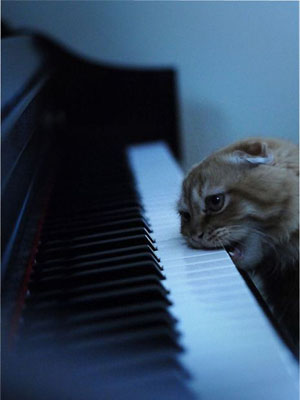 Often life is paradoxical because appearance is a result of underlying structure, and not equal to it.

The best way to think about this is the example of a tornado, which does not form itself. Winds of different temperatures cross under the right conditions, and create a tornado.

In the human world, there is an equivalent to this. People say one thing, and use it to hide their actual behavior and motivations.

For example, among us walk those who preach tolerance and pluralism. However, these tend to be the most hateful people in our society.

They are either intolerant of specific groups, or intolerant of anyone who has not ruined a particular aspect — religion, innocence, intelligence, morality, heritage, culture — of themselves.

The tolerant person is “misery loves company” in incarnate form, wishing others to be as deprived as they are. But another factor is in play here.

If I am an angry person, and wish to be intolerant, I need a cover story in order to be able to get away with it. My best cover is as a missionary of tolerance.

That way, I am the official authority on tolerance and can carefully define my own behavior as tolerant, whether it is or not. Don’t change the behavior — change the meaning of the word!

Becoming known as an expert or paragon of some behavior is a type of pre-emptive defense against those who, in the future, might accuse you of violating that same taboo.

This is similar to billionaire philanthropists who gleefully give away 5% of their wealth in order to make headlines for their charity, while hiding their tax-dodging and ill deeds under those headlines.

At the current time, we can see this phenomena in the rising shrillness of global liberalism. Two centuries after liberalism officially became our world order with the French Revolution, the disaster is unfolding.

It is not a single failure — no, liberalism has failed on all fronts, and most importantly has failed to bring about the new Utopia it claimed it would.

A convergence of failures occurs because liberalism fails on all levels: economic, political, social, biological, cultural and even individual happiness. It has corrupted science and religion, destroyed art and alienated the individual.

These intensifying failures work together like notes harmonizing into a chord, showing us that the New World Order we thought was right is in fact a path to death. People are considering abandoning it.

As a result of that instability, those who depend on liberalism for their sense of self-worth are turning up the heat. More fanatical statements, more extremism and greater degrees of illusion are demanded, and the faithful lap it up because their identities are constructed out of the success of liberalism as an idea.

The propaganda grows stronger, the allegiance tests get more absolute, and the leftists appear emboldened, strong and victorious.

But these are not structural traits, but appearance. The underlying cause is a need to hide their fear of total failure that is imminent. They are running scared.

It is paradoxical that the seemingly most confident people are those preaching a dying ideology that belongs to a failed past. But they hope to convince you, and keep the sad farce alive for just another day.