Russia Shows The Future Of Nature Conservation: Total Segregation Of The Wild 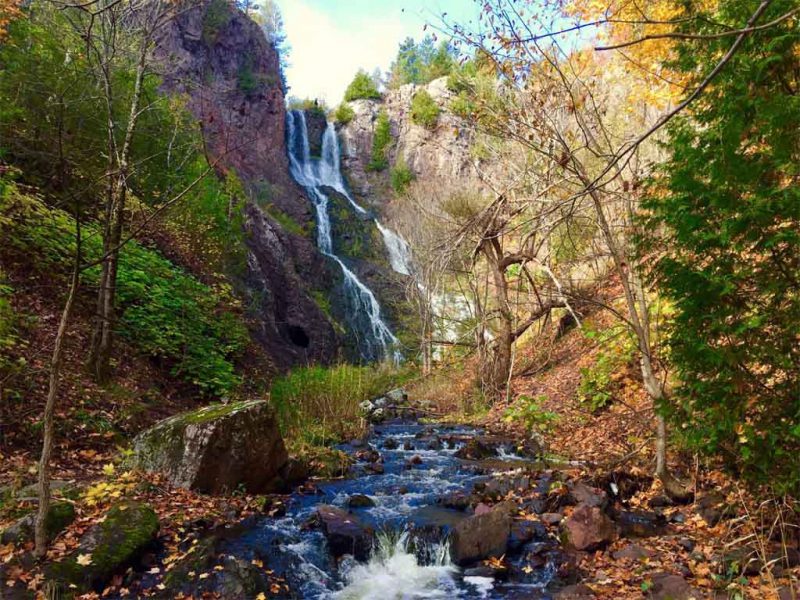 If the Enlightenment™ years had any theme, it would be that everyone is important and every perspective is valid, so we can be one big happy group together. The years after the fall of that illusion will emphasize the opposition perspective, “everything in its place,” without a mob tearing apart civilization and nature alike.

Under the post-WW2 domination of Leftism, with brief exceptions to defeat Communism and Islamic jihad, the West has steadily abandoned any notion of a natural order or balance to existence, and replaced it with the ideology of the mob, namely that every individual should grab whatever he can because his reality is just as real as any other.

As we see this come to its obvious conclusion, we prepare ourselves to witness the simultaneous collapse of Leftist social programs, world economies, political balances, and last but not least, our environment. Even without the fiction of climate change, we know that we have taken too much land and are eliminating natural ecosystems.

Luckily for us, if we overcome our egotism, a solution awaits as designed by the Russian tsars, namely the isolation and segregation of massive swathes of nature:

In January 1917 (technically December 1916, the Soviets later adopted a different calendar), Tsar Nicholas II officially set aside land near Siberia’s Lake Baikal for the Russian Empire’s first zapovednik, or “strict nature reserve.” A few months earlier, the United States had established its own National Park Service, with the mission of administering parks “for the benefit and enjoyment of the people,” as the act establishing Yellowstone in 1872 had put it. The Russian vision was different.

While the U.S. saw parks as “pleasuring grounds” for recreation-seekers, turn of the century Russian conservationists like Grigory Kozhevnikov had been calling for the opposite—the protection of Russia’s natural wealth from its own people.

If we want natural species to survive, we must preserve the ecosystems on which they depend, which requires that vast areas be left without human intervention and the resulting disturbance it creates. That requires saving them not from capitalism, but from democracy, which enables people to do whatever they want without consequence.

Seizing our remaining wild land and placing it off-limits would make our existing land more valuable, which would in turn place pressure on cities to reduce ghettos and burnt-out suburbs because the land would be worth too much to allow it to be used as a no-fly zone for the rest of the population.

In addition, the only possible counterbalance against human pollution comes from wide natural spaces where plants can filter out waste products and renew our oxygen supply. You would think that those in favor of fighting climate change would support rewilding and conservation, but few of them do, preferring “green products” since those allow us to continue our unchecked expansion.

A sensible approach entails realizing that while we can reduce our consumption level, we must also reduce our population in order to avoid an ecological catastrophe:

Population growth constantly pushes the consequences of any level of individual consumption to a higher plateau, and reductions in individual consumption can always be overwhelmed by increases in population. The simple reality is that acting on both, consistently and simultaneously, is the key to long-term environmental sustainability. The sustainability benefits of level or falling human numbers are too powerful to ignore for long.

In the U.S., this discussion remains muted all the same. Population concerns may lurk within the public anger over illegal immigration or over the unwed California mother of octuplets earlier this year. But to the extent that the news media address domestic population growth at all, it is through euphemisms such as “sprawl” (the theoretical culprit in pollution of the Chesapeake Bay, for example) or the economy (the theoretical driver of increased greenhouse gas emissions). You are more likely to read about population growth in a letter to the editor than in a news story or editorial.

While we consider the tricky subject of making inegalitarian determinations of who gets to breed and live in first world comfort within the intellectual ghetto of an egalitarian intellectual regime, it makes sense to first save what we cannot later fix: we cannot undo extinction or ecosystem loss, so we must preserve those.

The Russian model — predating the Soviets, created by the aristocracy — shows us the way forward in ecological activity. When we set aside land for nature, it maintains itself, and in the absence of our interference, preserves what nature has made and allows it to continue developing. That alone will defer ecocide.