Romney’s mandate for change — and its implications for Europeans worldwide 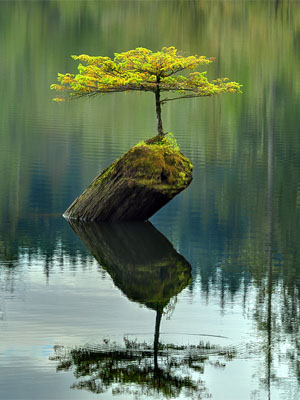 No part of this world is unconnected to any other.

If there is any part of the new right that will appear “liberal,” it is that we accept consequences fully. We recognize that overpopulation is ecocide, and psychological abuse creates violent antisocial zombies who act out their own missing love on the rest of us.

We also recognize that no act is without consequences. Legalized gay marriage changes the tenor of the moral character of a society, and not just through its acceptance of gay marriage. Suddenly, its goal has been redefined.

For this reason, we tend to be fanatically anti-liberal because we recognize that the liberal goal is to replace reality with a social-moral-political agenda of pluralism, relativism and universal subsidy. It does this through a sense of universalism, which assumes all people are equal and thus you owe to others what you would want for yourself, were your positions transposed.

For this reason, the American election is more than an isolated event. It is, like other historically important events, humanity as a whole deciding where its next step will fall, and thus in what direction its legs will take it.

Mitt Romney scored a big win with voters for his debate performance, and then it disappeared among the mostly-white, mostly middle class majority in the United States. He made two mistakes that led to this point:

What Romney figured out at first and now is retreating in fear from is the idea that this is not an election about his platform. It’s about his direction: does he take us closer to conservative 1950s America, or to the European Socialism plus Shopping Mall hell into which we’ve been venturing since Reagan left us?

This election isn’t about politics, Mitt. It’s about type of civilization, choice of future society, our direction on a cultural and social level. We’re choosing what the future looks like. Do we keep going down the leftist path toward proven failed “solutions,” or do we step back and apply conservative logic?

Conservatism has lost the balance between economic and traditional conservatism. The Republican Party has abandoned half of its intellectual ammunition. It appeals to people as potential business owners, but not as parents, neighbors and citizens. – “The Conservative Mind”, by David Brooks, The New York Times

The Tea Party and others talk a lot about economic policy, but this is a clearer and easier issue than social policy, which is the underlying logic to their argument. We have gone down a bad path. We have wasted our wealth, time and energy on a circular movement designed to appease the fearful and subsidize social parasites.

We, the average thoughtful and productive people, are tired of the policies that did not work. Not as economics or politics per se, but on a social and cultural level. Liberalism has converted the West from a true leader among humanity into a giant shopping center with a Nanny State that punishes the good and promotes the parasitic.

It has turned out countries into moral wastelands, our daily lives into tolerance for insanity, and our people into selfish mugwumps addicted to their iPhones while they ignore the crisis around them. Every other issue — multiculturalism, overpopulation, crime, war, failure — originates in the choice to go toward a liberal pluralistic model.

We the people (who still have functioning brains) want Mitt to not only get elected, but to go into office ready to destroy. Destroy pluralism; get back to the idea that there are standards of behavior, a culture in common, and that we reward the productive and exile the useless.

The voters want to give him momentum not just to sweep him into office, but to keep him going as far as possible in reversing the decline brought on by liberalism. For the first time in a lifetime, we have an election that is purely about choice of political system and values.

So far, Team Romney has been backing off on this mandate. It scares them; it’s a big responsibility. But if he wants majoritarian voters, Romney will have to inherit what the age has handed him, and go to war against the source of our decline.