Pluralism finally separates the majority from the anti-majoritarians 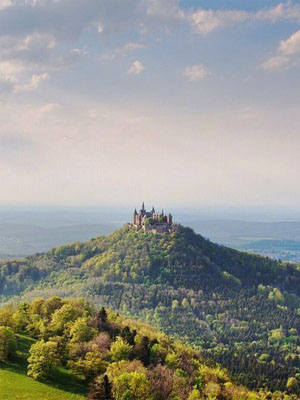 Watching the great Western experiment with democracy wind down, it now becomes clear how pluralism — the idea that we all agree to disagree, and have many groups disagreeing peacefully with each other in the name of a collage of diverse and interesting viewpoints — has run down and ultimately left us with two groups: the majority, and the anti-majoritarians.

In simple terms, the majority are those indigenous or native to a nation, and who need no “ideology” other than their own culture and interest in perpetuating themselves. The anti-majoritarians are those who don’t fit in, or want to fit in but on their own terms, and so wish to dissolve this majority and replace it with the pluralistic herd.

At first, they pitch this to us as the idea that many groups of different interests exist simultaneously. The majority likes this because it means they get to keep being themselves, only society adds some exciting layers. In reality, every layer represents a displacement, and the end result of the displacement is the creation of a permanent Other who hate the majority for being well-adjusted.

This other takes a negative form, meaning it is defined by what it is not. It is not of a culture, or heritage. It is not of a values system. It is not of a group — it is an anarchistic mass of individuals. But it even destroys that notion. Anarchy does not provide what it ultimately wants, which is for society to be forced to accept it and, as part of that, be forced to subsidize it.

With the Obama election the pluralist anti-majoritarians promised us that race relations would improve, we’d be “post-racial,” and in our new enlightenment we’d live in peace. Once in power, they did nothing but race to replace the majority with imported citizens, a new elite of government and private non-profit liberal ideologues, and new neurotic generations of kids raised on government propaganda in schools.

This event was seen as the culmination of the promise of the work of many generations, starting back a decade after our nation was formed. These groups saw the majority as bad, and exclusive, and so agitated for the inclusion of at first those close to the majority, all the way out to those totally alien to them. This liberal horde has agitated for successive additions to and dilution of the majority.

And now, with the Obama II election, the agenda has become clear. All those who want to think they’re dispossessed, which usually means those with either too much money and nothing to do, or too little money and no will to change their behaviors thus a need for government subsidy, are gathering with him. Their goal is simple: crush the majority once and for all.

All of the West is watching this election. It is a symbolic choice, more than anything. It comes down to a binary measurement: do we want something more like conservatism, or more like liberalism? All those who claim that the two parties are the same are missing the point, since these two similar parties each suggest which direction things will go after the election. The momentum will increase and that which is 10% conservative or liberal today will be 50% of the same four years later, just as it was with Obama.

Whoever wins will carry a mandate to expand upon the relatively mild policies discussed during election time, and to go farther toward the ideal that each side represents — much as elections in Europe do. The conservatives stand for the policies that benefit the majority, and the liberals stand for everyone else and the crushing of the majority. Whose side are you on?