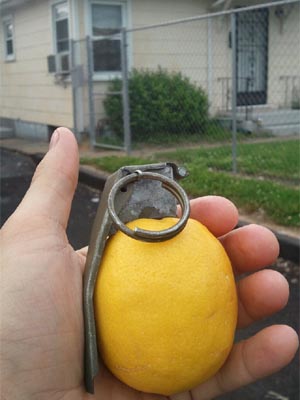 There is no such thing as human rights. It’s a fantasy, and not the good kind with orcs and axes.

Stop — I’ve heard it all — I’m denying the basic value of human life, and will cause our society to descend into nihilism and people will hurt each other for kicks until we all die out.

Most people view a statement like “There is no such thing as human rights” as a total violation of all truth, a rejection of life itself, a commitment to violence — in short, as blasphemy.

For years, we had a Christian establishment which convinced us of certain truths as essential to our survival. One of these was that each person was important in the eyes of God. Originally, this was “important” as in a character in a story — every person had a role to play.

Under the influence of unguarded populism and the consumerism it inevitably produces, that became a Mr. Rogers style perversity, namely “Each one of you is OK just the way you are.” Translated into human behavior that means: don’t change a thing, you’re fine the way you are, and since we’re all equal, that means you should be accepted everywhere and celebrated for being exactly what you are.

The concept of “rights” does the same thing, but on a more militant scale. Rights are absolute, meaning that there’s no compromise. They only work to sabotage what someone else is doing.

Person 1: “Listen, we need to move this heavy object here so we can free up room to grow crops for — ”

The community has a need to make certain choices, but the individual is given a giant stop sign. If they feel it contradicts their rights, we all have to stop and begin the endless process of debating it out. Do you ever feel as if our society moves in slow motion?

It’s like an inverse of the equally abhorrent thought that the needs of the group always trump those of the individual.

Both are rigid, unthinking rules which admit no compromise, which means that anyone getting near them is forced into a state of unending debate and compromise. When you start out with a nonsense principle, the end result is constant low-level conflict.

The idea of “rights” is to give the individual the ability to stop everyone else from doing what they want to do, if it’s inconvenient. You can see this in traffic: everyone is trying to get to work on time, but one driver wants to go more slowly. He lags at the turn. Ten people don’t make it through the light. Oh well, it was his right.

A more complex example occurs at the workplace. Your boss is more concerned with looking good to his superiors than getting work done; your coworkers are busy screwing off. You work hard. At the time when you need to get your final project in, however, your team is not done, so you are called in to work overnight with the rest of them.

That overnighter would have been unnecessary if people had just worked more effectively. But it’s their right to work at whatever pace they want; if we start making people speed up, it’s not fair to the slow ones. And you could claim it’s your right to bail out on time, but you know that will scotch the project. So rights collide, as they always do, and the result is inertia: everyone works late doing unnecessary work.

The gnarly truth is that society itself is a collaboration. We cooperate with others to achieve goals, and in cooperation, we give up some of our “rights” some of the time, and they do the same, so that we can all work together to make something good happen.

However, that brings up the second problem with rights… any real collaboration is going to require some kind of leadership or other central authority. Anarchists don’t organize, and selfish people don’t work together unless compelled to. But the concept of rights fundamentally clashes with the idea of someone telling you what to do, unless it’s a voluntary exchange of time and money.

Naturally, in times of disaster we know to give up our rights a little bit. We may have to let the Army Corps of Engineers deflect a river through our front lawn, or we might have to abandon property so that others can be saved. But this does not extend to society when no disaster is present.

In fact, if anything the concept of “rights” is like a thumbtack caught on a silk dress: at the slightest motion, it rips the dress in half, because by virtue of not moving it used the momentum of the cloth against it.

This is only problematic because when we work together, we can achieve great things, and triumph over the selfishness of individuals that blights our cities, jobs and friendships:

Soon the city surrounded the salt marsh. Residents began tossing in garbage, and the marsh quickly transformed into a waste dump. Native plants such as sedge grass mostly died, and what was left behind was ugly, murky, swampy, and â€” on a hot summer day â€” olfactory torture. A 19th-century account describes it as â€œbeing without a single attractive feature. A body of water so foul that even clams and eels cannot live in it.â€

As a first step, intercepting sewers were built to catch refuse. Gates were installed to regulate the flow between the marshland and the Charles River, which was then still a tidal estuary where saltwater and freshwater mixed. Once the engineering infrastructure was worked out, Olmsted focused on wetlands restoration. He designed a creek, dredged out of muck, to following a meandering, sinuous path â€” more â€œnaturalâ€ than nature.

The Back Bay Fens was a smashing success. The commissioners asked Olmsted to design a whole series of interconnected parks, what became the Emerald Necklace. Flush with work, Olmsted finally felt comfortable leaving New York City, and moved to Brookline. Heâ€™d found a way to return to New England, after all. Olmsted would operate his landscape architecture firm out of Brookline for the rest of his life. – The Boston Globe

One enlightened designer intervened and suddenly a wasteland became a triumph.

What if we applied the same logic to our inner cities? Well, that will trample on someone’s rights.

What about bulldozing empty buildings and planting trees? Some person or people have rights to that, you know.

What about moving whole groups of people to other parts of the city, so we can restore some natural areas that everyone can enjoy? Oh wait, don’t tell me — we’d be crushing their rights.

The fact is that life crushes all of our rights. We die. Accidents happen. Things go wrong. We get sick. Do we shake our impotent fetus fists at the sky and bellow apostatic obscenities?

One big reason why traditional thought seems impossible to so many modern people is the ‘literalism’ of our discourse – its fragmented, specialized and over-precise nature.

So that when we try to discuss fundamental matters that can only be comprehended in mythic poetry; what actually comes out is professional, bureaucratic, procedural prose.

Instead of being able to comprehend multiple poetic and mythic meanings from a single word, sentence or passage – we are reduced to picking it apart and sequentially describing its ethics, its philosophy, its historical meaning etc. Each of which, taken alone, rings false – and is dull, unengaging, indeed aversive.

It used to be possible for The Law to be regarded as beautiful – C.S. Lewis in his book on the Psalms points at the way some ancient Jews loved and hymned their Law – it was seen as virtuous, but also and at the same time true and beautiful. – Bruce Charlton

We can in fact see the entire modern time as a breaking down of meaning from the complex to the literal and uncompromising, the universal and absolute, the block-like and inspecific — like “rights.” After all, they are our modern archetype; equality is guaranteed by rights, and that is the basis of our political system. The lowliest may thwart the most powerful.

Where once laws were a form of harmony toward a goal, they are now a series of excuses the individual may use to avoid being compelled to do what is intelligent or necessary. The curse of civilization has struck, and now instead of working together, we are using the group as a shield for its weakest and as a result, destroying any direction we had in common.

For this reason, I say “rights” are an illusion. They do not exist in nature. They do not make sense if our goal is to cooperate. By the nature of being absolute, and uncompromising, they make rule of law impossible. Thus we are forever enmeshed in endless debates, while backroom deals and money changing hands makes the actual decisions.

All of this fits well into the mentality of those who demand “rights,” as their goal always was the sabotage of society so they could live off it in oblivion, and never be forced to confront reality. Cowardice even in matters small remains our downfall.