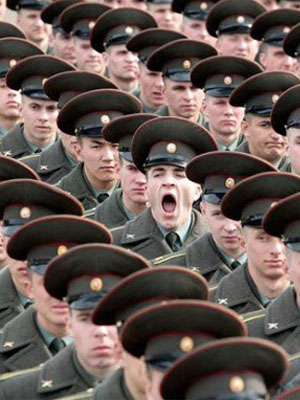 Censorship is an essential tool for every government on earth, even anarchy and egalitarian democracy.

Information that blatantly contradicts the status quo is not dangerous for what it says, but for how often it is seen. When people see it enough, they feel safe in repeating it.

This is why censorship exists: to make sure that people see the information infrequently, and then can’t find the source again, creating the impression that that information is irrelevant.

Controlled societies censor by owning all the printing presses. They print, film and type what they want us to know. Those who deviate may be killed, or simply relocated to someplace unpleasant.

Free societies censor by generating public outrage at a behavior, or the perceived type of person who engages in it. They then tie this behavior to the unlawful information.

Every few months the internet-culture “community” gets riled up about some bill or another that will (say this in a Vincent Price voice) destroy the internet as we know it. The presentation is always that apocalyptic.

From a more realistic view, however, censorship is unlikely to be apocalyptic. More likely, it will be recognized and accepted as normal, and then creep into everyday life.

People will know that what they see is censored, but they will not act on that. No one wants to be the first to buck a trend, because there’s huge risk that the rest of the Simian lynch mob will simply turn on you, and enrich themselves with your losses.

The internet is not censored by governments, at least not effective ones. It is censored by your fellow citizens and those that provide them services. Unpopular opinions detract from the value of those services, and so they are blocked.

That cannot matter, you think. Your fellow citizens thirst for information and lust for freedom so much that they’ll “do something” about that.

Except that your fellow citizens are interested in cheeseburgers, shiny gadgets, beer, movies and pornography. They’re so distracted you could pick them off one by one, so long as you didn’t put articles in the media saying it would happen.

The censorship of the internet will not come from government or media, but from you, the average citizen. You will demand stability. You do not want to read disturbing news or thoughts. You want happy news, happy commentary, and a pleasant vision of the future that suggests you’re doing everything right.

Subconsciously, you will reward that vision of the world with your dollars while shying away from any less-uplifting visions.

Your purchasing preferences, and your complaints about disturbing facts or ideas you encounter, will censor the internet — and society at large.

And yet you never hear of this in the media. Why, you might ask?

Because it’s an effective control mechanism. Not by government, but by you. You are controlling your fellow citizens by making them docile, so you can sell them whatever goods and services are linked to your job or business.

It’s all about you, after all. You don’t want your experience marred by discontent. You want only pleasure, and profits. While you’ll never admit it, you’re a more effective censor than totalitarianism.