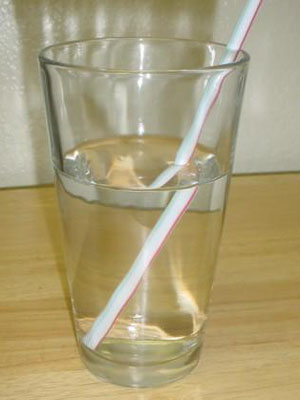 The media, the popular kids at work/school, the government and all your favorite celebrities champion a single idea: that we all must be equal, and the mercury in the thermometer is race and civil rights.

Their focus is not on race per se, but they use it as an indicator for measurement of their progress. They want total equality: race, gender, class, even physical ability.

This is not new. In 1789, the French Revolutionaries demanded the same exact stuff, except for them the “race” part was internationalism or the notion that no national borders would exist anymore.

What is most interesting is this chorus. You hear the same idea in different forms from several locations. It’s like a kaleidoscope: your eye sees jagged shapes, and your brain assembles a coherent image from the mirror impressions.

This idea in many places must obviously have a common origin.

Another natural pitfall is to lose track of time. Yet another is to underestimate our knowledge when we know a lot, and overestimate when we know little. These are just life’s little gotchas.

The hivemind is the same way. It appeals to basic psychological pitfalls, and by justifying them through the strength of the group, makes them accepted.

The hivemind has one basic message: stop striving to adapt to reality; instead, project your needs onto it and use social guilt to force others to conform.

This hivemind is the root of all liberalism, but it’s also the root of all human groupthink, peer pressure, social fear, and other mental failings that occur in groups. Hivemind is what happens when we give up on (a) reality and (b) ourselves in favor of (c) the social collective.

That’s why Hollywood stars say the same stuff as advertisers and government propagandists. Just like your friend group, they want to say something that will “succeed” and be popular, so they pander to popular notions.

This is why they love equality and its indicator, race. Both of these are mental pitfalls. Our brains like to level quantities in order to make them easier to compute, and so we like leveling influences like equality. When everyone is the same, no tension can exist.

Race seems to us an indicator of equality because of another standard perceptual error. We assume that when we make a change to the world, it’s like painting new colors onto a painting. We don’t realize that it’s more like re-arranging a series of balances, where any one act causes a chain of consequences.

Thus we can never step into the same river twice, because we’ve altered the river by stepping. You can see this mentality most clearly in the bored office worker or housewife: “If only I had…” they dream. But if they had that, their lives would be so changed the circumstances that make them want it would no longer exist.

Equality arises from our fear of insufficiency. If we are strong, we work smarter to adapt. If not, we fall into self-pity. Instead of adapting to reality, we create a reality of our own through a process called cognitive dissonance. In that reality, we comfort ourselves, we are kings — even if in regular reality we are janitors.

This, too, is a common and inherent pitfall.

Out of this self-pity we invent a mythology of the world. It is bad, because it doesn’t recognize the world in which we are kings.

But that’s not enough. For it to be bad, it must be an evil, and we must be committed to fighting it, or “changing” it. We must invent a sense of “progress” that fixes it and makes it more like our fantasy world.

From the outside, this belief is indistinguishable from an honest desire to improve the world. The honest desire tends to be more gradual, and spend more energy on what it wants instead of what it doesn’t want, but those are clues and not fully indicative.

Our race-pity is part of our cognitive dissonance. Displaced and lonely people want a reason to make a better world where every ego is important and a king. They thus bang the tin drum of equality. In turn, they take that to its logical extreme, and demand that all things be exactly equal. Destroy all titles, distribute all the wealth, mix all the peoples into a uniform tan.

In their view, based on their fantasy world where each person is as important as any other, this crazed fantasy of destruction is morality incarnate. However, the root of it is self-pity.

The Hollywood types, television advertisers, friends at the pub, government pamphlet writers and others know this. They are pandering to your weakness. What they want is your allegiance.

The only price is the total destruction of your society, and that like the credit card bills and pub tab you can put off for the near future. You only live once.

The moderates destroy us | Vitruvian Man