The moderates destroy us 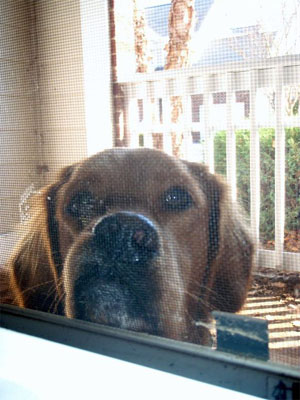 People view the world from the same eyes, and so they assume the ground on which they stand never moves. From that perspective, what is most important is inertia or staying at rest.

In their view, it is the world outside which is in constant motion while the person remains the same. This conveniently mortality- and change-denying outlook is not deliberate.

The result of it however is that people tend to view things “as they are” as being good, and any change or alternative plan as being suspicious. For this reason they love moderates.

While the right and left have clear ideas of what they want for the future of their society, the moderate does not. The moderate has no ideology or plan. The moderate wants what is already here, just a little bit more convenient, cheaper or sleeker.

As a result, the moderate is seen as a force of compromise and stability between the two “extremes” (remember: extreme means having a plan). The moderate thus becomes the dominant, and the moderate’s non-plan “plan” takes over.

This plan is usually a variation on a combination of (1) don’t rock the boat, (2) be nice to everyone and (3) jobs and low taxes. Moderates want nothing from government other than it stay out of the way.

However, moderates have an Achilles heel. They react badly to stories of suffering. When we are fundamentally oblivious to the world outside us, suffering reminds us of our own capacity for suffering, and so we want it to go away quickly so we can go back to being oblivious.

As a result, moderates can be some of the biggest agitators for neutering public agencies and simultaneously, creating more safety and health regulations and enforcement.

My simple point is that iron fists and snooping donâ€™t actually make people safe. They make the state safe, because it is the state that such methods are designed to serve. A genuine â€˜peopleâ€™s policeâ€™, like our own before Roy Jenkins wrecked them in the 1960s, are present on the streets as individual, citizens in uniform with few powers, are governed by law, must answer to the courts and derive their authority from those they protect. – “Iron Fists, Islamic votes, general thoughts,” by Peter Hitchens, Mail on Sunday

Roy Jenkins, for our ‘Murrican readers, was a UK Home Secretary who sought to build a “civilized society” which legalized homosexuality, abolished the death penalty, permitted divorce and abortion and prohibited corporal punishment. Fundamentally a moderate, Jenkins acted with the best of intentions.

However, as history shows us, good intentions create instability. Instead of looking toward the practical dimensions of a situation, we pay attention to feelings and thus are misled from consequences. When we think about consequences, the results are not very human, but they work. When we think about feelings, we fix one situation and leave a disaster waiting to spring.

Socialization itself leads us down the path of the tyrannical moderate. We want to be nice; we don’t want to deny anyone anything. We don’t want any failures to be their fault, so we blame the absence of a warning label on the mattress for the fire, not the person smoking in bed.

With good intentions, we deny results and past learning. We stumble into a zone where we are conservative to change, except change that favors the individual, which leads us toward leftism. By being moderates, we end up being extremists because we have eliminated the possibility of any other options.

This is why moderates are de facto liberals. It is also why liberal movements arise out of moderate ones. It explains why the ancients at their healthiest were so black-and-white about many issues.

More importantly, it shows us where we will go wrong in the future. Fear of people who want extreme “solutions” that don’t work is in itself legitimate, but fear of solutions because they aren’t moderate is death. We have another chance to avoid this pitfall as our society reconsiders its organization in light of the economic collapse of the past three years.