by Wilhelm Bartholomew III on November 7, 2017 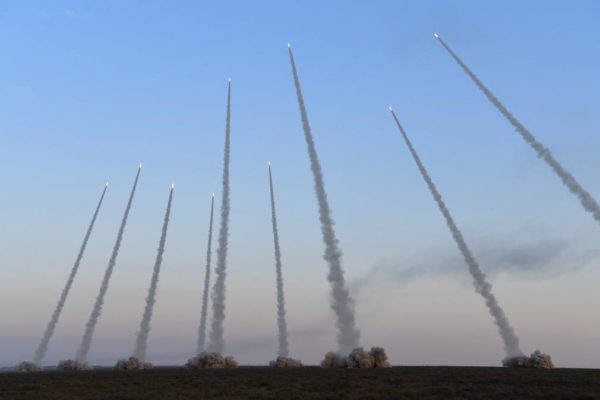 Politics is like martial arts. Each style of politician has his own set of strengths and weaknesses, just like a martial artist does. In order to win the fight it is necessary to adapt the style to the situation.Â Because each style has its own flaws it is necessary toÂ be trained in more than one style.

The 2016 campaign was not a traditional political contest. Rather it was a brutal Kumite like in the movie Bloodsport. With the Clinton organized graft machine on one side, and an awesomeÂ superhero corporate patriot tycoon extraordinaire on the other, it was an extended no-holds-barred match, which took many side casualties along the way.

The full on brawn and brains balls out left-right-left-right straight punch attack that worked for Trump during the campaign so effectively has served him poorly as president. During the election he was known to counter-punch. In fact, Trump was respectful to Clinton until she went low in the election first, at which point he suggested he was “taking his gloves off.”Â That strategy allowed him to see what attacks were going to be thrown at him and then to knock their lights out. It got to whereÂ Hilary feinted even. That’s how psyched out she was by his unrelenting assault.

Since the election Trump went in guns blazing for conservative causes. He initiated the Muslim travel ban off the bat.Â That faced objections of nonsense from the herd, but resolute left wing judicial activist denial. He should get more credit for having pulled out of the Paris Climate Agreement, the Supreme Court appointment, handling of the floods, and the debt ceiling extension.

But he is not getting any credit, and that’s because by punching first on so many issues and swinging for the fence he hasn’t gotten as much done as if he had shadowed the opponent at first and then wore them down incrementally, or gotten what he could from the opposition before antagonizing them. No single strategy will work when confronting a crafty, energetic opponent.

A counter punch strategy would have worked better. The Dems want an infrastructure bill and a corporate earnings repatriation bill, which both would be good for conservatives too. Trump knows infrastructure and about corporate finance and taxation better than anyone. That should have been the first thing passed.

Think of this like you are in a fight and are a good ground fighter. Your opponent wants you to fight on the ground. Go to the ground then. This happens in the UFC where a good grappler like B.J. Penn refuses in his older years to take opponents like Diaz down to the ground, because he is making wrong assumptions about his opponent. He ends up losing a fight he could have won.

Trump also should have counter-punched on the Muslim travel ban rather than having initiated. Since the election there have been many opportune times to have initiated the travel ban. For instance, just this week some terrorist asshole ran people over in NYC. Had Trump waited to impose the travel ban for the right moment, the leftist stay of appeal would have had less sympathizers. This is a little bit like jiu-jitsu whereÂ you don’tÂ use force against force. That’s not efficient. Sometimes you let them advance while you get off to the side or the back where you can apply a choke.Â The opponent must think they are winning, or they will not risk anything.Â When they get arrogant, that’s when you hit them. It worked with the Clintons, it can work with the Dems and the Deep State too.

Trump also jumped the gun with theÂ Comey /Deep state/FBI conflict.Â By firing Comey at the advice of his lousy advisors like Jared Kushner, he stepped into a Democrat ambush. Had Trump been a more patient fighter public outrage over the abuses of power by the FBI would have led to Congressional investigations of Comey rather than special counsel investigation of the pres. Some of these strategic problems were created when instead of picking his most ardent supporters like Giuliani, Christie, Stone, Kudlow, Gingrich, etc – he appointed inexperienced and later cling-ons such Priebus and the like. He needs to focus on being a patient fighter.

At this pointÂ Trump needs to understand that the government is likeÂ mafia and he is in a virtual Best of theÂ BestÂ (part two) competition where Wayne Newton says “Rules? What rules? There are no rules?? Ha Ha Ha!” When you go into this type of tournament it doesn’t matter who you “like.” It matters who is experienced enough to beat liberals bloody with professional subtlety.

Its time to assemble the martial arts team. Use a combination of political jiu-jitsu, or soft fighting where we wait for opportunities to strike with maximum efficiency, and dirty boxing counter-fighting.Â The goal should beÂ to incrementally and opportunistically wear down our political opponents. This is not a ten second bar-fight. It is the first term of an eight year reign of victory.

Perhaps Trump has already hit on this strategy, because by focusing on lowering taxes across the board but applying this incrementally, he will starve the swamp of the easy employment and steady flood of new faces that it needs. Leftism, unlike counter-fighting, does not have much endurance to it because it relies on its base becoming excited about “historic” issues, and there are few of those in real politics.

Breaking down the tax bill into multiple bills and passing them through a combination of attrition and bribery. Taking a poker-faced slower paced approach with less threats against US enemies, but then hitting them harder all the sudden instead of talking. Trump did just that when he bombed the Syrian airforce and it worked great. It would mean doing the travel ban more incrementally, country by country as they attack us. That would face fewer court barriers to being law that way.

It would mean constructing the wall and funding it incrementally, rather than all in one bill. Inch by inch, we win every issue, and take the country back. Then when we have our popularity up, and the opponents cornered, they will be mentally worn down. Then we can go for larger and larger welfare cuts. It is a matter of hitting the vulnerable spot. After all, timing and strategy are the essence in politics, just as it is in martial arts.