Why Political Correctness Is Mental Control 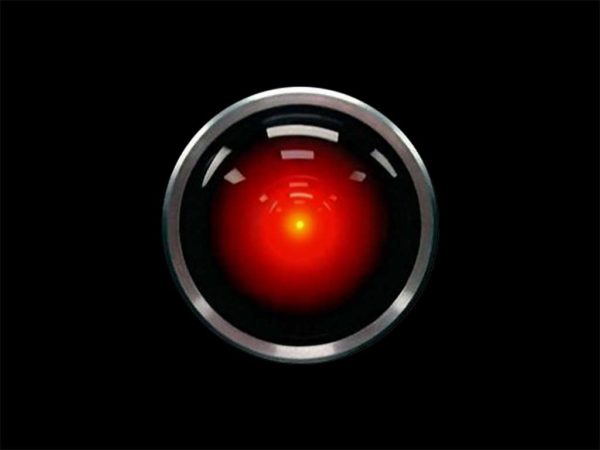 Political correctness, or the art of forcing people to certain ideological conclusions by making it taboo to express the opposite, takes advantage of the duality of the human mind: we have a creative-analytic part that comes up with options, and a personality-social part that filters out options which will fail in social situations.

As a form of inversion, or the process by which terms are made into their opposites by slowly removing the foundational concepts which form the basis for their meaning, political correctness specifies what you cannot say, leaving only what is ideologically correct according to the Left, which is the only force to wield political correctness.

We can see the reasoning for the duality of the human mind through a computational example which provides a model of consciousness:

NVIDIA achieves this by using an algorithm that pairs two neural networks — a generator and a discriminator — that compete against each other. The generator starts from a low resolution image and builds upon it, while the discriminator assesses the results, sort of like a constant critic, pointing out where things have gone wrong.

Our generator is the subconscious mind. Presented with a new stimulus, it blooms into a cornucopia of options. Those are then passed to the ego, which anticipates whether each action is consistent with the personality and the social group, and rejects those that are not. Political correctness takes advantage of this by making certain ideas seem socially unacceptable so they will be filtered out.

In a more insidious take, political correctness also serves as mental control by attempting to use the rejection of ideas by the discriminator as a means of influencing the generator, so that people believe their internal censorship comes from themselves instead of being externally imposed.

Linda Gottfredson describes political correctness as “indirect control,” which is consistent with the decentralized nature of liberal democracy:

Less striking forms of censorship directly affect many more academics, however, and so may be more important. Easier to practice without detection and to disguise as “academic judgment,” they serve to keep scholars from pursuing ideas that might undermine the egalitarian dogma.

A less obvious form of censorship, which has become somewhat common recently, is indirect censorship. It is accomplished when academic or scientific organizations approve some views but repudiate or burden others on ideological grounds. Sometimes the ideological grounds are explicit Campus speech codes are a well-known example which, had they been upheld in the courts, would have made repudiation of the egalitarian fiction a punishable offense on some campuses. The earlier (unsuccessful) attempt to include possible “offense to minority communities” as grounds for refusing human subjects approval is another example.

…This form of indirect censorship, also falling under the rubric of “political correctness,” occurs when university administrators, faculty, or officers of professional associations disguise as “professional judgment” an ideological bias in their enforcing of organizational rules, extending faculty privileges, protecting faculty rights, and weighing evidence in faculty promotions and grievances.

In our neo-Communist society, all censorship is indirect; it is better to give people rewards for censoring others, and then to destroy those who fail to conform, than to have government directly intervene. This way, people compete to enforce ideological taboos on one another and gain a sense of joy in the destruction of their fellows through ostracism and shaming.

This can be done through promotions. You do not want to be the person to promote someone who is politically unacceptable, as then your peers will not promote you. However, if you promote someone who is ideologically correct above and beyond the norm, you will gain hero points. This creates a “market” for banishing realists and promoting ideologues.

The power of the Left however is that it has no permanence, like conservatism strives for. Novelty rules, and no position is safe, so everyone must constantly scramble to prove that they are worthy. This intensifies the competition for ideological correctness:

The Old Left, such as Communism, was very much like a Godless religion; and it did have saints- such as Marx, Lenin, Trotsky, Mao. But the New Left of Social Justice and Political Correctness has only temporary idols, any of whom may be vilified and demonized at any time.

…The lesson is that modern Leftism is parricidal (as well as fratricidal), nobody is secure in their Sainthood – indeed nobody and no group is secure in the status: even Marx’s ‘proletariat’ was redefined as evil white males. Today’s Gods are tomorrowâ€™s devils.

And this is the essence of the beast: it is negative, oppositional, lives by subversion, inversion and destruction of the Good; its stance is perpetual opposition.

Stability and the status quo and tradition is attacked, but there is no alternative stable state in view; no Social Justice utopia being aimed-at; no end-point at which political correctness will say ‘enough’, ‘this is it’.

At this point, we can see that political correctness has attributes of a society consuming itself. Much as during the Terror in revolutionary France, no one is ever safe, and so people are made into servants of the power. This force people to obey and believe in political correctness in order to stay relevant and have normal lives.

This subverts the generator-discriminator relationship by forcing the generator to focus on issues other than those found in reality. The mind, awash in ideology, looks toward wholly symbolic truths and victories, and by doing so, crowds out any connection to concerns about the physical world and its future.

Unfortunately for us, political correctness is massively powerful because no one wants to be the one objecting to something that “sounds like” it will be helping protect the less fortunate against the powerful. Our human mythos involves seeing ourselves as victims because this way we can rationalize our failures.

Over time, neo-Communism produces a society where no one dares discuss controversial topics lest they be destroyed by other people seeking to advance themselves by metaphorically consuming others:

The Cato 2017 Free Speech and Tolerance Survey, a new national poll of 2,300 U.S. adults, finds that 71% Americans believe that political correctness has silenced important discussions our society needs to have. The consequences are personalâ€”58% of Americans believe the political climate prevents them from sharing their own political beliefs.

Democrats are unique, however, in that a slim majority (53%) do not feel the need to self-censor. Conversely, strong majorities of Republicans (73%) and independents (58%) say they keep some political beliefs to themselves.

If you are preaching Leftism, then you have less to hide, because you are not on the right side of history, but on the side of the forces of decay, and therefore are insulated from any consequences to your speech. Those who are in the middle, which translate to “Right” from the Leftist view, or honest Right, find themselves being something else: targets.

That explains how societies die. Dialogue drifts away from the real and toward the symbolic. People chase the symbolic because there, they can have a victory that gains them more power in the system; others compete with that and, in unison, the people of that civilization reject reality and chase their tokens, to their own doom.