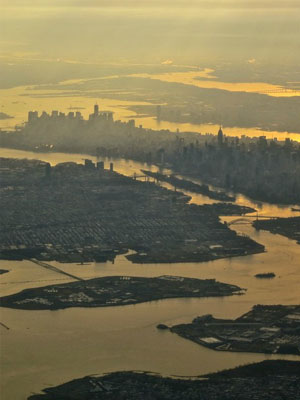 The art to making it big as a blog is to tell people that something screwed them. However, it’s best not to pick actual causes, but intermediate ones. Beating a real cause takes a lot of power. Getting a bunch of people mad at an intermediate, or mad enough to buy your book, is much more achievable.

If those of us who bring you this blog had any financial sense, we would not be identifying actual problems like crowdism or demographic decline, but looking at intermediates that make good punching bags. Obama. Christians. Corporations. Satan.

Finding a good punching bag makes you feel good. Instead of seeing the broad problem of re-organizing society, you can single out a little tiny piece and rage against it, then consider the job done and go home. It’s easier and more emotionally satisfying to find something to blame.

The only glitch is that by doing so, you miss out on the actual culprit. Such is the case with the following article, in which some people (who should know better) blame the problems of the “lost generation” or millennials on the economy:

But sometime in the past 30 years, someone has hit the brakes and Americans â€” particularly young Americans â€” have become risk-averse and sedentary…

Back in the early 1980s, 80 percent of 18-year-olds proudly strutted out of the D.M.V. with newly minted licenses, according to a study by researchers at the University of Michiganâ€™s Transportation Research Institute. By 2008 â€” even before the Great Recession â€” that number had dropped to 65 percent. – “The Go-Nowhere Generation,” by Todd G. Buchholz and Victoria Buchholz, The New York Times

Sometime in the past 30 years. What has happened since 1982?

A lot, but the biggest change has been that the social programs of the 1960s have come into full fruition. The Reagan 1980s after all were sort of a rearguard action against the encroaching liberal reforms that from 1964 onward — when the first baby boomers hit 18 — had been rising in power.

Millennials are not the first to face this decline. Before them, the Generation Xers were known as “slackers” and “dropouts” for their own tendency to retreat into the basement and shut the door on a world gone mad.

Why did they think the world had gone mad? Each individual liberal reform had bad results, but the effect of liberal reforms as a whole is that you no longer have a society with purpose. You have a giant shopping mall where nothing has any meaning, except purchasing things and individual drama

Each day, people go to work for the purpose of sustaining themselves. They have families and hobbies. But there is a sense of going through the motions and being in shock, which is why people behave like such zombies, craving power, wealth and prestige without knowing why.

And yet they are afraid to rock the boat. They are grateful for what they have, even as they are miserable. They insist they are not discontented. They pick one team to cheer for, find a reason to feel superior to others, and keep going through the motions.

The term “Stockholm Syndrome” was coined in the early 70’s to describe the puzzling reactions of four bank employees to their captor. On August 23, 1973, three women and one man were taken hostage in one of the largest banks in Stockholm. They were held for six days by two ex-convicts who threatened their lives but also showed them kindness. To the world’s surprise, all of the hostages strongly resisted the government’s efforts to rescue them and were quite eager to defend their captors. Indeed, several months after the hostages were saved by the police, they still had warm feelings for the men who threatened their lives. Two of the women eventually got engaged to the captors.

The Stockholm incident compelled journalists and social scientists to research whether the emotional bonding between captors and captives was a “freak” incident or a common occurrence in oppressive situations. They discovered that it’s such a common phenomenon that it deserves a name. Thus the label “Stockholm Syndrome” was born. It has happened to concentration camp prisoners, cult members, civilians in Chinese Communist prisons, pimp-procured prostitutes, incest victims, physically and/or emotionally abused children, battered women, prisoners of war, victims of hijackings, and of course, hostages. Virtually anyone can get Stockholm Syndrome it the following conditions are met:

Liberal society enacts those characteristics upon us:

If you find yourself wondering why every year, things seem worse and people seem even more paralyzed to act against them, consider this: people are afraid things will get worse, so they’re clinging to society in order to appease it. Like abused children, they conform — and then beg.

What makes this society so powerful is its duality. On one hand, it is permissive and so everything is “OK;” on the other hand, this permissiveness causes such vast social instability that we are each islands, trying to duck crime, abuse, isolation, poverty and other forms of social chaos.

The result is shell-shocked people who through the motions in order to avoid things getting worse. They are paralyzed by fear of what could happen, based on the fact that bad things happen all the time and nothing is done. They are psychologically scarred and coping as best they can.

These symptoms are not shocking for anyone who has observed modern people closely. They are not overt, but a society based on distraction and evasion of hard truths fits the profile of an escapist trauma victim. They most closely describe the character of our society at large.

When we look at these together with the Stockholm Syndrome, we can see how a person with PTSD would be the perfect candidate for Stockholm Syndrome. Traumatized once, and shown a small kindness, they will act to achieve more of that kindness. They will obey authority even as it pushes them toward horrible deeds.

Milgram recruited subjects for his experiments from various walks in life. Respondents were told the experiment would study the effects of punishment on learning ability…”Teachers” were asked to administer increasingly severe electric shocks to the “learner” when questions were answered incorrectly.

Shock levels were labeled from 15 to 450 volts…In response to the supposed jolts, the “learner” (actor) would begin to grunt at 75 volts; complain at 120 volts; ask to be released at 150 volts; plead with increasing vigor, next; and let out agonized screams at 285 volts. Eventually, in desperation, the learner was to yell loudly and complain of heart pain…Finally, at 330 volts the actor would be totally silent…

Milgram was shocked to find those who questioned authority were in the minority. Sixty-five percent (65%) of the teachers were willing to progress to the maximum voltage level. – “Milgram’s Experiment on Obedience to Authority,” by Gregorio Billikopf Encina, University of California

Paralysis occurs in our society because when it began falling apart, a series of tragedies occurred. The French Revolution was the first, but after that a series of wars, genocides, etc. happened. We try to play nice with our captors by reasoning that these are results of bad people or ideas among us. The more likely truth is that our society is diseased, self-destructive, a Late Roman period of collapse. It is the source of these problems.

We will remain paralyzed as long as we do what is popular and cast around for some discrete, separate entity to blame. As long as we have Satan, Hitler, Stalin or Kony to blame, we can pretend that our society is not rotting from within. The paralysis wins and we stagger onward, sleepwalking to doom.