I’d like to present to you today a statement of what I’d call “New Realism.” 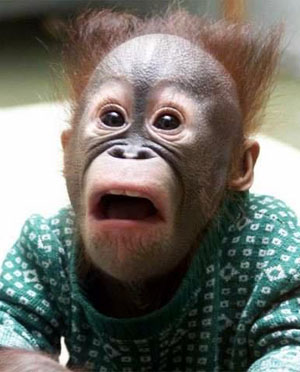 For those of us who take Plato seriously, and are alert enough to see that we could live at any stage of his civilization cycle, it’s clear that we’re in the declining stage. Furthermore, we can see the evidence all around us, as this blog chronicles among other things.

I guess when you wake up and find out that, despite all the happy admonitions from people around you who desperately want to believe what they are saying, your society is in decline you realize you have a choice: either go with the decline, or try to stand against it.

The latter is of course riskier because there’s no guarantee you’ll succeed, while on the other hand, there’s no risk in going with the flow. You’re not trying to do anything but please yourself, and you’ve written off the progress of history. You don’t want kids. You don’t care about the future after your own death. Whatever: they’re all excuses to save you from possibly failing after you declare an ambitious mission, like, say, “resist decline instead of going with the flow.”

So most people are going to wimp out, but some of us are going to want solutions, and I call this “New Realism” because we’re not conservative as much as we are realists who no longer care about the left/right divide because that in itself is an artifact of decay. True, liberalism is the cheerleader of decay, but the cause is the decay itself, and we don’t want to swat at heads of a Hydra when we can simply cut its throat.

New Realism starts with a simple principle: look at the world larger than the self. Even more, realize that it’s a smoothly functioning machine and therefore, we should try to understand it instead of yelling at it how we think it’s unfair or awful. It got us to where we are. We should take it seriously.

That viewpoint in itself clashes with more than liberalism. It clashes with modernity, or the idea that each individual should pursue his or her own desires with minimal interference by society. That mode of thought is fundamentally anti-cooperative and therefore causes a society perpetually at war with itself that needs increasingly powerful methods of control to keep the yobs, proles, drones and disaffected underachievers in line.

New Realism bypasses the whole mental holocaust of debate engendered by the individualist/control struggle in our society. Instead, we assume there’s a mathematical or logical reason behind the patterns of nature, and adapt to them. I know: really obvious. But also taboo, which in a dying society may be a sign of truth.

Humans have spent uncountable time trying to understand their problem, but like someone who has left his glasses on his head and can’t see them, they just can’t seem to land a fist on the problem. As in most cases, they have failed to look deeply enough toward the assumptions we make about how reality works. In doing so, they have confined themselves in a human perspective and used it to supplant knowledge of the world as it is.

From this fundamental solipsism, all of our problems emerge. We know life through conclusions we make about facts; those conclusions replace facts. This means that we no longer know things outside of ourselves, but know only their effects on us or people like us, blinding us to any view beyond the individual end result. Process, cause/effect, even wider implications are off our radar entirely.

We were able to keep our delusion in check when every day meant a confrontation with reality on a farm or when hunting. But as civilization grew, we enabled ourselves to drop out of reality entirely. Around that dropping out a movement sprang up, called liberalism, which with a defensive and reactionary view of the world lashed out at any aspect of society that demanded individuals pay attention to reality instead of their own desires.

Our solution is simple: shift to a perspective of the whole, including time, so that we see “process” instead of “end result” (conclusion about effect on us or people like us). This simple but fundamental alteration allows us to escape the ghetto of human thinking and see reality more as it is, and in addition, allows us to act on consequences instead of our conclusions about consequences to us personally.

If the failings of the industrial age have taught us one thing, it’s that any society which does not notice pervasive problems is somehow very broken. That break occurs when individuals stop paying attention to anything but themselves, and therefore ignore bad effects on the reality shared by all. We cannot blame government, religion or history for the fact that oblivious individuals ignoring problems just perpetuate those problems.

Looking at life from a wider perspective than the human individual is the eternal taboo. It is not polite; affirming the worth of every single person is. But it is realistic. Seeing life as sacred, and individual lives as a means to that end, is far closer to how reality operates than pretending that effects on an individual somehow define reality. The wider perspective scares us because in it, we are tiny, mortal and insignificant.

However, that in turn mirrors the challenge to ourselves as a species: to evolve to a state beyond self-consciousness where we are aware of the world as an interconnected whole, and therefore, can accept our own mortality and insignificance as part of a larger, more important process. Any species that does that will overcome its infighting and pretense, and go on to explore the stars; any species that does not will devolve to its proximate ancestor.

In practical terms, our goal is a society that:

* Accepts biological determinism. Intelligence is innate and cannot be changed. For this reason, we should quit dicking around with jobs and false assessments and just group people by intelligence so they might find each other and produce children who preserve their abilities. Furthermore, people should have roles according to their abilities, not their willingness to endure more workplace hours than others.

* Recognizes the desires of the average person are infinite and will be destructive unless stopped. That’s right: “freedom” and “equality” are no longer the goals because they encourage reckless, unstoppable, and selfish consumption. Instead, all consumption should be seen as a means to an end, and any reckless consumption as a sign of mental derangement.

* Preserves two-thirds of usable land in its natural state, undivided by fences and unpolluted. This allotment would preserve ecosystems, not just patches of land, by allowing the thousands of creatures and plants who interact as part of their reproductive and life cycles to do so unmolested. That in turn preserves their genetic health, and through allowing natural competition, keeps them healthy as species.

* Recognizes the need for competition, and is committed to the principle of rewarding those who do well, or are more competent, over those who do poorly, do evil, or are less competent. Life is not fair. Some are gifted; they should be promoted. Others are not; they should not be rewarded. That is natural selection and while it makes people afraid, it’s what promoted us above apes and what will get us to the next stage as well.

* Sacralizes role, replacing authority/control models with those of duty to an ideal. The best goals are those which can never be attained but can always be approximated; if we organize a society around such goals, leadership occurs as a matter of achieving those goals, and is not justified for its own sake (obey the law because it’s the law). By making these roles sacred, we unite participants and leaders in a non-adversarial relationship.

* Seeks unity among each of its parts. People united by heritage, values and culture — themselves a product of the natural selection that produced that group — need fewer laws, far less control, and have less internal strife because they are all headed in the same direction. What separated us created us, and the different approaches taken by each population need be preserved and nurtured.

We recognize these terms seem on the edge of taboo now, but as the failings of the industrial age manifest, it becomes apparent that we need a new direction, not another flavor of our existing political, legal and social systems.

Our society cannot offer that to us because, by being based on “freedom” and “equality,” it is unable to say NO to individuals who are doing passively destructive things. As a result, it cannot stop itself from being an ongoing disaster.

As this disaster culminates, there will emerge a group of citizens who are willing to accept the negative aspects of what we propose in order to gain its salient positive aspect, which is a self-regulating, positively-directed society.

They will be opposed by the irrational who fear more for themselves than they want a good result for all of us, and as time goes on and problems proliferate, we will recognize that behavior as what it is, a mental disease, and act accordingly.

Reality, by the nature of being a process, never exists in a state that is purely good or bad. This is the challenge of existence: to accept that over the long term, good comes from the struggle between good and bad. Our future will be defined by the separation between those who see this and those who cannot.

I don’t care if you like it, but I hope you recognize its potentially accurate representation of the task of biological adaptation to the shared space of objective interaction known as reality, a.k.a. “realism.”