Leftists Do Not Understand Nationalism 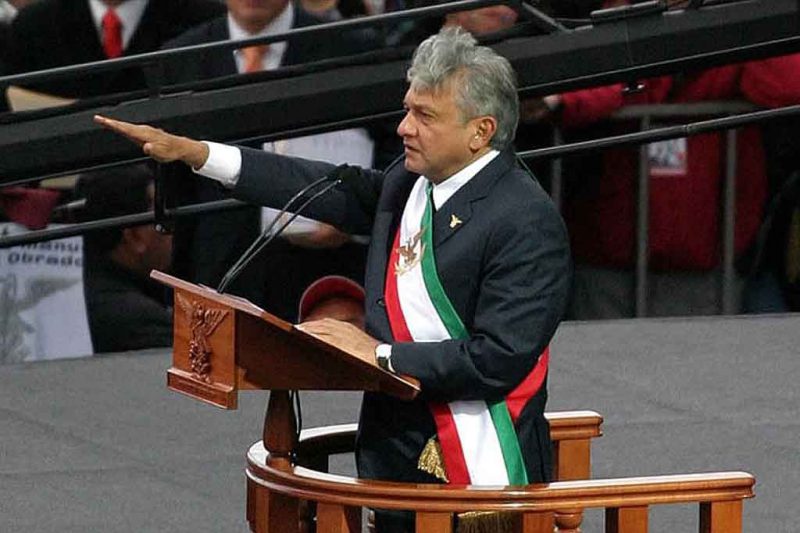 Increasingly many of us have come to see Leftists as simply mentally disordered people. They are unable to visualize complex solutions, or even layers to an issue, so instead they demand simple one-stop fixes and require a single big idea — like equality — around which they can orient their thinking.

One of the (many) things that Leftists do not understand appears to be nationalism. We all know what nationalism is; WW2 was fought against the nationalist powers of Japan, Germany, and Italy; nationalist China fell shortly after the war.

Nonetheless, Leftist zombie droids in the media consistently refer to nationalism as a type of patriotism, despite those being opposites.

They could simply attempt to understand nationalism:

Nationalism is the belief that political groups should be constructed around the idea of “nation,” or population group unified by culture, heritage and language.

As such, Nationalist is “rule by culture” where cultural values come before profit motive or popularity, which enables forward-thinking leadership instead. With profit motive, every object and idea and person is for sale, and society leads itself in circles. With leadership, society determines its goals and moves toward them.

Patriotism, as one might guess, is a type of “proposition nation.” It holds that anyone who waves our flag, serves on our soccer teams, believes in “muh Constitution,” and obeys a bare minimum of behavioral standards (“assimilation”) is one of us. Conservatism destroys itself with patriotism, which is worship of the State, not its people.

Again and again history shows us that every group acts in its own interests alone. We cannot con, cajole, coerce, or mandate by law others into compliance with who we are; at best, we are merely wasting time until they have a minority majority and can impose their standards on the rest of us.

For an example of this process, look no further than the history of different types of minority groups in North America, starting with le French:

What’s more, given their ever-increasing demographic and electoral weight, Godin saw recruiting new Québécois to his cause as a matter of necessity. In his vision, these new arrivals would adopt both French and a Quebec first identity – and eventually vote to separate from Canada.

It was a bold vision, and so far it has been a failed one. Despite Godin’s best efforts, the Parti Québécois has consistently failed to convince immigrants to its side. In 1995, about a year after Godin’s death, the PQ held a referendum on Quebec sovereignty. The “No” side won by all of about 54,000 votes. In his concession speech, the PQ premier, Jacques Parizeau, blamed “money and some ethnic votes” for the loss.

…Godin once sought to welcome newcomers to the sovereignist fold; the PQ’s current leader echoes the sentiments of America’s 45th president. How did Quebec’s nationalist movement become what it once decried: old, almost uniformly white and less focused on achieving a country than how immigration is purportedly reshaping demographics of the existing province for the worse?

Leftists do not understand that “achieving a country” requires concern for “how immigration is…reshaping demographics.” A country is its demographics; it either supports its native people or they cease to exist, replaced by a mixed-race group as is common in most nations on Earth.

Even more, Leftists do not understand that a country is not the State; it is not its sports teams, its economic policy, its political direction, or its lawyers. A country is an organic ecosystem created by the different groups within an ethnic population, and to be alive, it must first and foremost preserve itself.

Demographics is destiny because every group votes in self-interest only. All that “American Conservative” style blather about adopting the Constitution, waving the flag, “working hard,” and “assimilating” by choking down Budweiser, Big Macs, and democracy’s little foibles is just blather and bloviation, chosen out of laziness because it calls no one to urgent action. Fat bloated patriotards on Chinese-made sofas love it however.

Immigrants to Quebec will never vote for an independent Quebec because that would strengthen the original occupants of a territory that these immigrants ultimately hope to possess. They want the silly white people there to have less identity, less of a sense of the right way of doing things, and more to simply fade away in a miasma of depression, neurosis, self-pity, egodrama, reproduction-crushing careers, and hopeless foreign wars.

In the same way, immigrants to the USA act in ethnic self-interest and only that when voting:

There was another factor. As the population of the city and the borders of the district changed, Crowley had become a demographic anachronism. The Fourteenth is now twenty-two per cent white and fifty per cent Hispanic. Ocasio-Cortez, though, did not merely invoke her affinity with the new face of the neighborhood. One of her most effective strokes was a two-minute-long video, the creation of Naomi Burton and Nick Hayes, D.S.A. activists from Detroit, who started Means of Production, a media-production company, and set out looking for working-class-oriented campaigns. They learned about Ocasio-Cortez on Facebook and sent her a direct message on Twitter. For less than ten thousand dollars, they produced a soulful social-media-ready film that showed the candidate in her apartment, on a subway platform, in a bodega, talking with a pregnant woman, to kids selling cupcakes. All the while, in voice-over, she speaks directly to the viewer:

Women like me aren’t supposed to run for office. I wasn’t born to a wealthy or powerful family. . . . This race is about people versus money. We’ve got people, they’ve got money. It’s time we acknowledged that not all Democrats are the same. That a Democrat who takes corporate money, profits off foreclosure, doesn’t live here, doesn’t send his kids to our schools, doesn’t drink our water or breathe our air cannot possibly represent us. What the Bronx and Queens needs is Medicare for all, tuition-free public college, a federal jobs guarantee, and criminal-justice reform.

…At dinner, Ocasio-Cortez bristled at the establishment dismissals. She did not doubt that there were many factors in her win—her identity as a young woman, as a Latina, as a daughter of a working-class family—but she had also out-organized a party boss, hammered away at immigration and health-care issues, and brought out new voters.

This result should not surprise Democrats; it is entirely their creation. From the Hart-Celler Act in 1965 to the manic demands for more immigration today, Democrats are counting on the fact that third world people always vote Leftist.

If they could, they would import Venezuelans. Any population whose response to being robbed by a socialist leader is to elect another socialist is a perfect voting base in the Democrat mind. However, as usual, cleverness and evil fall short of intelligence, as the Democrats are finding out.

The voter base is not voting consistently Democrat; they are voting Democrat when it fits their demographic profile. They will never vote Republican, even when the cucks trot out another diversity candidate or ¡Jeb! style collaborationist. Yet, they will not vote for white Democrats either, if they have an option.

This is why the Left’s grand plan is not coming to fruition as much as expected; to get the base out the door, they need to run Obamas, Muslim Obamas, Hispanic Obamas, Indian Obamas, and Asian Obamas. This means that the white elite of the Democrat party has lost control of its future because its voters have an agenda of their own.

Witness how openly Leftists discuss demographics as a means to permanent power:

“Democrats hope demographic changes will translate into a win in November,” wrote The Nation magazine a while back. “Arizona, the second fastest-growing state…brimming with Latinos and Independents [is] where the bloodiest fight is likely to take place,” correspondent Marc Cooper trumpeted. Liberal writers of all stripes have been bullish in recent years on the Democrats’ prospects in this southwestern state long associated with Barry Goldwater-style arch conservatism. “[C]onsider the influence of ongoing demographic changes in the state which have been steadily increasing the percentage of minority eligible voters, mostly Hispanics, and reducing the share of relatively conservative white working-class voters,” wrote Ruy Texeira in the New Republic, arguing that Arizona is a state that’s ready to “flip.”

…A new POLITICO/AARP poll shows Democrats ahead by 7 points in generic ballots in both the governor’s and Senate races. But to actually win statewide elections in this highly ethnically polarized state, Democrats will need to juice turnout among younger and especially older Latinos, who have tended to vote at lower rates than other voters in their age group — who also are trending ever more Republican. And not just in purplish Arizona: All across the U.S. Southwest, Latino voters could be the key to flipping Republican strongholds from red to blue, if only the Democratic Party can figure out how to get enough of them to the polls. Solve that mystery, and even a GOP-dominated state like Texas could suddenly be in play.

And yet, Leftists do not understand nationalism, which like capitalism is a formal understanding of a natural tendency of human beings. These natural tendencies arise in response to the demands not just of our specific time, but of life itself. It is useful to have a tribe. Trade is useful too.

If Leftists had any clue about nationalism, they would realize that the Quebec independence movement is not “too white,” it is all French-descended people. They would also see that the people who elected Alexandria Ocasio-Cortez did so because she is one of them, something a white politician can never be.

As with most Leftist plans, the great diversity experiment will end in failure. Its collapse will dispossess WASPs and other European-descended groups and replace them with a third world group that will never recover the greatness of what it is trying to replace.

The old saying goes that the road to Hell is paved with good intentions. Leftists do nothing but destroy because their good intentions exist only in their oversocialized, bourgeois, consumerist bubble and fail when confronted with reality. Their diversity policy merely extends this failure to genetics as well.